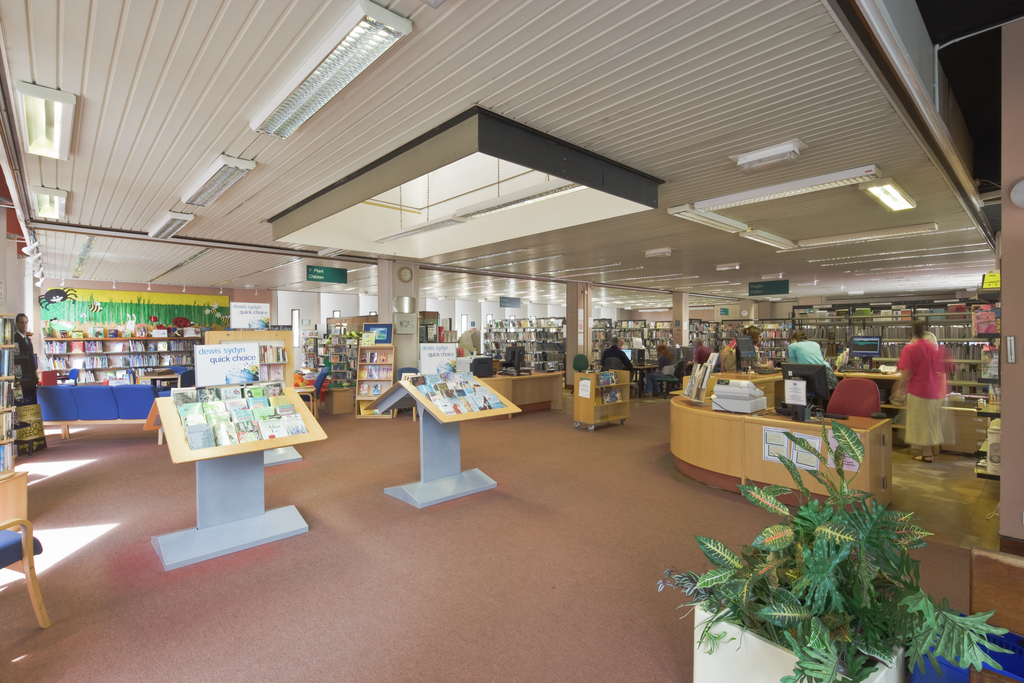 As a result of Andrew Carnegie’s impressive generosity, by the start of the 20th century, many Welsh towns had striking buildings where people flocked to borrow books and read newspapers for free. However, local town councils often agonised over the cost to the ratepayer and rural areas generally missed out. The determination of Lloyd George’s government in 1919 to build a better country after the trauma of the First World War led to a Public Libraries Act where responsibility for public libraries was given to county councils. For the first time, free library services were funded all over Wales and new ideas were tried such as using mobile libraries and adapting existing village halls in rural communities.

Wales’s emergence as a nation with its own institutions influenced the way people discussed the future of libraries. In 1930, Sir William Llewelyn Davies, then National Librarian, urged county councils to work together to create one national catalogue of books to enable them to be lent across Wales. In 1931, a Welsh branch of the Library Association was established. The end of the Second World War gave a fresh impetus to provide opportunities for people to benefit from evening classes and cultural events held in libraries.

The mid-1950s to the 1970s was the golden age of the Welsh public library. County libraries and branch libraries opened all over Wales, many providing important access to Welsh- language books. Pembrokeshire County Library in Haverfordwest opened in 1969 with a distinctive sculpture representing an open book by David Tinker.

The establishment of the College of Librarianship Wales in Aberystwyth in 1964 was highly influential in training professional librarians increasingly through graduate and post-graduate courses. Purpose-built branch libraries replaced ageing Victorian buildings. The Thomas Parry Library opened in 1972 was a state-of-the-art academic library.

Since 2000, public libraries have been re-purposed as digital spaces providing free access and training for those unable to afford their own computers. Wales was a pioneer in creating library services for young people. In the 21st century, public libraries continue to be safe community spaces welcoming to all.

The 20th century also saw a revolution in the libraries built at Welsh universities and colleges. In 1927, Coleg Harlech was founded to provide opportunities for working people who had missed out on education. It was housed in Plas Wernfawr, an Arts and Craft house built in 1907 for George Davison, an eccentric millionaire who supported many socialist causes. The library, designed by a local architect Griffith Morris, was added in 1939 and generations of students benefited from studying there until Coleg Harlech closed in 2019.

In the 1960s and 1970s, the library became the focal point of the university campus; the Hugh Owen Library at Aberystwyth University opened in 1973 and replaced the Victorian library in Old College on the prom. Also in 1973, Swansea University’s South Wales Miners’ Library opened preserving the collections of Miners’ Institutes as they closed. It still supports adult education as did the local Workingmen’s Institutes, many now lost in their communities. The Welsh School of Architecture at Cardiff University designed several library buildings, including the library of Trinity College in Carmarthen.

Wales’s libraries from the National Library to the small branch library and the digital academic library continue to respond to the challenges of providing access to information and knowledge for all. The designer of Pillgwenlly Library, Newport, had ‘Knowledge is Power’ carved above its doors in 1889; this was echoed in 1996 by the Manic Street Preachers in their song ‘A Design for Life’ with its opening line: ‘Libraries gave us power’!