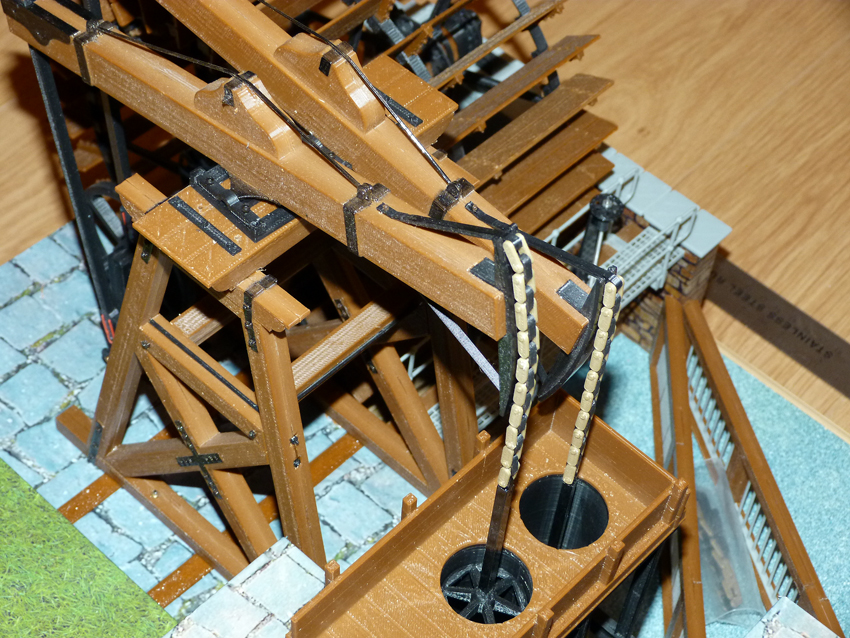 This beautiful model of Melingriffith Water Pump was designed, and produced, on a 3D printer by Roger John. Exhibited at the annual Conference of Industrial Archaeology and the Inland Waterways Association Conference, and the focus of several talks, this model wonderfully depicts the level of geometrical complexity which can be achieved using modern technology, and also demonstrates how representations of mechanical technology from a previous age can be brought to life in such an immediate and engaging way by new media. We are immensely grateful to Roger John for allowing us to show his images. 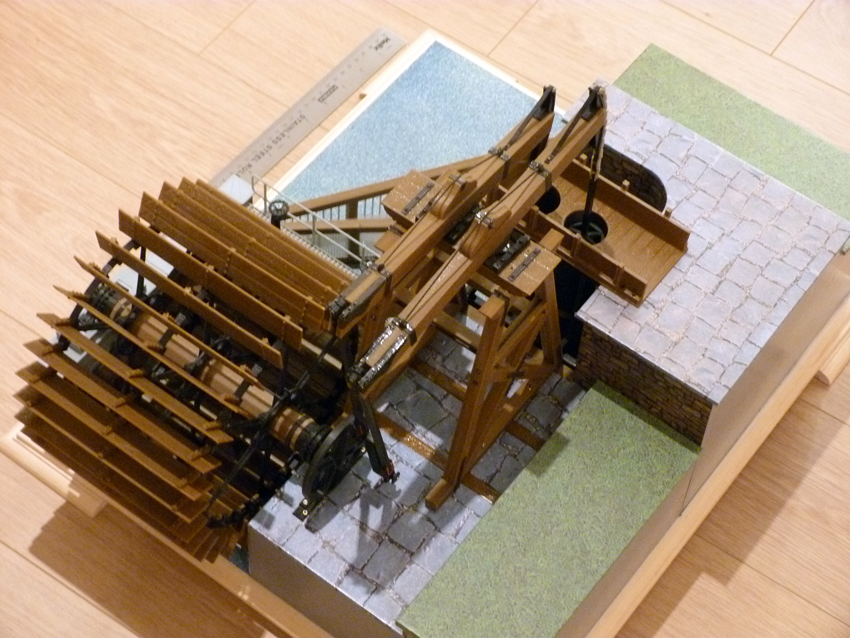 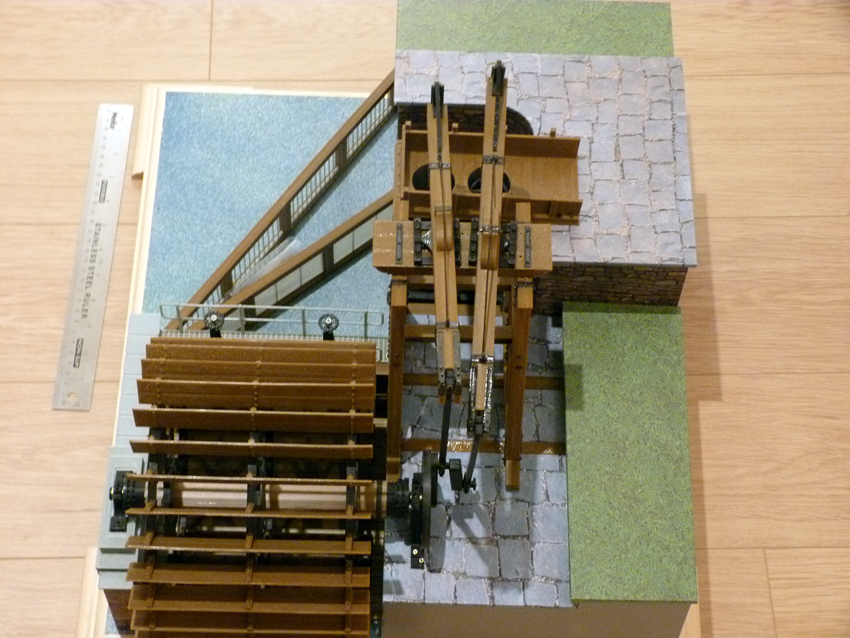 The original Melingriffith Water Pump (NPRN: 34441), Whitchurch, near Cardiff, was designed by Watkin George, an engineer at the Cyfarthfa Works, in 1793. Its purpose was to pump water from the Melingriffith Tinplate Works (NPRN: 40456) back into the Glamorganshire Canal. The current water pump, renovated in the 1980s and again in 2008-2011, is believed to be an 1807 replacement designed by John Rennie.

Further details and images of the pump can be viewed at http://www.coflein.gov.uk/en/site/34441/details/melingriffith-water-pump-melingriffith#site-details