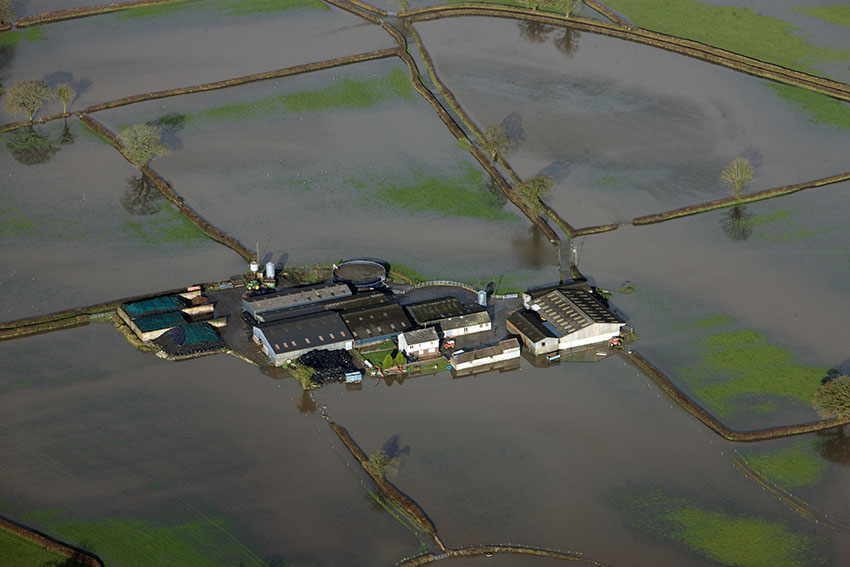 This plan aims to encourage collaboration and action across all sectors that will:

The sector adaptation plan is aimed at policy and plan makers, including the Welsh Government, local authorities and other public and third sector organisations, as well as non-governmental organisations, including academic institutions. All of these organisations have a vital role to play in developing and implementing the actions identified in the plan.

The plan builds on the findings of the HEG report, A strategic approach for assessing and addressing the potential impacts of climate change on the historic environment of Wales, and the strategic actions identified in the Welsh Government’s climate change adaptation plan, Prosperity for All: A Climate Conscious Wales.

⬇️ A Strategic Approach for Assessing the Impacts of Climate Change on the Historic Environment 2012
PDF 1.55 MB

CASE STUDY
In early January 2014 a series of storms battered Aberystwyth Promenade damaging many structures including the grade II listed Bathrock Shelter, which dates from the 1920s.

CASE STUDY
Waun Fignen Felen is an important Mesolithic archaeological site, a place used over several millennia as a hunting location by populations exploiting the uplands.

CASE STUDY
The scheduled monument of Dinas Dinlle is a dominant hillfort lying on the north Gwynedd coast on the top of glacial moraine, designated as a Site of Special Scientific Interest for its geological significance.

CASE STUDY
Over a three-week period during the summer drought of 2018, the Royal Commission on the Ancient and Historical Monuments of Wales (RCAHMW) aerial archaeologist captured around 4,000 high resolution images which resulted in the discovery of approximately 100 new historic assets.

CASE STUDY
The spread of Ash Dieback is now present across the whole of Wales and will have a major impact on the landscape.

CASE STUDY
Farmland includes archaeological sites, buildings such as farmsteads and their associated farm structures, and agricultural landscapes whose character may be strongly influenced by historic field systems and boundaries.