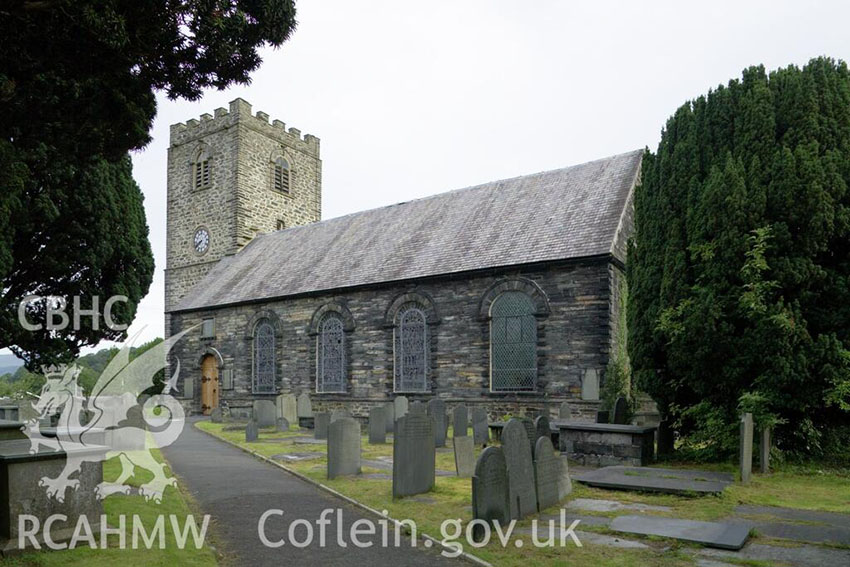 At the Cock’s Crow: Y Plygain – an Early Morning Christmas Service in Wales

In Wales, there is a unique service held in both churches and chapels around Christmas and New Year: this is ‘Y Plygain’. It is thought that the Welsh word ‘Plygain’ is derived from the Latin, pulli canto, or cock crow as the services were originally held very early in the morning.

The service survived the Reformation and was commonly held in Welsh churches at 5 or 6 o’clock on Christmas morning. By the 20th century, the service had largely died out except for rural Montgomeryshire and parts of Merioneth, although my grandmother remembered attending Plygain in Llangennech church, Carmarthenshire in the 1920s. To keep awake until dawn, many families in north Wales would make cyflaith (toffee) on Christmas Eve. The Plygain service included a reading or sermon from the vicar or minister. The usually packed congregation would be eagerly waiting for the carols to begin. Plygain carols were sung to folk tunes by individuals or small groups. There was no order, people would walk to the front of the church and sing their carol, sometimes from their own family carol book. No carol would be sung twice, and the appreciative congregation would crowd the church until 8 o’clock when breakfast would be served in the local inns.

An account of a Plygain service in St Mary’s Church, Dolgellau, in the 1830s was given by William Payne in 1895. He recalled that early on Christmas morning the streets rang with the sound of clogs as people hurried to get a good seat in the church. The church was decorated with chandeliers made from tin with the candles surrounded by holly which were hoisted to the roof. Siôn Robert, the shoemaker and his wife walked to the front of the congregation and sang a favourite traditional carol to start proceedings. This was followed by a hymn and the vicar’s sermon before other groups sang their carols until by 8 o’clock everyone was ready for breakfast. There was strong competition among the taverns for custom with Robert Williams, landlord of the Skinner’s Arms, and Evan Jones of The Swan considered to provide the best meal. In the afternoon the young men played football in the streets and celebrated the day.

St Mary’s Church, Dolgellau, was rebuilt in 1716 as the medieval church was in a ruinous state. The earliest reference to a church in Dolgellau was made in 1254 and many travellers noted the tradition that the bells were hung in the yew trees in the churchyard. The existing church is built of local stone with the arcades between nave and aisles constructed of tremendous oak beams – supposedly brought over the nearby Bwlch Oerddrws pass by oxen from Dinas Mawddwy. Parts of the tower may be older than 1716 and the fourteenth-century effigy of Meurig ab Ynyr Fychan, Lord of Nannau, survives from the medieval church. A curious feature of some of the gravestones are the game boards and other markings cut on the stones after they were erected.

The tradition also survived in the church of St Tydecho, Mallwyd, and has recently been revived by local singers. St Tydecho was thought to have been a sixth-century saint from Brittany who protected animals and the oppressed. The style of the present church is vernacular with a wooden tower bearing the Latin inscription ‘SOLI DEO SACRUM ANNO CHRISTI MDCXL’ (‘Only God is holy, in the year of Christ 1640’). The medieval church was rebuilt by Dr John Davies after he arrived as vicar in 1604. John Davies was an important figure in Welsh literature, particularly for his contribution to the Welsh translation of the 1640 Welsh Bible. He was also an avid bridge builder and three of his bridges survive in Mallwyd. In the early twentieth century two large bones, thought to be whale bones were dug up in Cae Llan and placed above the church porch. Mallwyd was infamous during the sixteenth century as being the home of ‘Gwylliaid Cochion Mawddwy’, the Red Bandits of Mawddwy who preyed on travellers and murdered Baron Lewis Owain.

The Church of St Michael, Llanfihangel-yng-Ngwynfa, Montgomeryshire, was a popular venue for Plygain services. Llanfihangel-yng-Ngwynfa is a rural village famous for being the birthplace of the noted Welsh hymn writer Ann Griffiths. Ann died aged 29 in 1805 and her hymns survived by being committed to memory by her maid and friend Ruth Roberts. One of Ann Griffiths’ hymns ‘Rhyfedd, rhyfedd gan angylion (Wondrous, wondrous by the angels) was a sung as a Plygain carol. The thirteenth-century church was replaced in 1863 but retained its original medieval bell. In January 2020, over 200 people packed the church for the final Plygain service to be held there before the church closed.

The Montgomeryshire town of Llanfyllin near Welshpool retained the Plygain tradition and special Plygain candles were made locally to light the church for the service. Llanfyllin received its charter in 1293 from Llywelyn ap Griffith, the last native Prince of Wales. It was a town which prospered from malting, woollen and tanning industries and the church of Saint Myllin is of ancient origin. Saint Myllin was traditionally an Irish monk who founded the church in the seventh century. The existing church was built in a period of prosperity in 1706 from local red brick. Plygain services are held today in the Tabernacle Calvinistic Methodist Chapel founded in 1805. The existing chapel building was built in 1905 during the Welsh Religious Revival. Nineteenth-century accounts of Plygain services confirm that Anglicans and Nonconformist congregations joined in the church for Plygain services although the decline of the Welsh language has resulted in many Plygain services which are held between December and January now being arranged in Welsh chapels such as Tabernacle in Llanfyllin. The traditional Plygain breakfast has been replaced by the Plygain supper as most services now take place in the evening.

An excellent and highly informative post – thank you very much!

A very useful account — thanks for sharing! By hook or by crook, these old traditions must be kept alive, in the real world and in the world of fiction.