CBHC / RCAHMW > News > Black History Month: Piercefield House the story of a Plantation Owner, the son of an Enslaved Person, and a Picturesque Mansion in Monmouthshire 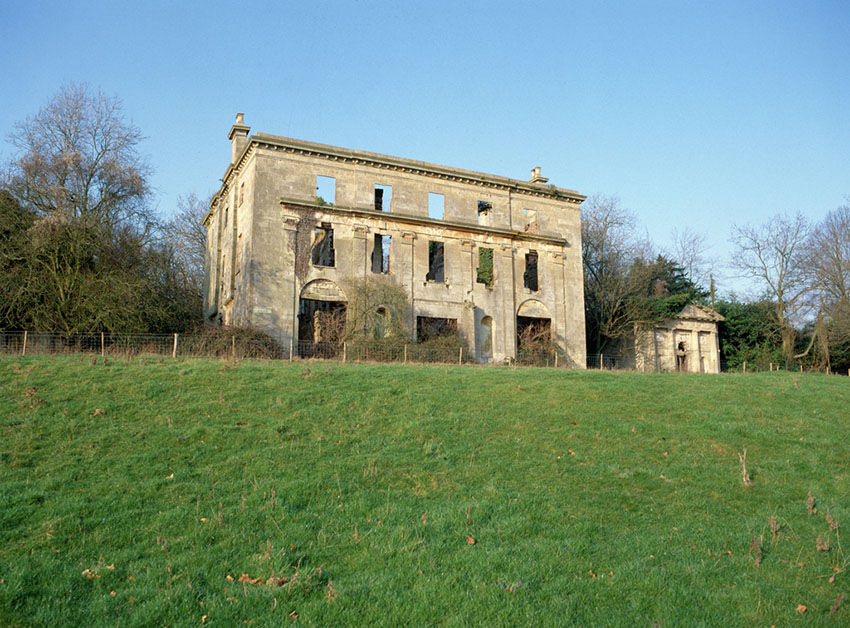 Black History Month: Piercefield House the story of a Plantation Owner, the son of an Enslaved Person, and a Picturesque Mansion in Monmouthshire

We are celebrating Black History Month by looking at the remarkable historical associations of Piercefield House, Monmouthshire, now part of Chepstow Racecourse.  Piercefield House was considered one of the finest country-houses in Georgian Wales and the landscaping at Piercefield acquired fame in the late eighteenth century as part of the quintessentially picturesque Wye Tour.  It is less well known that Piercefield was also associated with wealth partly derived from the slave trade.  Piercefield was one of several houses in Wales built or maintained by West Indian ‘nabobs’, the conspicuously wealthy men who had made their fortunes in the Caribbean. Other houses include Slebech in Pembrokeshire (built by Nathaniel Phillips) and Penrhyn Castle (rebuilt as an extensive fantasy castle for George Hay Dawkins-Pennant  between 1820–1837) both built from the profits of Caribbean plantations with enslaved workers.

The history of Piercefield is extraordinary, if not unique, as it was owned successively by two unconnected nabob families, one of whom, remarkably, was the son of an enslaved person. Piercefield was bought by Valentine Morris (d.1743), a wealthy plantation owner whose family were well connected in the Caribbean and North America.  His son, Valentine Morris II (1727–1789), remodelled the house and went on to establish the ‘sublime’ walks which were a ‘must-see’ stop on the fashionable Wye Tour.  According to Archdeacon William Coxe’s History of Monmouthshire (1801: 392), Piercefield ‘since the improvements of Valentine Morris has become the ornament of the county’.  Morris spent and entertained lavishly and lived in a ‘style of princely rather than private magnificence’ and treated visitors ‘with a liberal but ostentatious profusion’. Morris eventually overreached himself financially, especially in contesting the 1771 election against the Tredegar interest, and was forced to sell Piercefield and return to the Caribbean.  After a period in public office, he returned to Britain, still financially broken, and was imprisoned for debt.  The remains of Morris’s house were later incorporated as service rooms in the remodelled house, and the walks around Piercefied are now part of the Grade I Registered Piercefield Park.

Piercefield was later bought by Nathaniel Wells (b. 1779), another West Indian ‘nabob’, though remarkably born into slavery. Wells (born in 1779) was one of at least six children of William Wells (1730–1794), a St Kitts sugar planter and merchant. His mother (d. 1811) was one of the people enslaved by his father. William Wells, born in Cardiff, went to St Kitts about 1749 and eventually acquired three sugar plantations, the largest of which was Vambells. He fathered children by at least three of his household slaves, some of whom he freed in his will. The bulk of his estate was left to his only surviving son, Nathaniel, whose mother was an enslaved woman called Juggy (possibly a pet form of Judith). William Wells died in 1794, leaving his son Nathaniel his three plantations and a fortune amounting to an estimated £120,000.

Biographers have pointed to the paradox that Nathaniel Wells, son of a slave, nevertheless continued to own slaves and plantations.  The paradox was compounded in 1837 when Wells was paid compensation of £1400 9s 7d. for 86 slaves on estates in St Kitts.

In 1802 Nathaniel Wells bought Piercefield House and Park for £90,000, later making additions until it reached almost 3,000 acres.  Wells was a respectable landowner without political ambitions but held various county offices:  in 1806 he was appointed a justice of the peace and on 24 January 1818 Wells almost certainly became Britain’s first black sheriff when he was appointed sheriff of Monmouthshire. He was later commissioned as a lieutenant in the Chepstow Troop of the Yeomanry Cavalry of Gloucestershire and Monmouth, apparently only the second black commissioned officer in the armed forces and probably the last until almost a century later.

Wells was content to maintain the house and walks at Piercefield.  He was buried in St Arvan’s Church in 1852 where he had been a long-serving churchwarden and benefactor, paying for the distinctive octagonal church tower in 1820.  There is a memorial on the south wall of the chancel which reads:

Nathaniel Wells of Piercefield, esqr., A magistrate and deputy lieutenant of the county of Monmouth, who died at Bath May 13th, 1852, aged 72 years.

The house and gardens at Piercefield, although now derelict, are an important architectural/archaeological legacy.  The house is listed grade II*. The house had become derelict after purchase by the Chepstow Racecourse Company in 1923.  The story that it was used as target practice by American troops in World War II is described as probably ‘apocryphal’ by John Newman in The Buildings of Wales: Gwent/Monmouthshire.   A campaign to save and restore the building was launched by SAVE Britain’s Heritage in 2013 with Marcus Binney describing the dereliction at Piercefield House as ‘heartrending’.

Nicola Roberts (with thanks to Adam Coward and Richard Suggett)

J A H Evans in the Monmouthshire Antiquary (2002)

Michael Freeman’s extensive entry on Piercefield on his website: https://sublimewales.wordpress.com/attractions/mansions-and-grounds/piercefield/ A Radio 4 documentary by Professor Gretchen-Gerzina on Britain’s Black Past explored the paradox that although Britain was at the centre of the slave trade it was still possible for some people of black African / West Indian heritage to settle in Britain in the eighteenth and nineteenth centuries.  Some achieved prosperity but only Nathaniel Wells became part of gentry society.

Thank you for this fascinating account. The Foster Barham family of Trecwn, North Pembrokeshire were among other landowners in Wales to have property in the West Indies.