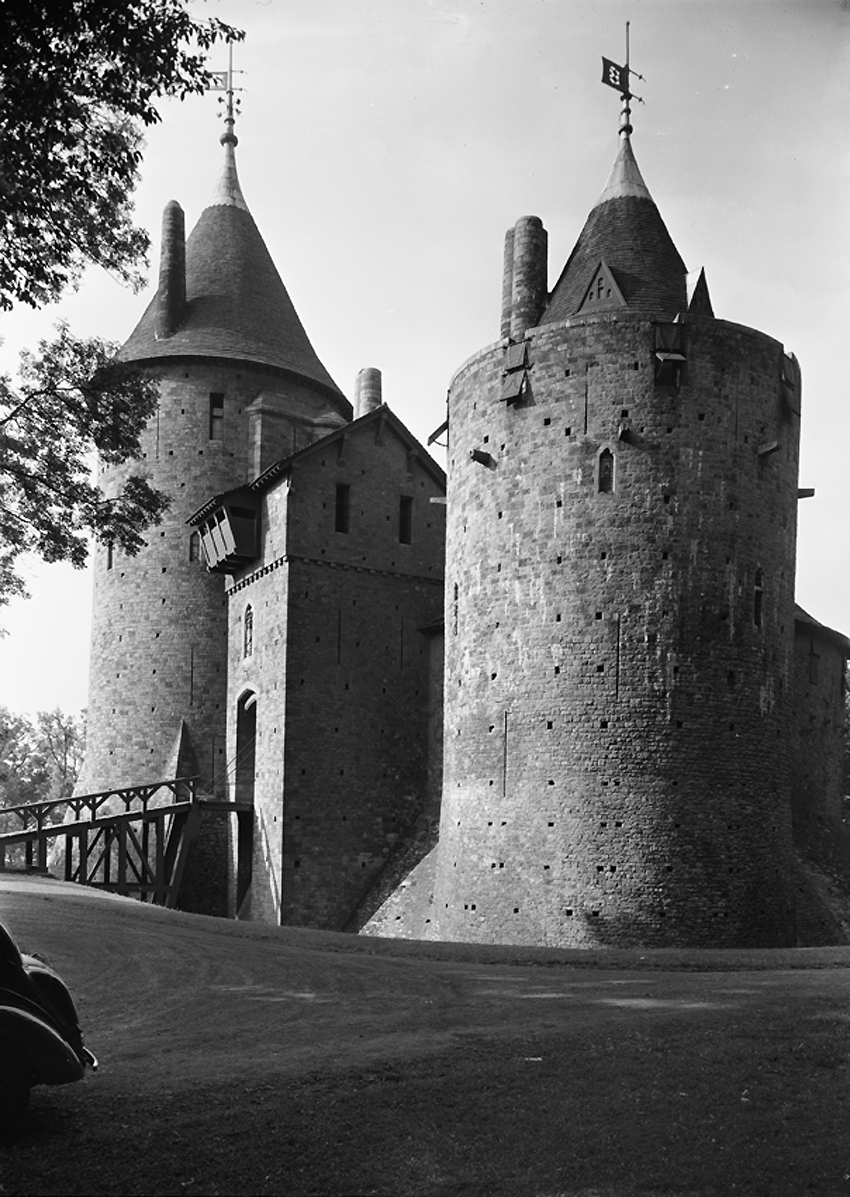 2016 marks Castell Coch’s 125th anniversary year and to celebrate, the Welsh Government’s historic environment service (Cadw) has released an archived suite of images of the site as it reopens (Feb 2016) following the winter break.

Released in partnership with the Royal Commission on the Ancient and Historical Monuments of Wales, the collection of images spans multiple decades, from the site’s 1891 re-build up to the present day.

Partly taken from the Royal Commission’s archive (the National Monuments Record of Wales) this specially selected collection contains some of the oldest and most intriguing photographs ever taken of Castell Coch – from black-and-white interior shots taken in the 1940s, to a grainy Victorian photograph of the castle during construction, and even historic snaps of the site from above.

In addition, iconic shots from the site’s more recent past – including a shot of its latest ‘Frozen’ makeover in December 2015 – are featured, offering a modern perspective to the much-photographed monument.

Together, the photographs show how both the landscape around the castle and the progression of photographic technology has changed over the course of 125 years.

Boasting a long and rich history, Castell Coch was built upon the ruins of a medieval fortress once known as ‘castrum rubeum’ or ‘the red castle’ – a site which lay in ruins for centuries before its revival at the hands of the Third Marquess of Bute and his architect, William Burges.

Since its completion in 1891, Castell Coch has transformed from a decadent holiday home into a romanticised historic monument, welcoming thousands of visitors each year.

Ken Skates, Deputy Minister for Culture, Tourism and Sport said: “The collection of images celebrating Castell Coch’s 125th anniversary reveals a series of unfamiliar, historic and unique images of Castell Coch through the decades in a bid to celebrate a site which is greatly admired for its extraordinary Gothic design and historic appeal.

“The collection offers a history of the castle in photographs, bringing the site’s story across the decades to life to online audiences and potential visitors. This is a great way of celebrating the site’s 125 year milestone and I’m pleased that the Welsh Government and the Royal Commission has been able to present this collection for the public to enjoy.”

Interior view of the south-east tower of Castell Coch, showing the ceiling. 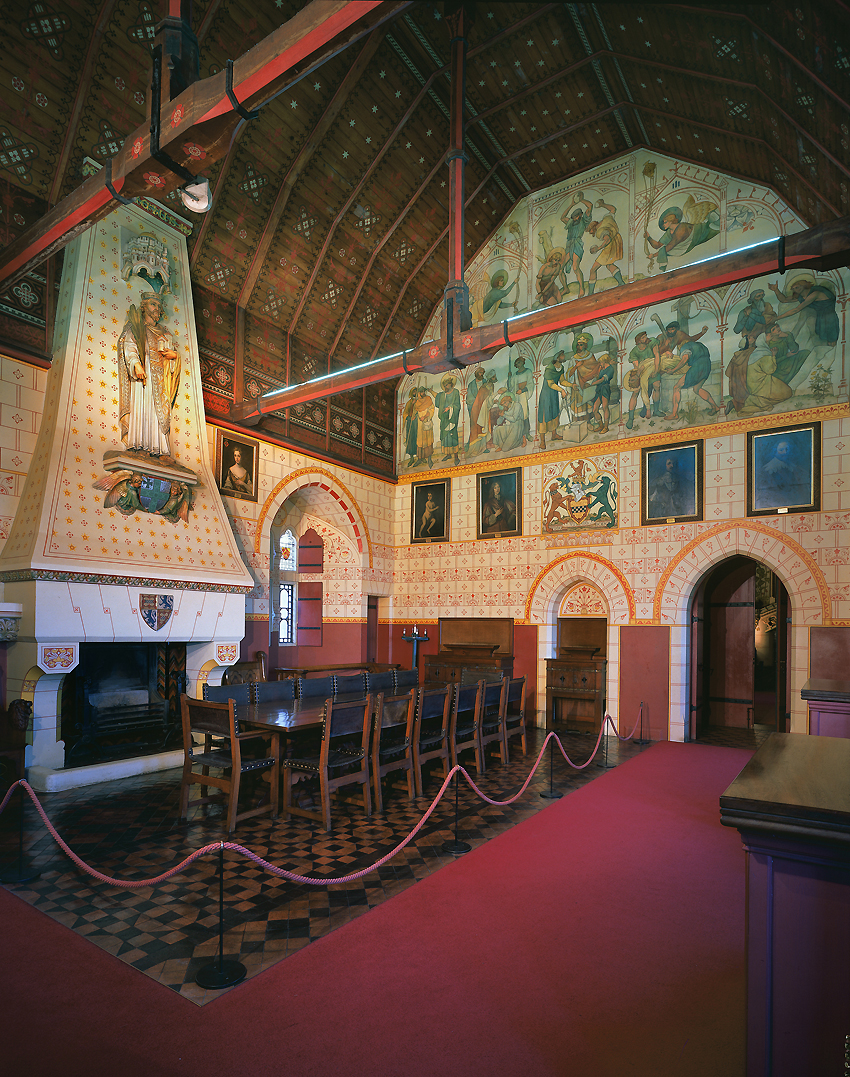 View of the magnificent banqueting hall, scene of many dinner parties over the decades.