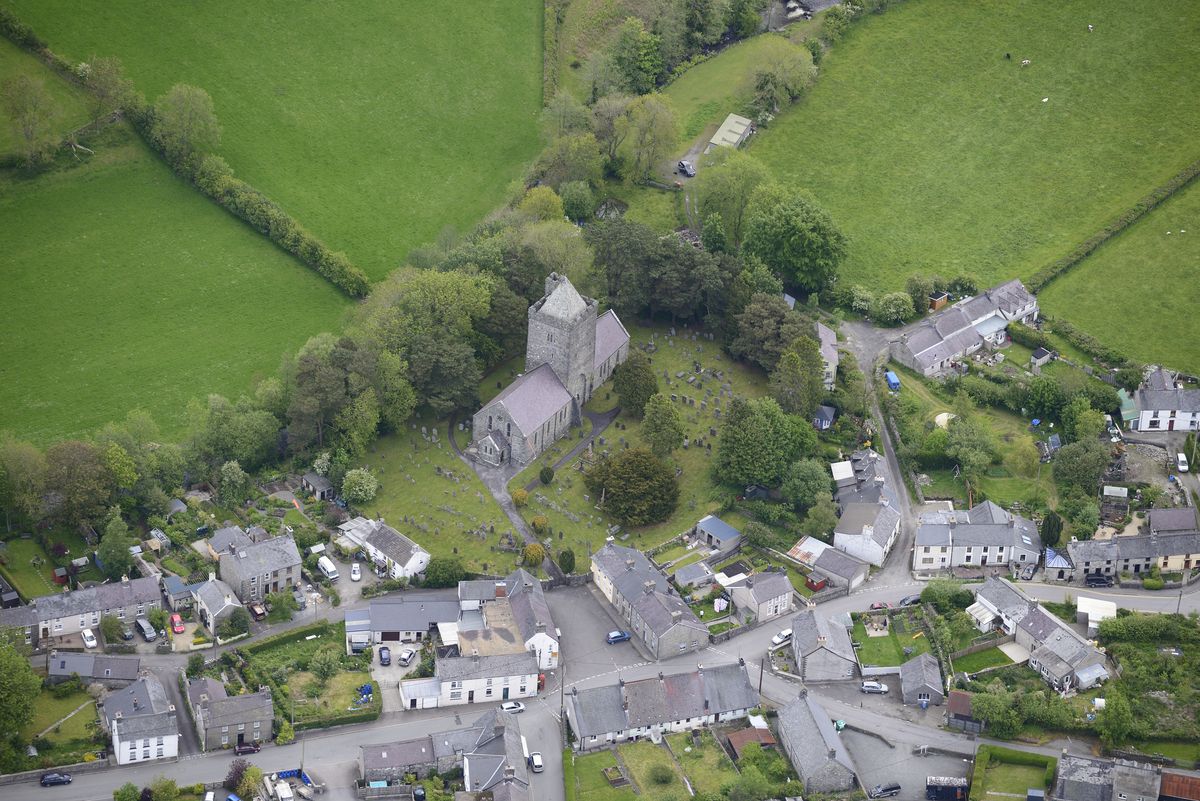 There are numerous churches dedicated to St David in Wales, including, of course, St David’s Cathedral.  Among the most interesting and little-known churches associated with the cult of St David is Llanddewi Brefi in the Teifi Valley in Ceredigion.

The towered medieval church (NPRN 96671) has lost its transepts but it still stands proudly on a hillock in the attractive village.  The hillock (according to legend) rose up from the ground so that St David could preach at the Synod of Brefi.  There was certainly a religious settlement here many centuries before the thirteenth-century church was built, perhaps dating back to the sixth century.

When Samuel Rush Meyrick published his History and Antiquities of the County of Cardigan in 1808 he included some of the traditions about St David current in his day.  They included the ‘foolish tradition’ that two great oxen had dragged the stones needed for building the church on the mound, one dying with the effort.

A hundred years earlier Edward Lhuyd had visited the church and had been shown ‘a great rarity’ called Matkorn yr ych bannog or Matkorn ych Dewi.  Mapgorn means the inner part of an animal’s horn and the ychen bannog were David’s horned oxen that had brought stones for building the church.

The tradition is preserved in the place-name Cwys-yr-ychenbannog (‘the furrow of the horned oxen’), a bank and ditch in the uplands  between Llanddewi Brefi and Strata Florida (NPRN 303652). This was first recorded on the OS six-inch map 1898-1908.  Three sections of this bank, probably a medieval boundary, were identified during the Royal Commission’s upland survey of the Cambrian Mountains.  For details and photographs of this intriguing feature, see NPRNs: 303652, 529403, 529092, 529093.   Some of us are looking forward to exploring this archaeological feature when Lockdown ends…