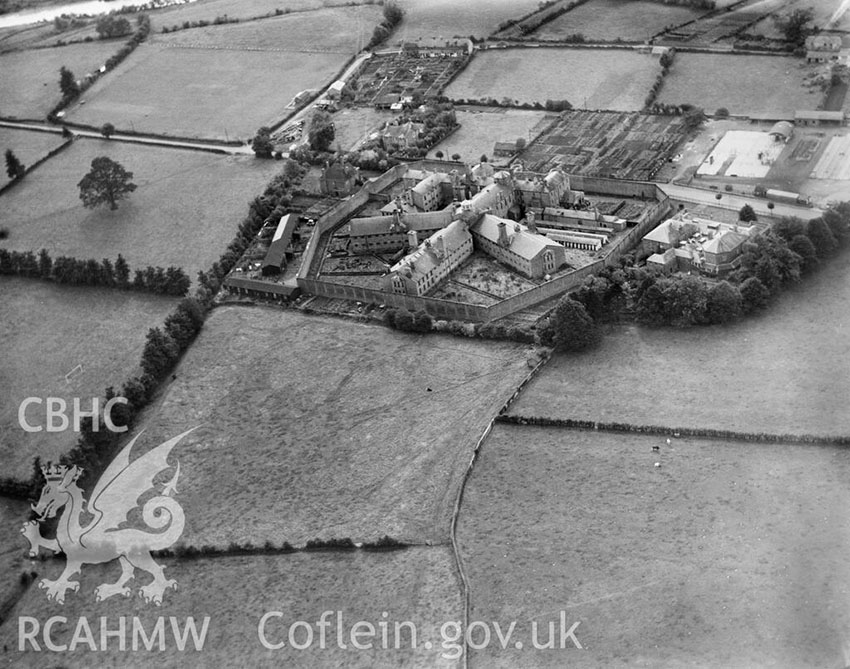 Today on International Women’s Day (March 8) we join together to commemorate and celebrate the social, economic, cultural, and political achievements of women across the world. The day also marks a call to action for accelerating women’s equality. On this day, we would like to celebrate the life of Margaret Haig Thomas, a Welsh woman who made a real difference to the lives of all women in Britain during the inter-war period.

Earlier this year, while listening to the radio, I was reminded of the achievements of this inspirational woman, who was once a household name (as Lady Rhondda) but is now largely forgotten. In this episode of the BBC’s ‘Great Lives’ series, Judge and former President of the Supreme Court, Lady Brenda Hale, nominated the suffragette and women’s rights campaigner, Margaret Haig Thomas, later known as Lady Rhondda, for her great life. The eloquent Welsh historian, Professor Angela V John, author of the biography of Lady Rhondda, provided the expert testimony for this programme.

Margaret Haig Thomas was born in 1883, the only child of D. A. Thomas (later Viscount Rhondda), the industrialist and liberal politician, and Sybil Haig of Pen Ithon Hall who was part of a large family of strong-minded women. She had a privileged but eventful early life. As a young Edwardian woman, she became a prominent suffragette and surviving the sinking of the Lusitania in 1915.

As a suffragette she gained notoriety in the press by confronting the anti-suffrage Prime Minister, H.H. Asquith, famously jumping on his car. Prison followed shortly after she set fire to a pillar-box in Risca Road, Newport. In 2015, after crowd sourcing, a blue plaque was erected commemorating this event. In Usk Prison she went on hunger strike and in her autobiography was complimentary about the prison staff except for the chaplain (‘the only unpleasant person in the prison’) who deprived her of access to library books. During World War I, she oversaw the recruitment of women into war work in Wales and her family home, Llanwern Park, was turned into a hospital. Although she suspended active campaigning during the war, in the 1920s she resumed her suffrage involvement in London and helped bring about the 1928 Equal Franchise Act that gave the vote to all women.

Lady Rhondda, who inherited some of her father’s business interests, was acknowledged as a successful businesswoman in a businessman’s world. However, her passion was writing and publishing, and in 1920 she went on to found and edit the influential literary magazine, Time and Tide, which published work by George Orwell, Virginia Woolf, Olive Schreiner, and many other (often) left-wing and feminist writers.

In her autobiography, This Was My World (1933), Lady Rhondda describes the ‘semi-Victorian world’ of her upbringing. She described the places in Wales that were important to her. They included her own home at Llanwern Park, her paternal grandfather’s house at Ysgyborwen, and her maternal grandfather’s house at Pen Ithon Hall. All these buildings are listed on Coflein.

Llanwern Park was a ‘square and comfortable’ eighteenth-century brick house. This ‘pleasant, friendly house, full of sunshine’ was tragically demolished in 1952 for reasons that are not entirely clear. Perhaps it never recovered from requisitioning during the Second World War. Fortunately, the Royal Commission has record photos of the house taken just before the sale of fixtures and fittings showing the interior as well as exterior of this lovely Georgian house.

Ysguborwen, Aberdare, was built by Lady Rhondda’s paternal grandfather, Samuel Thomas, one of the pioneers of the Welsh coal trade. This stone-built industrialist’s house was completed in 1855 and today survives as a care home although somewhat altered.

Lady Rhondda had particularly sweet memories of summers spent at Pen Ithon, her mother’s home in north Radnorshire. Pen Ithon Hall had been built by her grandfather, George Augustus Haig, in a secluded part of Radnorshire. His bride (Anne Eliza Haig) apparently burst into tears when she arrived at this remote house set in the Welsh uplands, miles from the nearest town and railway station. Lady Rhondda has a lyrical description of summers at Pen Ithon, climbing trees, bathing in mountain pools, and riding ponies on the moors. Her grandfather had apparently imported 200 Icelandic ponies. We have an unpublished history of Pen Ithon Hall by Ion Trant in our archive.

We celebrate Lady Rhondda, an internationalist who achieved much in her life but remained grounded in south Wales. Lady Rhondda is increasingly acknowledged as an inspirational woman of the first half of the twentieth century, especially for women’s rights.

There is now a campaign by Monumental Welsh Women to erect a statue to her in Newport. This is one of five proposed statutes commemorating five hidden Welsh heroines in five locations across Wales. The first of these statues, commemorating Wales’s first black headteacher, Betty Campbell, was unveiled on 29 September 2021 in central Cardiff. It hoped that through crowd funding, Betty will soon be joined by Elaine Morgan in Mountain Ash, Cranogwen in Llangrannog, Ceredigion, Elizabeth Andrews in the Rhondda and, of course, Lady Rhondda in Newport. I will leave the last word to the former President of the Supreme Court, Brenda Hale, who believes that Lady Rhondda’s most important lesson is “that there are always new battles to be fought…You must never give up. You must always go on.”

This blog was written with the support of the Commission’s internally organised Women’s Group which supports staff, invites external female speakers to give presentations to staff, shares valuable resources and hosts social events.