A multi-million pound European research project investigating the risks of climate change to the coastal landscapes of Wales and Ireland will be officially launched at Aberystwyth University on Thursday 23 March 2017.

With funding of €4.1m from the EU’s Ireland-Wales programme, the CHERISH (Climate, Heritage and Environments of Reefs, Islands and Headlands) project is being led by the Royal Commission on the Ancient and Historical Monuments of Wales (RCAHMW) in collaboration with Aberystwyth University.

Two Irish partners are also involved in the five-year study – the Discovery Programme: Centre for Archaeology and Innovation Ireland, and the Geological Survey, Ireland.

The project will focus on the headlands and islands around Pembrokeshire, Cardigan Bay and the Llŷn Peninsula and sites along the south and east coast of Ireland. 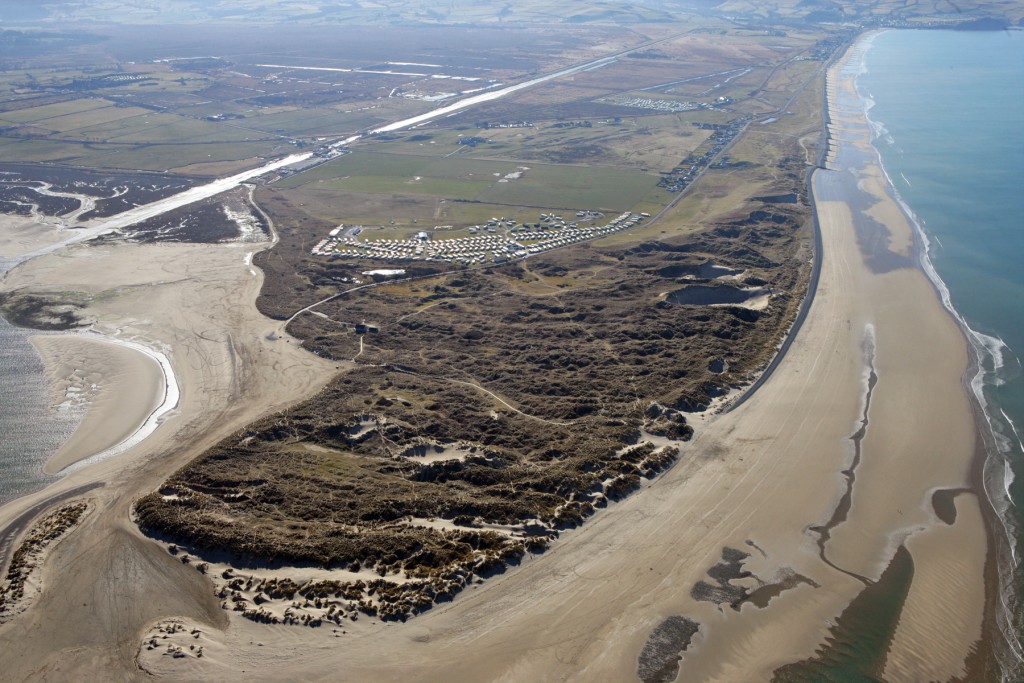 One of the aims is to uncover some of the secrets hidden beneath the coastal waters around west Wales and Ireland, including ancient shipwrecks.

Dr Toby Driver is a Senior Investigator at the Royal Commission on Ancient and Historic Monuments Wales: “Our fellow researchers from Ireland will use a specially equipped boat to carry out multi beam surveys under the sea and thanks to cutting-edge marine mapping, we’ll be able to take high-resolution images of the wrecks that foundered on undersea locations such as Sarn Badrig near Harlech. Some will have been there for up to four centuries and it will be the first time many of them will ever have been seen under water.

“We’ll also be looking at Newborough Warren on Anglesey where a whole village is said to have been buried in sand hundreds of years ago. Other areas include the Skerries, Stackpole and the islands of Pembrokeshire as well as Irish coastal sites.”

Aberystwyth University’s contribution to the partnership will focus on the development of high resolution records of environmental change from sedimentary and historical records, and is being led by Dr Sarah Davies, a Reader in the Department of Geography and Earth Sciences (DGES).

“Sediments in coastal peat deposits, such as those at Cors Fochno (Borth Bog), as well as those in lagoons and dune systems, provide a detailed record of past climatic change. We’re particularly interested in how storm activity has varied over the last few thousand years and the lessons we can learn today from history.

“Over historical timescales, documentary records can also provide valuable information about the changing nature of storm activity – and how communities coped with living in dynamic coastal environments,” said Dr Davies.

The project will support future strategies on climate change by providing a deeper understanding of longer-term changes to Wales and Ireland’s heritage and coastal environments, which attract thousands of visitors each year.

Public events will be held to share information about the findings and training sessions will be arranged to support the development of tourism opportunities.

Welsh Government Finance Secretary Mark Drakeford said: “This project brings Wales and Ireland together to tackle some of our shared challenges around climate and environmental changes in our coastal regions. It’s very important that heritage sites and assets under threat from climate change are protected, and I’m pleased this investment will also support new opportunities for the tourism sector in both nations.”

In addition to €4.1m of EU funds, CHERISH is being co-financed by €1.1m from the participating organisations.