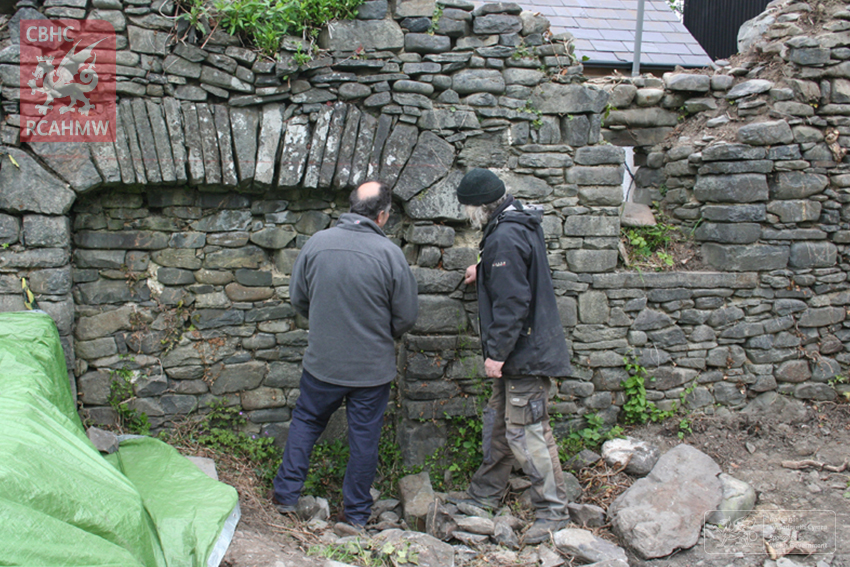 Consolidation Work at one of Ceredigion’s Oldest Houses 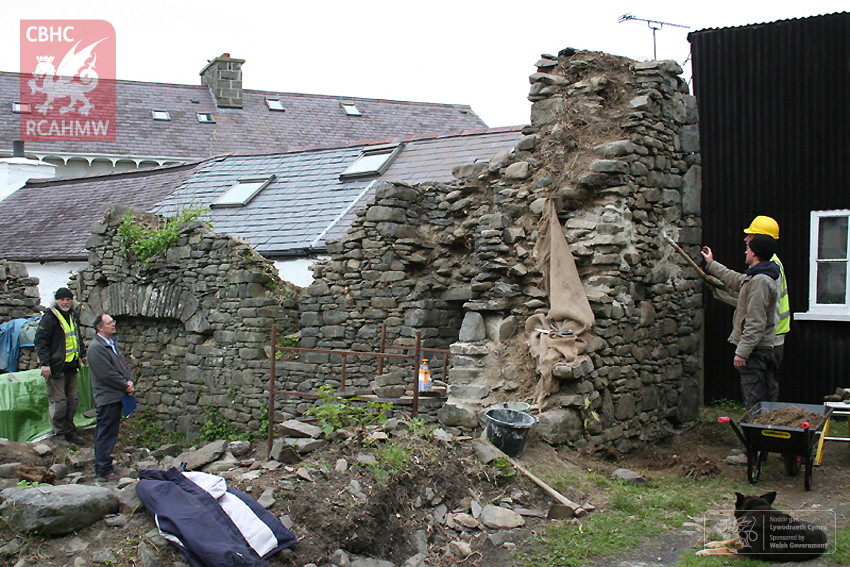 Over the next couple of weeks consolidation work will continue at Y Neuadd, the late Tudor House at Llanon. Richard Suggett, architectural historian and senior investigator of the Royal Commission’s survey team, suggests the three-unit house, built of stone with lateral chimney dates between 1550-1575, making it one of Ceredigion’s oldest houses.

The extensive work at the site has seen the removal of vegetation and nearly 70 tonnes of rubble, overseen by Dyfed Archaeological Trust, making the surviving features clearly visible. These include a cross-passage doorway, lamp bracket, lateral fireplace (refaced at rear), and window openings.

The 27 July sees a Community Excavation Open Day, 11am-4pm. The Royal Commission will be joining Dyfed Archaeological Trust and the Ceredigion Museum for an Open Day at Y Neuadd Tudor House, and Museum Cottage, Llanon. There will be a variety of activities based on the community excavations and events will include a talk on the site by Richard Suggett.