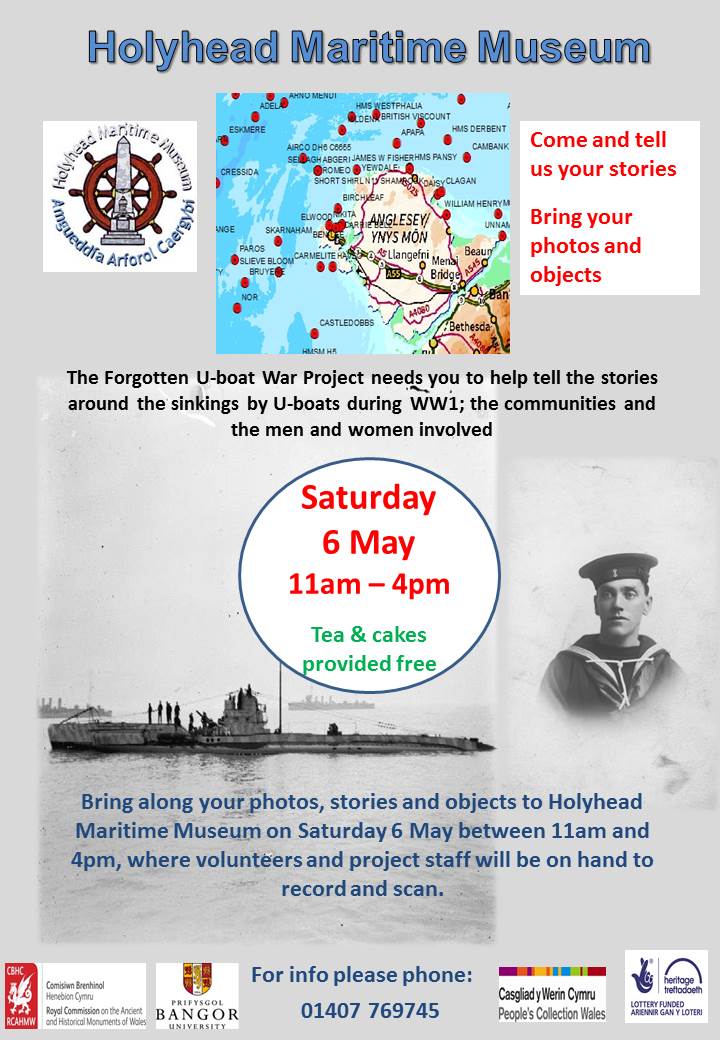 Holyhead and the U-boat War: Holyhead Maritime Museum 6th May

The HMHS Anglia has finally been given legal protection after it was sunk by a German mine more than 100 years ago. It is now an official war grave for the 167 casualties on board, among whom are 23 Holyhead sailors.

As part of the Royal Commission’s HLF project ‘Commemorating the Forgotten U-boat War around the Welsh Coast: 1914-18’ there are plans to survey several First World War wrecks in Welsh waters which will provide evidence for protection of these wrecks, as well as public access to the survey images. They will be holding an event at Holyhead Maritime Museum on Saturday 6th May between 11-4pm where members of the public are asked to bring photos, stories and objects along to the museum for scanning and recording. It could be anything sea-related from that period including photos of seamen, ships, family letters and objects. We also want to hear stories that may have been passed down through word of mouth.

The Forgotten U-boat War Project needs you to help tell the stories around the sinkings by U-boats during WW1, the communities and the men and women involved. Please bring along your photos, stories and objects to Holyhead Maritime Museum on Saturday 6 May between 11am and 4pm, where volunteers and project staff will be on hand to record and scan.