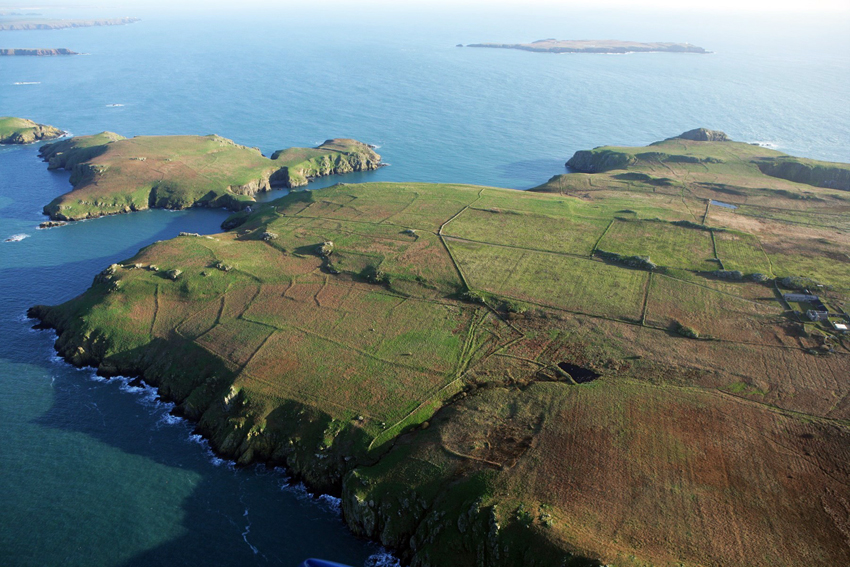 On Friday, 4 March 2016, Dr Toby Driver FSA of the Royal Commission on the Ancient and Historical Monuments of Wales will give a talk to the Pembrokeshire Historical Society on therecent excavations on Skomer Island.

Skomer is a highly protected landscape famous for its puffins and other breeding seabirds, but it is also home to some of the best preserved prehistoric field systems and hut settlements anywhere in Britain. In April 2014 a small team of archaeologists was permitted to open the very first modern excavation trench in the island’s history, to retrieve dating and environmental samples to better understand the long and complex history of prehistoric settlement and farming on Skomer. This followed three years of collaborative, non-invasive research between staff of the Royal Commission, The University of Sheffield and Cardiff University, working closely with the Wildlife Trust of South and West Wales and CADW.

Excavations in 2014 at a prehistoric mound of burnt and fire-cracked stones on north Skomer, once used to boil water for cooking, have produced the first calibrated radiocarbon dates for farming settlement. The mound sealed a land surface dated by charcoal to between 751-408 BC, the early Iron Age. A cattle tooth deposited in the cooking mound was dated to around 85 BC, the late Iron Age.

The talk will look at the special landscape and archaeology of Skomer, and touch upon the other Pembrokeshire Islands. It will take the audience through the challenges and excitement of opening an excavation trench on a windswept island, and what new information this long running project has told us about the history and people of ancient Skomer.

Note to editor: The photographs show prehistoric field systems and settlements on Skomer Island. If they are used, please use the following credit: ‘Crown Copyright RCAHNW’