The wreck of the CORK is a poignant reminder of the essential ferry, cargo and mail-carrying services between Wales and Ireland that ran throughout the war. Neither of the key companies involved–City of Dublin Steamship Company (CDSPCo) and London and North Western Railway (LNWR)–escaped losses due to military service and U-boat activity.

The origins of CDSPCo can be traced back to Charles Wye Williams, son of the first Secretary of the Bank of Ireland, whose first steamship (named the CITY OF DUBLIN) entered service in 1823. The company went from strength to strength, establishing steam navigation companies on the inland waterways and cross-Irish Sea and trans-Atlantic routes. In 1850, the company acquired its first contract for the transportation of the Royal Mail across the Irish Sea between Kingstown (now Dún Laoghaire) and Holyhead. The win heralded an new era of intense competition between CDSPCo and the Chester & Holyhead Railway company (later the London and North Western Railway Company or LNWR), who were never content with just the rail transport part of the mail contract (their ships carried passengers to Kingstown, and cargo and cattle to the North Wall in Dublin –but took no benefit from the lucrative mail contract). 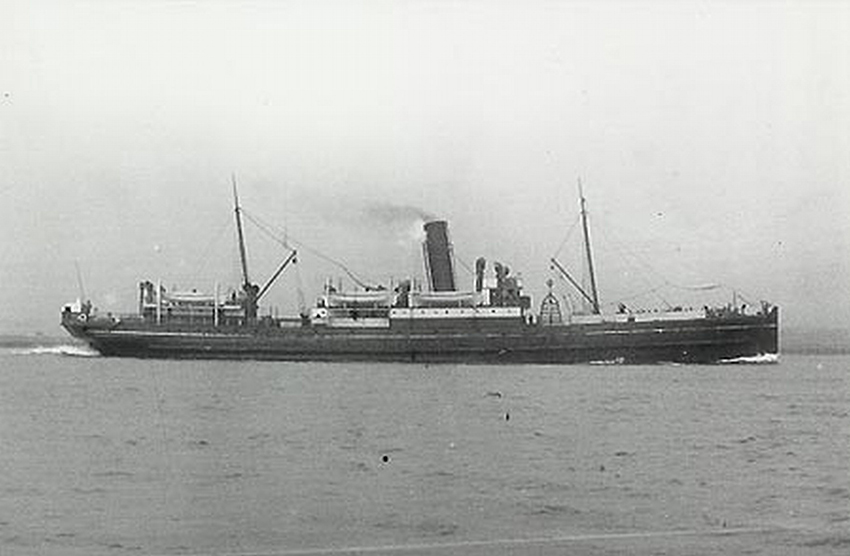 The CORK was built by Blackwood and Gordon, Port Glasgow, and was employed by the CDSPCo to transport cattle and passengers between Liverpool and Dublin. Source: Simplon Postcards http://www.simplonpc.co.uk/CityofDublin.html

The LNWR also ordered new ships–the OLGA and ANGLESEY joined the NORTH WALL and IRENE on the cargo run, and in late 1897 Denny’s of Dumbarton delivered the CAMBRIA, the first of four sister ships for the passenger service. The HIBERNIA arrived on February 1900, the ANGLIA in May 1900, and the SCOTIA in April 1902.

At the outbreak of the Great War, the LNWR steamships were soon requisitioned and converted at the Marine Department Holyhead into armed boarding steamers. Under the terms of the mail contract, the CDSPCo steamers were initially exempt and continued as the principal service to Ireland. However, they too were eventually ordered by the Admiralty to Laird Bros at Birkenhead to have deck guns fitted.

There are many descriptive entries in the journals of the CDSPCo ships noting sightings and encounters with U-boats. For example, the LEINSTER’s journal records ‘Night Sailing. December 27, 1917. Torpedo missed by yards’ and ‘Night Sailing. March 15, 1918: At 4.41 Stand by. At 4.45 Emergency telegraph on full astern to avoid submarine close alongside’. These were not chance encounters, but were a result of German orders to sink the Irish Sea mail steamers.

The Admiralty’s standing orders were to steam at full speed without lights–if the steamer slowed down it would present an easier target. The log of the ULSTER notes an incident of this awareness for 24 March 1917 – ’10.30am: slowed and stopped to pick up 3 boat crews which would not take our assistance. At 10.36am: Proceeded at full speed.’ This declining of help would suggest that the crew of the sailing vessel HOWE placed a higher value on the danger to the mail steamer than their own plight at that moment. The HOWE had been scuttled after being captured by a U-boat just a few hours earlier.

There are other incidents where CDSPCo steamers did indeed stop and help survivors – eight Chinese seamen in a lifeboat belonging to the MEXICO CITY, sunk by U-110 on 5 February 1917, were picked up by the LEINSTER on 6 February and landed at Holyhead. The ULSTER also sighted and circled a capsized lifeboat with four men clinging to it on 13 October 1917 until a patrol boat reached them.

The other reason which made the mail steamers prime targets was their use as troopships. The evidence for increased troop carrying is presented in the logs of the mail steamers as reasons for delays – e.g. ‘awaiting Admiralty instructions’, ‘embarking and disembarking troops’, and ‘awaiting escorts’. Escorts to protect the steamers were not supplied in any structured way at first, but were eventually formalised as destroyers from both the USA and Britain, seaplanes from the USNAS base at North Wexford, and Submarine Scout Zero class airships operating between South Wexford and Malahide Castle, and those from RNAS Llangefni on Anglesey.

This multibeam sonar image of the CORK was gathered by Bangor University and suggests that parts of the decks have collapsed.

The loss of the CORK to a torpedo from U103 on the 26 January 1917 was a significant blow to the CDSPCo. It also led to the deaths of seven passengers and five crewmen. Despite renegotiating the contract for the delivery of mails in August 1918, operating the service to the required tight schedules with the remaining vessels proved extremely difficult.

The ULSTER was very nearly the victim of the attack by UB-123 on 10 October 1918, but was saved by veering onto a zig-zag course. However, the LEINSTER was seen instead very soon after. With two of the U-boat’s torpedoes striking home, a terrible tragedy unfolded with 529 lives being lost.  The loss of the LEINSTER contributed to the deepening financial difficulties of the CDSPCo and would eventually cause the company’s demise. 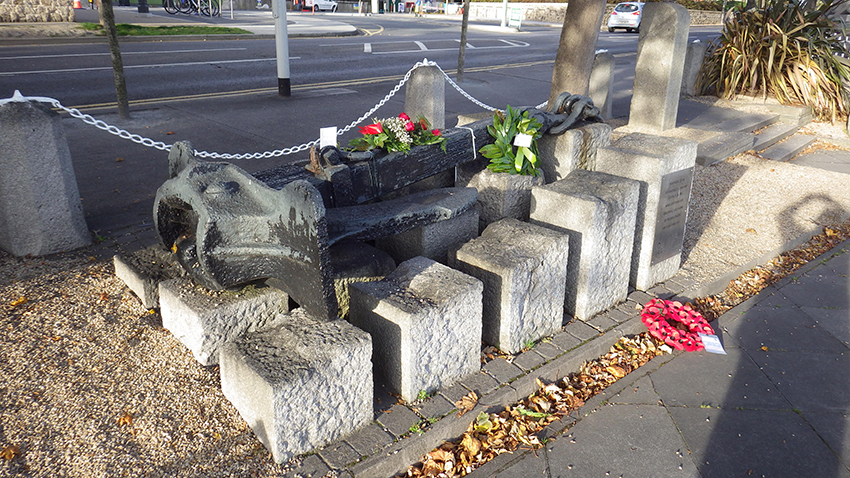 The anchor from the RMS LEINSTER has been installed as a memorial at Dún Laoghaire. The official death toll was 501 – the largest single loss of life in the Irish Sea.

Of the LNWR vessels, the ANGLIA was lost carrying nearly 400 wounded soldiers and medical staff, after striking a mine laid by UC-5 in the Straits of Dover on 17 November 1915. The HIBERNIA was also requisitioned and operated as HMS Tara. It was torpedoed and sunk by U-35 on 5 November 1915 in Sollum Bay, Mediterranean.  The SLIEVE BLOOM was sunk in collision with USS STOCKTON on 20 March 1918 off Holyhead. The destroyer USS STOCKTON was one of the American ships tasked with anti-submarine duties in the Irish Sea.

Despite these losses, the LNWR emerged at the end of 1918 in a much stronger position to continue the Holyhead -Dublin mail service. Anticipating the problems that the CDSPCo would have with the any new contract’s stringent timetabling, the LNWR ordered four new vessels in 1919 and were successful this time in their bid.

On 27 November 1920, the MUNSTER carried the last mail under contract for the CDSPCo.  The company was wound up by a select committee of the House of Lords in 1922 after over a century of operating services between Holyhead and Ireland.

Source for further reading include:

I have dived on the wreck of the Cork off Anglesey in the past and would very much like to see a diagram off the ship as she would have been before being sunk. Does anyone know where I could find this ? Stewart Tattersall

Good afternoon Stewart. If you could email us via the contact page and get back to us. I will send you back a detailed reply

Thank you for posting the story of Holyhead’s ships during the Great War. Plans are under preparation at Holyhead to commemorate the centenary of the sinking of RMS Leinster and the loss of 27 crew and passengers from the town. Further information here – http://www.rmsleinster100.com. For further reading on the loss of RMS Leinster, ‘Torpedoed’ by Philip Lecane is by far the most informative account. A Holyhead vessel omitted from your account was the LNWR passenger/cargo ship SS Connemara lost en route from Greenore to Holyhead following a collision with the SS Retriever at the entrance of Carlingford Lough on… Read more »