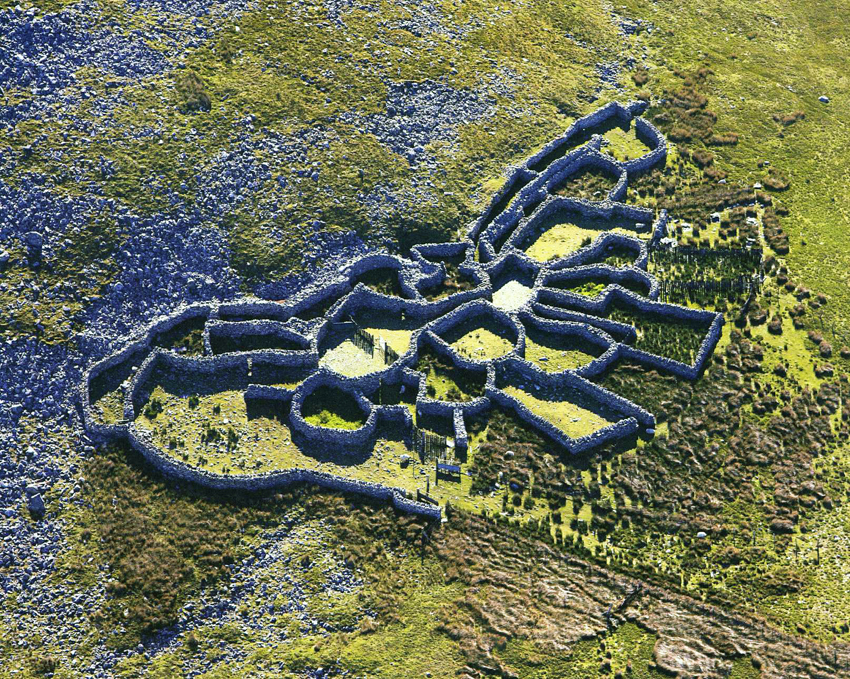 Rural Wales is governed by the cycles of the farming year: from winter sowing and spring lambing to the cutting of silage and the summer harvest. In places houses, yards and fields of present-day farms exist alongside their Iron Age forebears showing an almost continuous tradition of farming on Welsh hillslopes and valley sides over three thousand years or more. Below the aircraft, and away from the highest peaks and moors, Wales is predominantly a farmed land. Where quarries and industrial remains dominate the scene they invariably coexist with, or now obscure, wider-spreading fields and cottages of earlier generations. Where cities have spread, patches of open ground or common land may yet preserve traces of past fields. Beneath the impenetrable conifer forestry, which covers much of upland Wales, old fields and ruined farmsteads are now being rediscovered by archaeologists, and preserved by forest managers in new clearings.

The shapes of fields tell their own stories. Tiny, curved, and embanked field walls, which wander and crawl across the hillslopes of Pembrokeshire and Gwynedd have their origins in prehistory, and may have been first laid out four thousand years ago. More recent stone walls and fences spring from prehistoric foundations and so perpetuate age-old land holdings under new owners. In south and west Wales, earthworks and cropmarks of Roman field systems survive close to former Roman towns at Caerwent and Cowbridge. The landscape was replanned by Norman lords with their strip field systems, and again by successive revolutions in farming practice and land ownership in more recent times. Today the cycles of the farming year and patterns of drought shape the annual seasons of cropmark discovery for the aerial archaeologist.

On the watershed between the Afon Ffrydlas and the Afon Gam, 3 kilometres north-east of Bethesda and at the junction of many old paths, lies the Gyrn multicellular sheepfold. One of a number of similar local folds, there is no clear record of when these complicated structures originated. Its size and complexity attest to construction and continuing maintenance by generations of farmers from at least the eighteenth century. Sheep belonging to many farms and sharing a common sheepwalk would be gathered in through the funnelled entrance and sorted, on occasions such as shearing, into the small cells belonging to particular farms. 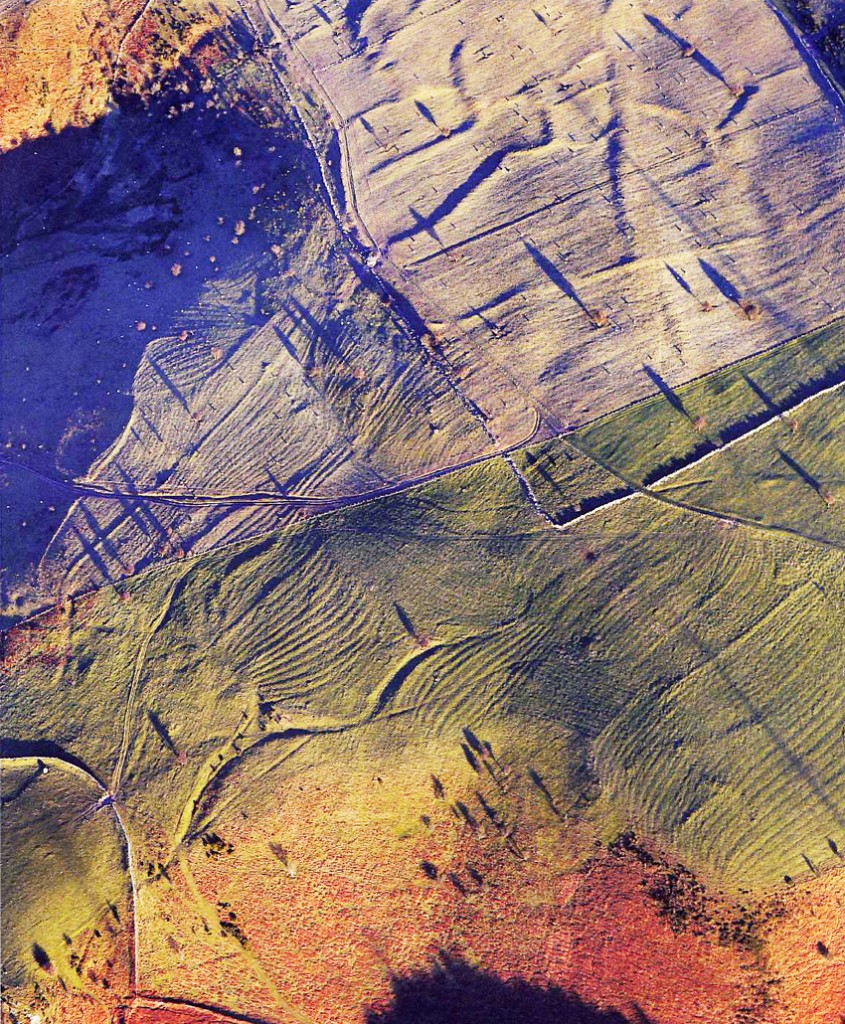 Invisible from the air, except in low, harsh winter light, the deeply ingrained sinuous lines of prehistoric field terraces (upper right) and ridge and furrow cultivation, probably dating from the Middle Ages, seem to flow down the western slopes of Ffridd Ddu above Yr Ogof, Abergwyngregyn, barely 1.5 kilometres from the coast. Where these coastal hills have been spared from modern ploughing, and are used instead for upland grazing, thousands of years of farming history can be preserved. 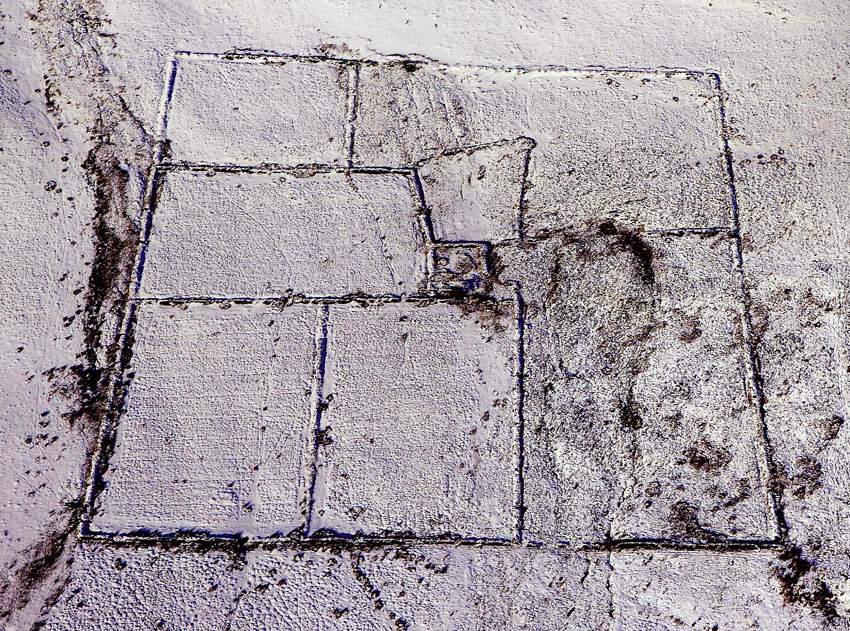 An optimistic farming enterprise long since abandoned to the elements. This upland farm at Carn Afr on the southern slopes of the Preseli hills, Pembrokeshire, probably began as the small angular field at centre, with a square paddock below it containing footings of a house established alongside a hillside spring. A later phase saw a smart grid of six new fields laid out around the original farm. The land here must always have been difficult to cultivate. The farm was abandoned by the late nineteenth century and the fields have now reverted to rough grazing.