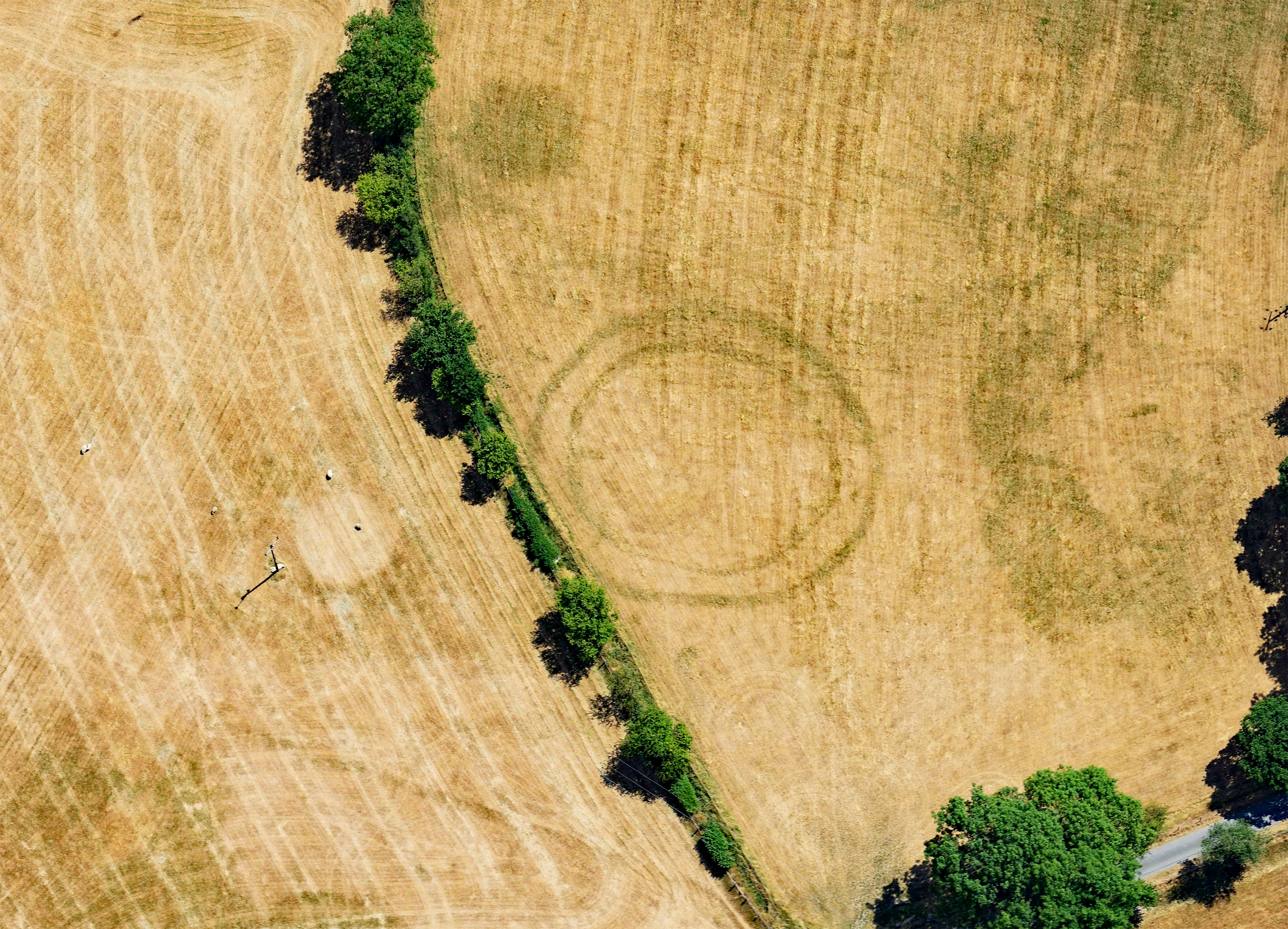 Last Tuesday, after weeks of photographing an unprecedented number of newly-emerging crop marks of long-forgotten archaeological sites in Wales, the Royal Commission’s aerial investigator, Dr Toby Driver, met with reporter, Lucy Siegle, and The One Show film crew to share some of his discoveries.  They met at Goginan, near Aberystwyth, Ceredigion, where the drought has revealed with remarkable clarity a double-ditched Early Bronze Age Barrow which was later used for medieval burials. On the same day children from the local primary school, Ysgol Penllwyn, explored the site thanks to the generosity of the landowner, Kathy Price. In the afternoon, Lucy joined Toby in the air for further exploration of newly- identified archaeological sites in the Haverfordwest area.

To follow the story Toby and the team, catch up with The One Show tomorrow evening, Tuesday 24 July. 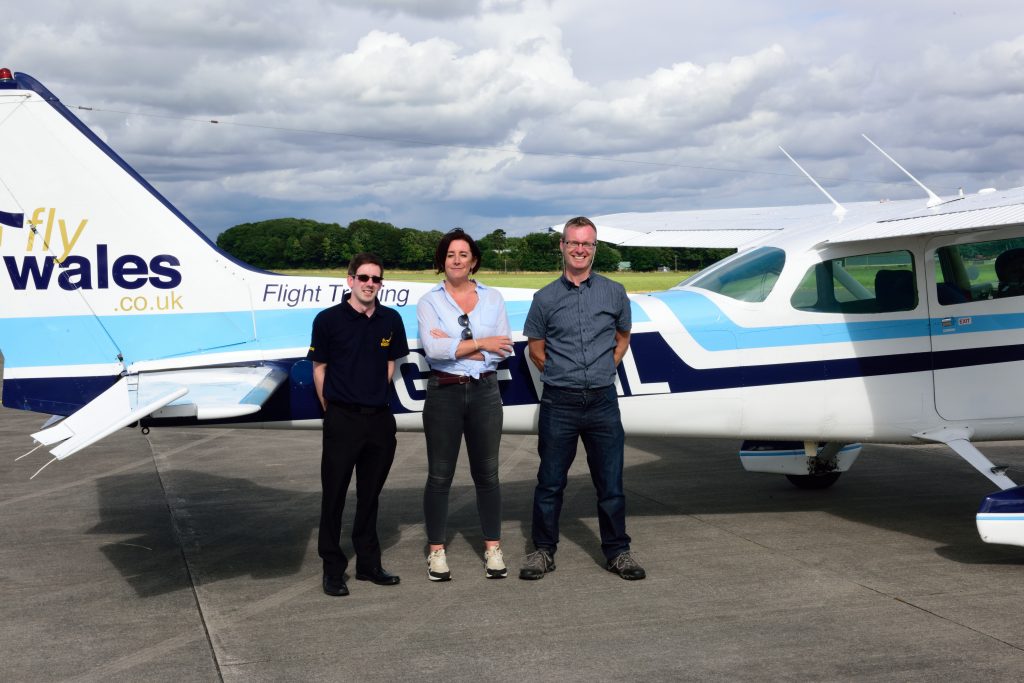 Lucy Siegle with Toby and the pilot before take-off at Haverfordwest airport. 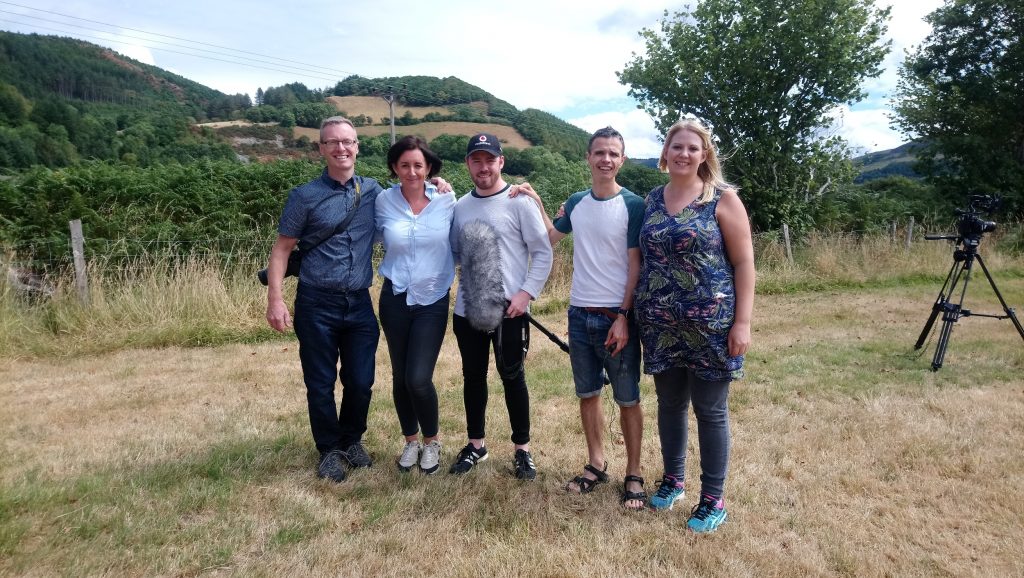 Toby with Lucy and the crew of The One Show at Goginan. 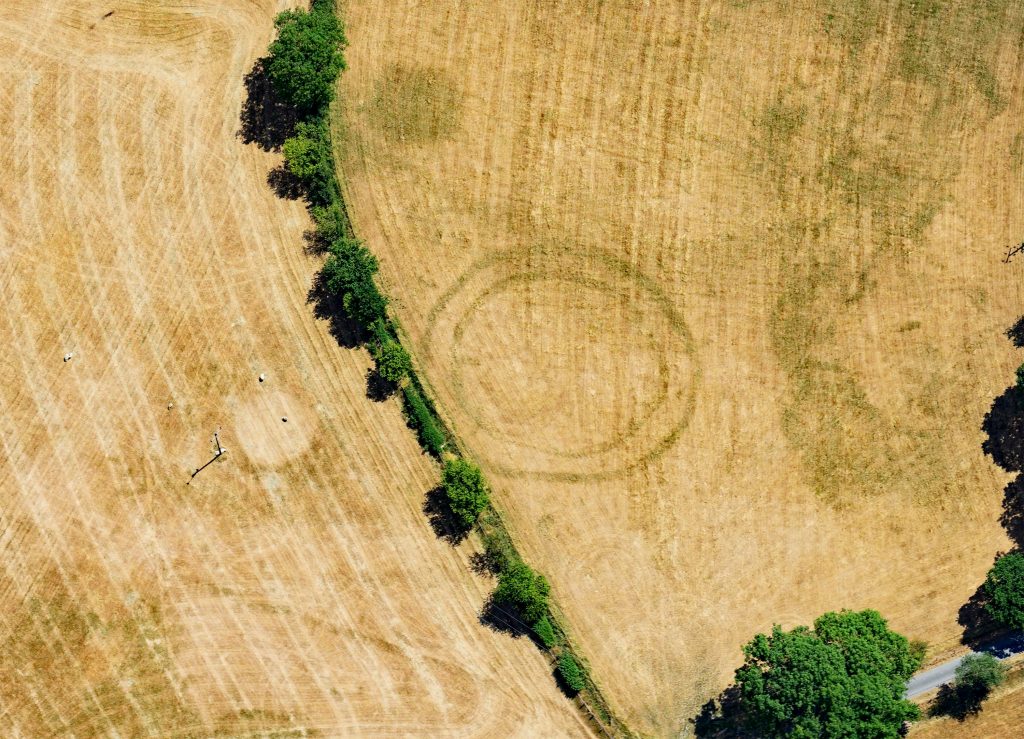 The two rings of the concentric barrow at Goginan are clearly revealed as crop mark’s in this summer’s drought.