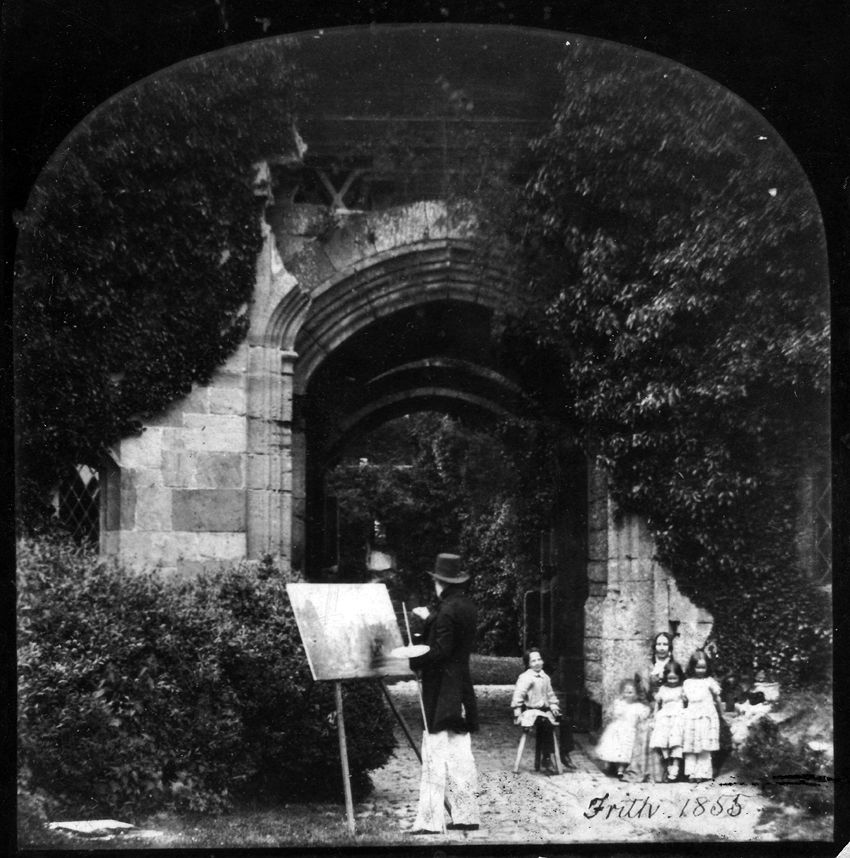 Very few people can say that they’ve seen a three-dimensional image of their great-great grandparents, but this is the case for Rod Primrose of Melbourne, Australia. Rod discovered a mid-19th– century stereoscopic print picturing his ancestors, produced by the well-known pioneer of early British photography, Francis Frith. Such double images, when viewed through a stereoscope, create the impression of three-dimensional depth, and became popular from the mid-19th- century, when such an image of Queen Victoria was displayed at the Great Exhibition of 1851.

It is very rare to find a stereoscopic view of one’s own family from this period however, and the photograph in question shows George and Harriet May, with their children George, Blanche, Rose and Fanny, at the main gate of Raglan Castle in Monmouthshire. The print is dated 1855, and signed by Frith. The elder George May is pictured pursuing his profession of landscape painter, and the photograph is a typically 19th-century Romantic composition, placing the family amongst the grandeur of Raglan’s ruins. It is also remarkable in picturing a painter at work, seemingly capturing the view beyond the view captured by the camera – an interesting comment on the two art forms. In addition, it illustrates the perils of trying to get a toddler to keep still for a photograph, even 160 years ago!

Of interest to RCAHMW is the fact that the family were the last residents of Raglan Castle, Harriet May having been appointed gatekeeper around 1850. Eventually, her daughters Rose and Blanche settled in Australia, and Rod Primrose is a great-grandson. Rod has kindly donated a high-resolution scan of the image to the National Monuments Record of Wales, and we are very pleased to include it in our collections as a record of Raglan Castle in the mid-19th -century, and a charming image of the castle’s last inhabitants. 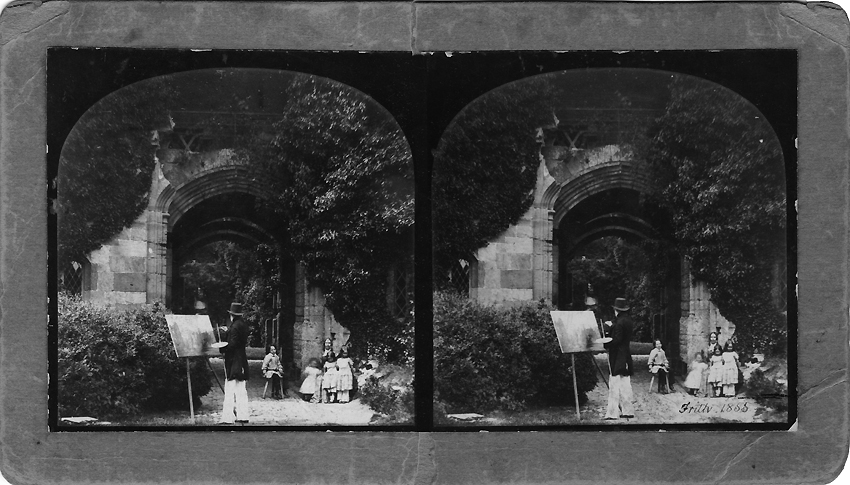