Hay Castle is one of numerous castles in the March, but it is exceptional in that it has been continuously occupied for the last 800 years. It has a residential keep of circa 1200 with a thirteenth or fourteenth-century gateway with pointed archway and portcullis slot. The Castle was the centre of the valuable lordship of English Hay (Hay Anglicana) and its prosperous walled market town. The Castle has had a turbulent history and was taken several times in the thirteenth century and in 1322. Llywelyn ab Iorwerth burnt the town in 1231 and he may have damaged the Castle. In 1232 and 1237 Henry III granted the burgesses of Hay the rights to a special toll to pay for a town wall. The Castle was provisioned against Owain Glyndŵr in 1403. It gradually lost its defensive functions and became purely residential with the building of Castle House in the seventeenth century. 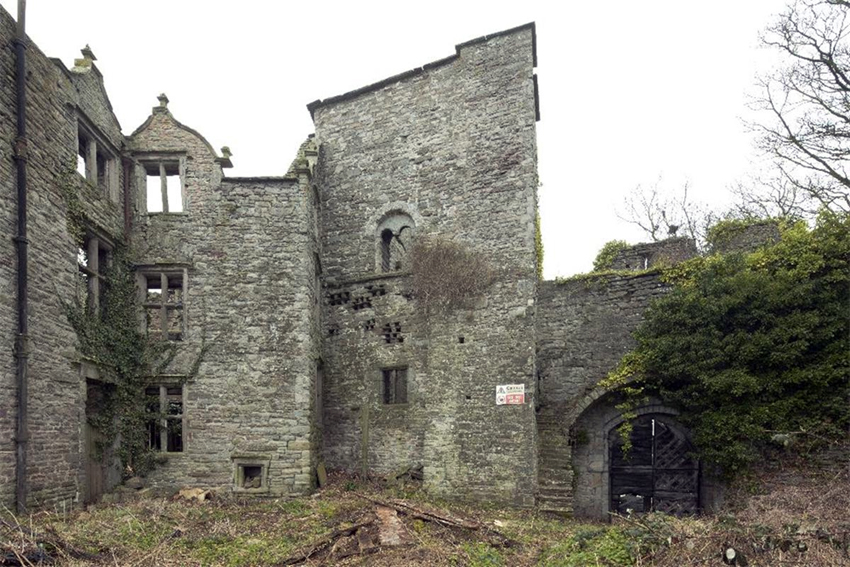 The keep is a three-storey residential tower, now unroofed, with a basement which was used until 1812 as the town prison. The round-headed Norman window on the second storey of the Keep originally had two lights with a central mullion. Tufa has been used for decorative effect to enhance the semi-circular window-head. 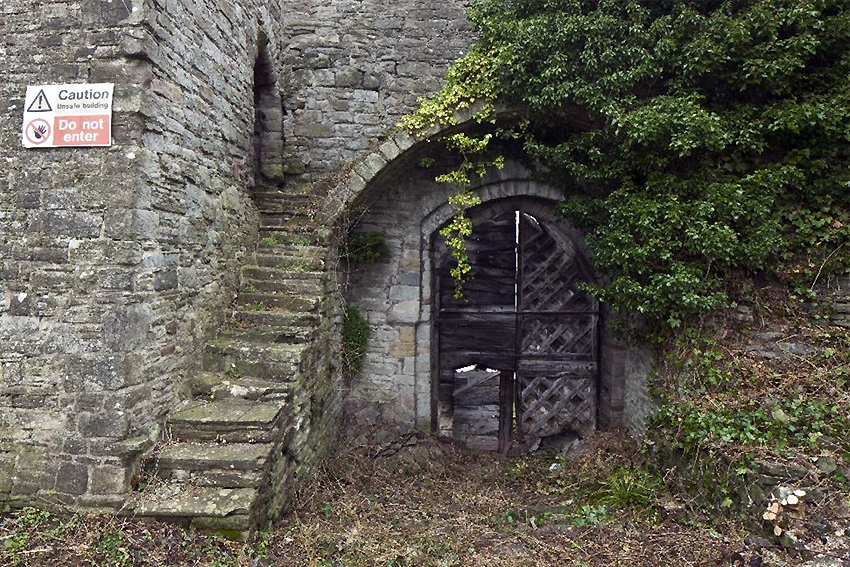 The remarkably early timber gates survive and have two phases with different styles of carpentry. The north leaf (with wicket) was thought to be fourteenth century but tree-ring dating now shows that it is a seventeenth-century replacement; the south leaf with cross-bracing is probably original but failed to date.