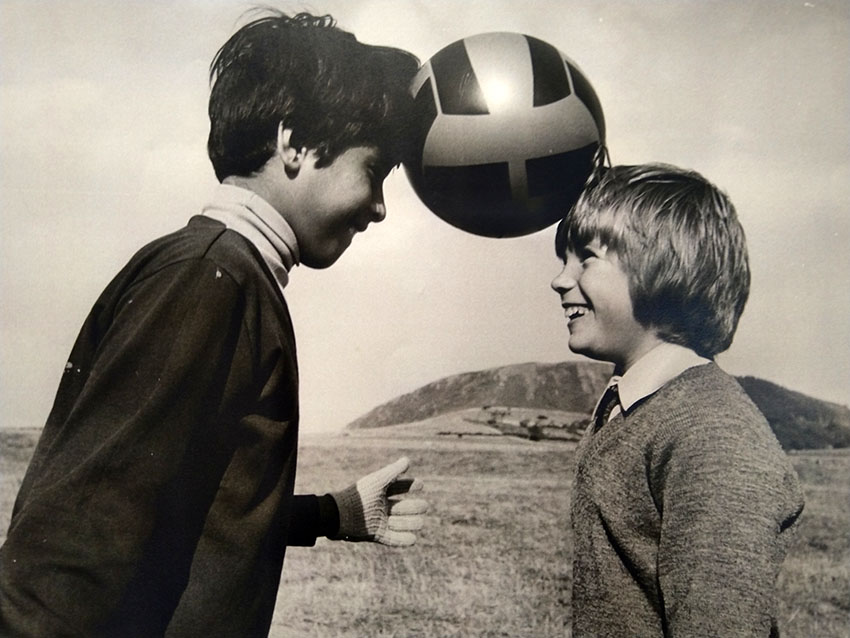 Fifty years ago, in 1972, Idi Amin, President of Uganda, decided to expel all the Asian citizens living in the country and confiscate all their property, unjustly blaming them for the Uganda’s economic ills. The UK Government offered them a new home and opened a number of resettlement camps on former military bases to house those expelled from Uganda until new permanent homes could be found for them. Wales welcomed some 1,700 of these refugees, using the former army training camp at Tonfannau, just north of Tywyn (formerly Towyn), as the reception and resettlement centre.

Some 700 arrived at Tonfannau station in the rain, late at night, on 13 October 1972, having endured a long flight and an 8-hour journey from a holding centre in London. A further 800 Ugandan Asians arrived by train over the course of November and smaller numbers in following months.

On 10 October 2022, Tywyn’s library hosted an exhibition to commemorate the events of 50 years ago and a reunion attended by a number of people who had arrived in the UK penniless and with nothing but the clothes they wore on the journey from Uganda to Wales. Speaking at the reception, they paid tribute to the warmth of the reception they received on arrival in Tonfannau. Also present were some of the volunteers from Tywyn who had helped to make the Tonfannau camp habitable, to collect clothing for the new arrivals, and to provide food, including the teachers who had volunteered to help the children prepare for their O-level exams. It is a tribute to their resilience that all the refugees passed their exams, many of them with the top grades.

That resilience and determination to make a success of their new lives was the theme of the Tywyn Library reception as speaker after speaker spoke about their experiences. Among them was the Royal Commission’s Chair, Nancy Edwards, who spoke about her work as a Community Service Volunteer at Stradishall Camp in Suffolk in 1972–3.

‘The British Ugandan Asians at 50’ exhibition in Tywyn Library was partly funded by the National Lottery Heritage Fund and will now go on tour around the UK (see www.bua50.org). The Royal Commission has been working with the BUA 50 project and has now been awarded an additional grant by Welsh Government to work with Welsh Asian communities in Wales to map the places of significance to their history and to record the ways in which Asian and Welsh culture have been enriched and are reflected in people’s homes, places of worship and business premises.