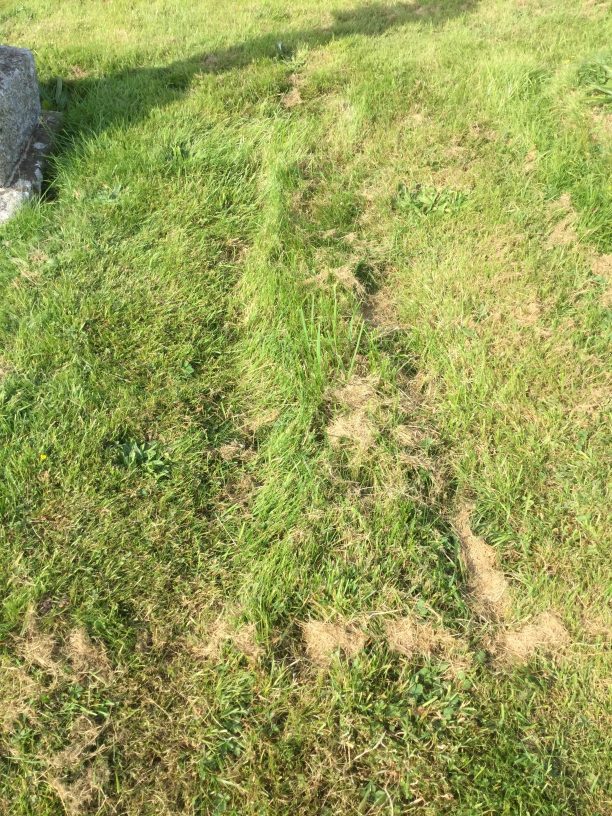 Simon Hancock, the curator of Haverfordwest Town Museum (a partner on the Royal Commission led WW1 U-boat Project), has been in touch with the amazing news that he has found the long-lost grave of the Nigerian seaman, John Myers (also spelt Meyers), who was drowned when the SS Falaba was sunk off Pembrokeshire in March 1915.

In 2016 we wrote a blog describing the story of the sinking of the passenger liner SS Falaba in 1915, with the loss of 104 lives. We explored the little-known fact that many of the crew on merchant ships in the First World War were black and came from the then British colonies. Because they mostly worked in the engine rooms which were the most vulnerable areas of the ship, they often died when their ships were torpedoed by enemy submarines.

At the inquest into the deaths following the sinking of the Falaba, the body of John Myers was identified by fellow Nigerian crew member, John Thomas, and was then buried in the graveyard at Milford Haven.

Despite searching the graveyard, the U-boat project team was unable to find his grave.

The photograph below shows the surviving crew of another passenger liner sunk by a U-boat two years later, the SS Apapa. John Thomas, who had survived the Falaba sinking and had identified John Myers’s body, was drowned on this ship and is buried in a cemetery in Bangor. His grave is marked with a Commonwealth War Graves headstone.

Appeal to provide a memorial to John Myers

‘The sum hoping to be raised will fund a headstone and to buy the grave plot. Any surplus will fund the identification of other black actors in the history of Pembrokeshire and research into their lives’.

Simon Hancock, who recently found the plot where John Myers is buried (pictured), and who has researched black and minority ethnic sailors coming on ships to Wales, has started a Just Giving page which is asking for donations. Simon writes: ‘The sum hoping to be raised will fund a headstone and to buy the grave plot. Any surplus will fund the identification of other black actors in the history of Pembrokeshire and research into their lives’.