CBHC / RCAHMW > News > Journey to the Past: new website invites European tourists to explore Welsh heritage through the eyes of their historical counterparts

Journey to the Past: new website invites European tourists to explore Welsh heritage through the eyes of their historical counterparts

The Royal Commission on the Ancient and Historical Monuments of Wales is pleased to announce the launch today of an exciting new multimedia website promoting heritage tourism in Wales. Available in four languages, Journey to the Past invites modern European tourists to discover the jewels of Wales’s spectacular and diverse heritage. Nine thematic trails and a series of digital products inspired by the writings of their predecessors, will give today’s visitors the chance to immerse themselves in the historic buildings and landscapes of Wales.

French and German tourists have flocked to Wales since the mid eighteenth-century, be it to seek a romantic idyll, to steal the secrets of world-leading industries or to gain refuge from conflicts on the European mainland. From Count Herman von Pückler-Muskau to Carl Carus, the court physician to the King of Saxony, or the adventurous Madame Stéphanie de Genlis, many were inspired to write detailed and evocative descriptions of their journeys. These include accounts of the people, historical sites, buildings and industries. Their travel writing, published in travelogues, guidebooks, diaries and letters, has been brought together by Bangor University, the Centre for Advanced Welsh and Celtic Studies (CAWCS) and Swansea University under the recent European Travellers to Wales project, allowing a new understanding of how Wales was viewed by travellers from the European mainland.

A grant from the Arts and Humanities Research Council’s Follow-on funding has enabled Bangor University, CAWCS, the Royal Commission and Visit Wales to transform these previously little-known accounts into exciting online experiences using the most up-to-date digital technologies. The Royal Commission has combined its expertise in digital interpretation with the rich resources of its archives to create a series of image galleries, animated 3D-photographs and videos.

With the help of Virtual Reality technology, people around the world can now step inside the romantic ruin of Tintern Abbey and see how the site would have looked 150 years ago. The dizzyingly high walls and breath-taking atmosphere of the abbey by moonlight can be experienced in a variety of Virtual Reality formats.

A short multi-media film about Merthyr Tydfil in the nineteenth century tells of the French and German visitors. The film captures their amazement in front of the industrial wonders of the Dowlais and Cyfarthfa ironworks at a time when Merthyr was the largest industrial city in Europe. Their stories are accompanied by a virtual 3D-reconstruction of the dramatic skylines and industries of the town, together with animated historical photographs of the Merthyr Tydfil townscape.

A number of high-resolution Gigapixel 360-degree tours invite the website user to find out more about some of Wales’s most impressive monuments such as Penrhyn Castle, Chepstow Castle and Parys Mountain, while historic stereoscopic photographs are given a new lease of life with the help of modern animation software. In addition, a fly-through of the point clouds resulting from laser scanning of St Winefride’s Well, Holywell has been produced.

The Royal Commission’s Secretary, Christopher Catling, said, ‘the website reveals what 18th- and 19th-century visitors thought of Wales. They sought out its venerable antiquities and picturesque ruins but were just as fascinated by its cutting-edge technology and futuristic industrial sites. Seeing Wales through their eyes teaches us to see today’s Wales differently’.

All of the resources are available in French and German as well as Welsh and English to promote historic Wales as a modern tourist destination around the world.

For more information on the project, please contact Susan Fielding on susan.fielding@rcahmw.gov.uk or 01970 621 219. 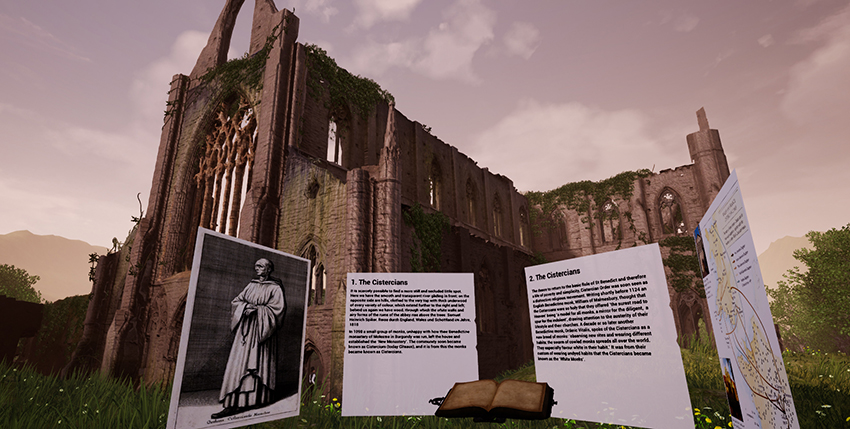 1. Tintern Abbey from the Virtual Reality 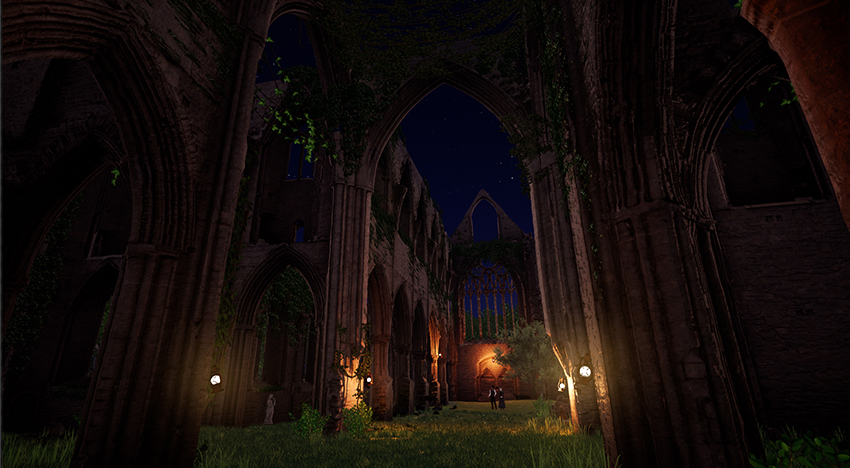 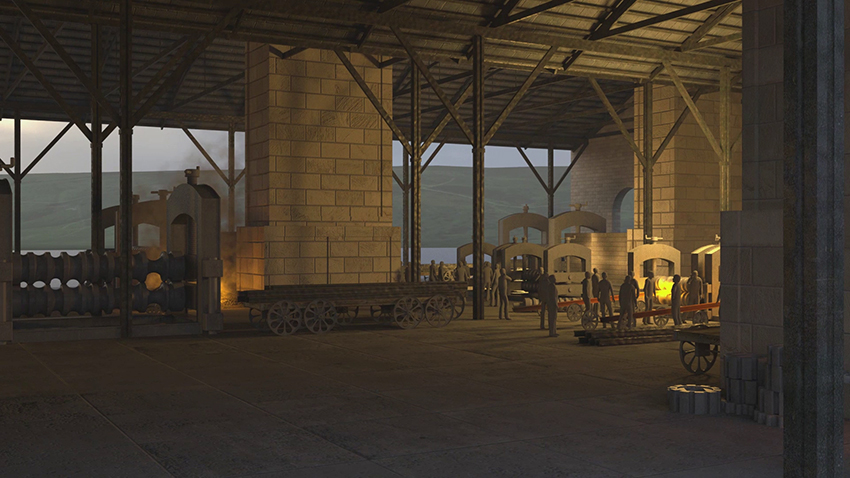 5. Image from the laser scanning of St Winefride’s Well