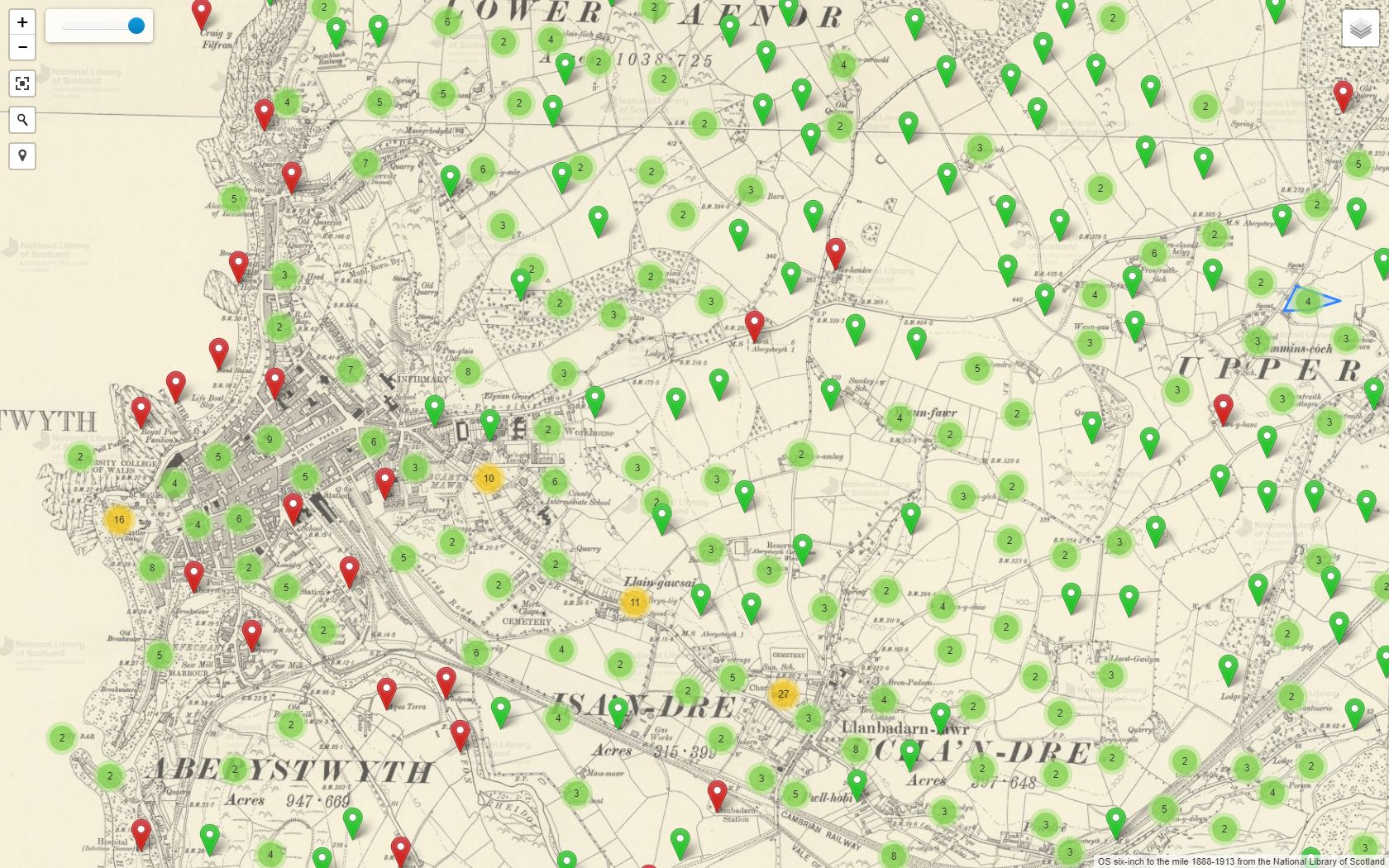 The List of Historic Welsh Place Names received the Cynefin Project data from the National Library of Wales just before Christmas, and since then, we have been going through them and cleansing the data in order to upload them to the List. This meant going through over 900,000 records, and pulling out each one that wasn’t actually a name, like ‘field’ or ‘house and garden’. This work is now completed, and we are happy to announce we have an additional 515,902 names to add to the list.

These include names in Welsh, English, and a mixture of the two, some of them particularly interesting, such as Cae Dungeon in Glascwm, Radnorshire. Why was there a dungeon in a rural parish? There’s also Maes y Droell in Llanarmon yn Iâl, Denbighsire, which according to local tradition got its name because a woman was killed there with a spinning wheel (troell).

Many people collecting information for the tithe wrote ‘ditto’ rather than repeating names in order to save time. As well as removing the non-name results, the Commission’s Place Names Officer James January-McCann has also been extracting the dittos, and keeping them to one side. There’s a little over twenty thousand of them, all told. Each datum comes with a link to the original tithe key, so replacing the dittos with the real names will be simple enough, and we intend to do this once the first half million names have been uploaded.

View the List of Historic Place Names of Wales