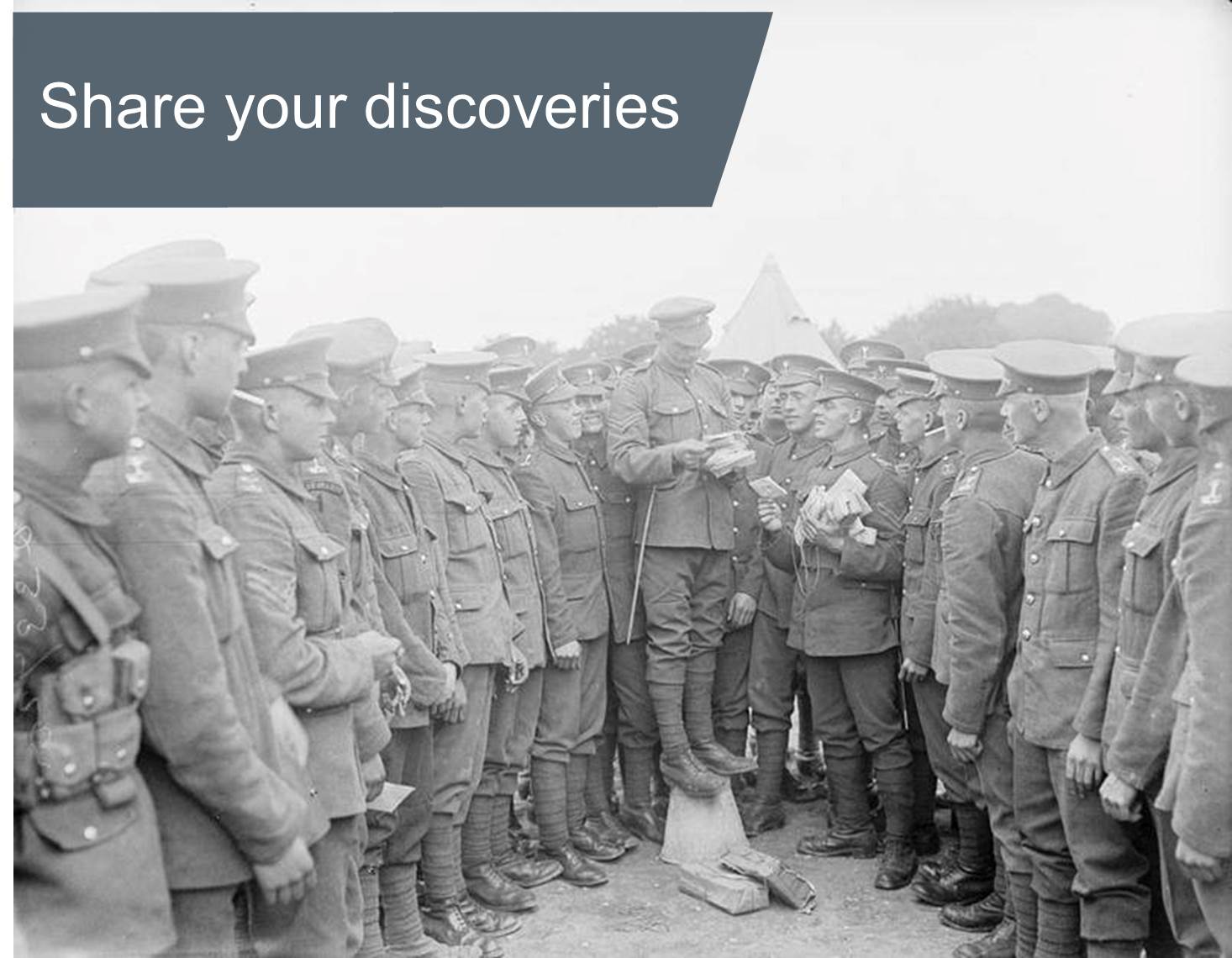 Lives of the First World War: Creating a Digital Memorial

Digital Past 2017 is extremely pleased to host Charlotte Czyzyk, Project Manager for the Imperial War Museum project Lives of the First World War, as one of our keynote speakers.

Founded in 1917 ‘not as a monument to military glory but to record the toil and sacrifice of everyone who had served in uniform or worked on the home front during the First World War’, IWM believes that each and every one of the 7.5 million men and women from across Britain and the Commonwealth who served during WW1 ‘deserves to be remembered’.

As part of the centenary commemorations IWM has created a new online platform designed to create a Life Story for every man and women who contributed to the war effort. People are able to upload photographs, stories and records to individual life stories, as well as create communities that may replicate the communities formed between people, whether within battalions,  factories, towns, medical corps or on board ship. Since May 2014 over 7.5 million stories have been added, and over 3,500 communities created.

Charlotte will explain the workings of the online platform, highlight some of the fascinating stories that have been revealed, and advise on the opportunities this creates for future research.

Book your ticket for Digital Past now