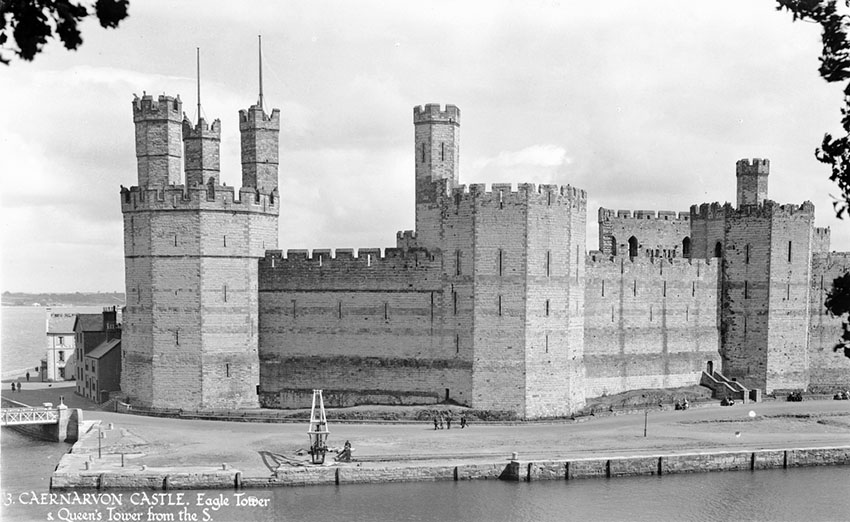 In Qatar since Monday the Wales football team and supporters have been heartily singing their recently adopted anthem, Dafydd Iwan’s ‘Yma o Hyd’.  The song has many historical refences, especially the first verse:

You don’t remember Macsen,
nobody knows him.
One thousand and six hundred years,
a time too long to remember.
When Magnus Maximus left Wales,
in the year 383,
leaving us a whole nation,
and today – look at us!
https://lyricstranslate.com/en/yma-o-hyd-still-here.html

Who was Macsen?  And what was the significance of the year 383AD? This blog attempts to answer these questions.

Macsen Wledig was the Welsh name for the usurping fourth-century Roman Emperor Magnus Maximus.  Magnus, an accomplished soldier, had come to Britain to help protect the province from the inroads of Barbarians. Magnus achieved a great victory over the Picts and Scots in 383AD and the army proclaimed him emperor.  Maximus crossed the Channel to pursue his imperial ambitions, defeated the Emperor Gratian and became Emperor in the West but was slain in 388AD.  It seems quite possible that Magnus had left Britain with most of the Province’s soldiers and youth (as the ninth-century historian Nennius later described) and that power was transferred to local rulers.  The degree of Romanisation of late fourth-century and later Wales is uncertain and the subject of challenging research. The corpus of surviving early Christian stones with Latin inscriptions certainly suggests the continuing importance of a Romanised society in early medieval Wales but, as Nancy Edwards has suggested, there were alternative and competing identities.

There is a strong tradition of Magnus Maximus in Wales where he was called Macsen Wledig, i.e. the emperor or ruler Macsen.  Many Welsh dynasties claimed descent from him, and his name appears on the mid-ninth-century pillar of Eliseg (studied by our chair, Nancy Edwards, see below). Certainly, a strong medieval tradition linked Macsen with Segontium, the Roman fort at Caernarfon.  In the Dream of Macsen Wledig in the Mabinogion the story claims that Macsen/Magnus dreamed of journeying to a great fort in a land of mountains.  The fort was located in Wales and Macsen eventually found and married Elen the daughter of the region’s ruler whose fort was at Segontium.  It was claimed that one of their sons was Peblig, the saint of Llanbeblig, the parish church of Caernarfon.

Breuddwyd Maxen probably achieved written form in the fourteenth century, but these traditions must have been ‘live’ when Edward I arrived at Caernarfon in 1283 and they helped link the new castle in Caernarfon with imperial Rome. An extraordinary incident occurred: it was claimed that the remains of Magnus Maximus were found during building work at Caernarfon, and on Edward I’s own orders were reburied in the church. This seems to relate to the earlier (ninth-century) claim by Nennius that Constantine’s tomb had been found at Segontium and that Constantine had ‘sowed seeds of gold, silver and bronze’ at the fort. Presumably inscribed stones, coins, and other Roman artefacts were regularly found at Caernarfon (as Wheatley suggests). The celebrated castles historian, A J Taylor (one of our former commissioners), claimed that the architecture of Edward’s new castle at Caernarfon was influenced by the Roman associations of Caernarfon.  In particular, polygonal towers were constructed instead of the more usual round towers, and the walls had bands of coloured stone.  The banded masonry at Caernarfon Castle was very different from, for example, Harlech or Criccieth which were covered in lime render.  Taylor claimed the walls of Caernarfon Castle were modelled on the unbreachable walls of Constantinople, the capital of the Eastern Roman Empire, which had polygonal towers and tile-laced walls.  As Taylor put it, ‘the resemblance seems too striking to be fortuitous’.  Castle historians have been cautious about accepting the direct architectural influence of Constantinople’s Theodosian walls while accepting that Roman tile-laced walls may have inspired the banding at Caernarfon Castle. The brooding carved eagles on the castle’s Eagle Tower are unmistakeable imperial symbols. Certainly, it seem that Edward I was well aware of the imperial associations of Segontium and attempted to appropriate some of the area’s extraordinary legendary history for the architecture of his new castle.