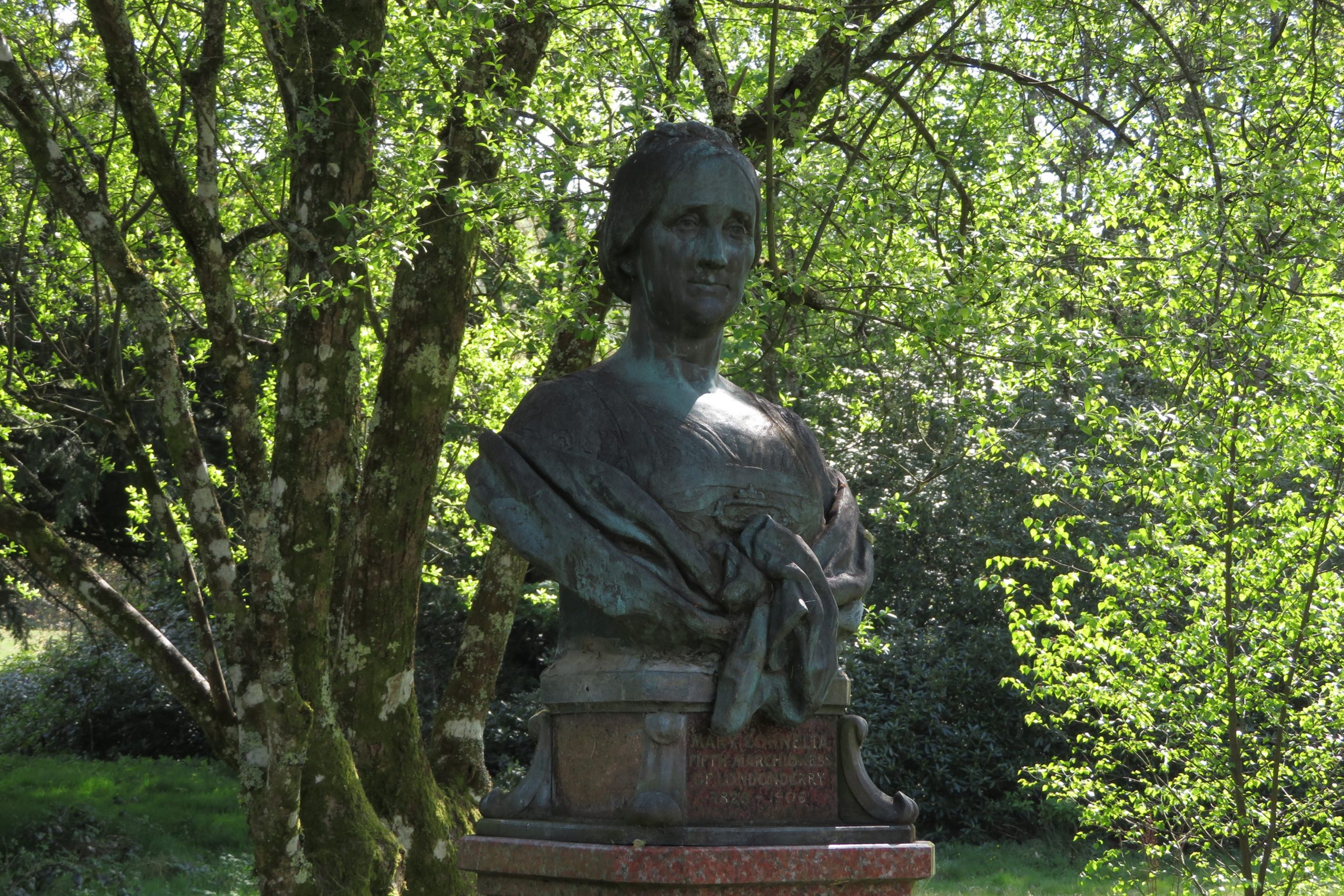 Recent years have highlighted the significance and power of statues. In Wales as elsewhere, government and heritage bodies, activist groups, and concerned individuals have all taken an interest in these monuments and the histories which they commemorate— as well as those which they do not.

One notable demographic which remains underrepresented in Welsh statuary is women. However, the group Monumental Welsh Women has worked not only to highlight the scarcity of such statues, but also to correct it by erecting five statues to five Welsh women in communities around Wales over five years. The first, a statue of Wales’s first black headteacher, Betty Campbell (1935–2017), was unveiled in Cardiff in 2021, followed by the author, television dramatist, and evolutionary theorist, Elaine Morgan (1920–2013), in Mountain Ash in March this year.

These are some of the only statues of named, historical, Welsh women in public spaces in Wales. This may seem like a lot of caveats, but ‘named’, ‘historical’, ‘Welsh’, and ‘public’ are all significant criteria. They exclude, for example, sepulchral effigies in churches, busts or statues in private collections, female statues which represent abstract concepts (i.e., ‘peace’ or ‘justice’) or generic or fictional characters, and statues of Queen Victoria. These leave the types of statues to prominent historic figures, almost exclusively male, which stand in public spaces the length and breadth of Wales.

One rare historic example of a statue publicly commemorating a named Welsh woman is the bust of Lady Mary Cornelia Vane-Tempest (1828–1906) in Machynlleth, Montgomeryshire. It currently stands in the grounds of her former home, Plas Machynlleth, now a public park. However, it was not erected as a private memorial but rather, as its inscription records, as a testimonial from a ‘grateful community and many friends … to perpetuate the memory of one who by her wide sympathies, good life and good works, endeared herself to all in this ancient town’.

Mary Cornelia was from a local Welsh landed family, the daughter of Sir John Edwards, First Baronet of Garth. Her grandfather, another John Edwards, was a solicitor in Machynlleth. He established the Edwardses as local landowners and was the first of the family to live at the Plas.

In 1846, Mary Cornelia married George Henry Robert Charles William Vane-Tempest (1821–1884), known as Henry, the son of Charles Vane, 3rd Marquess of Londonderry, who became the 5th Marquess in 1872. The Marquesses of Londonderry are an important if controversial family in Irish, British, and wider European history. However, Mary Cornelia and Henry focused much of their efforts on their home and community in Machynlleth and were well liked and highly regarded because of it.

In his history of Machynlleth, The Town of a Prince (1991), David Wyn Davies notes that the town ‘lived and breathed the Plas during the days of Mary Cornelia’ (p. 106). The grounds of the Plas were often turned over to public events and celebrations and the family patronised local cultural events such as eisteddfodau. In reporting on the Machynlleth Eisteddfod in 1879, the Cambrian News and Merionethshire Standard noted that whenever an event occurred in the town ‘whether it is sheep dog trials, rejoicings, or eisteddfodau … the Plas Machynlleth family are always ready to do what they can to help the townspeople in their efforts’.

It was for their charity that the family, especially Mary Cornelia, were best remembered. They regularly distributed food and clothing to the poor, often from Vane Hall, near the Plas. Their charity is reflected in the built environment of Machynlleth. The town’s first infant school, the Vane Infants’ School, was founded and funded by Mary Cornelia and Henry to celebrate the birth of their first child, the future 6th Marquess, Charles Vane-Tempest-Stewart (1852–1915). In 1892, it was converted to the Londonderry Cottage Hospital, the town’s first hospital, again with the Vane-Tempests’ financial support. Behind this structure was constructed, also at Mary Cornelia’s bequest and with her patronage, the Vane Alms-Houses, which housed local widows and the poor, free of charge. Machynlleth’s built environment also shows the community’s regard for the family, mostly strikingly in the town clock, constructed to celebrate the coming of age of the future 6th Marquess and funded by public subscription, but also in the bust of Mary Cornelia.

10 November 1909 was a market day in Machynlleth, and despite the inclement wintery weather, hundreds gathered to witness the unveiling of Mary Cornelia’s statue. It originally stood in the green space neighbouring the hospital and alms-houses, two of the charitable institutions she had founded, her bronze face turned towards her family’s prominent gravestones in the nearby churchyard. The statue was sculped by another woman, Lady Feodora Gleichen (1861–1922), and stands on a granite base prepared by J. O. Williams, which bears an inscription recording the community’s gratitude. The £450 bust had been commissioned by a council of townspeople and paid for by voluntary subscription. Several local religious and civic leaders, as well as the Bishop of Bangor, addressed the well-wishers at the unveiling, all of whom spoke of Mary Cornelia’s charity and concern for the community, and hoped that the statue would preserve her memory for generations to come.

Today the statue stands surrounded by trees and flowers near Mary Cornelia’s former home. At first glance, its position in the gardens can make it seem like a historical part of the Plas grounds. But the actual circumstances surround its erection make it highly significant as a rare act of public commemoration of a Welsh woman in sculpture.

You can read more about the unveiling of the statue on Welsh Newspapers Online:
• Cambrian News and Merionethshire Standard, 12 November 1909
• Aberystwyth Observer, 18 November 1909