CBHC / RCAHMW > News > On the trail of Pryderi, King of Dyfed 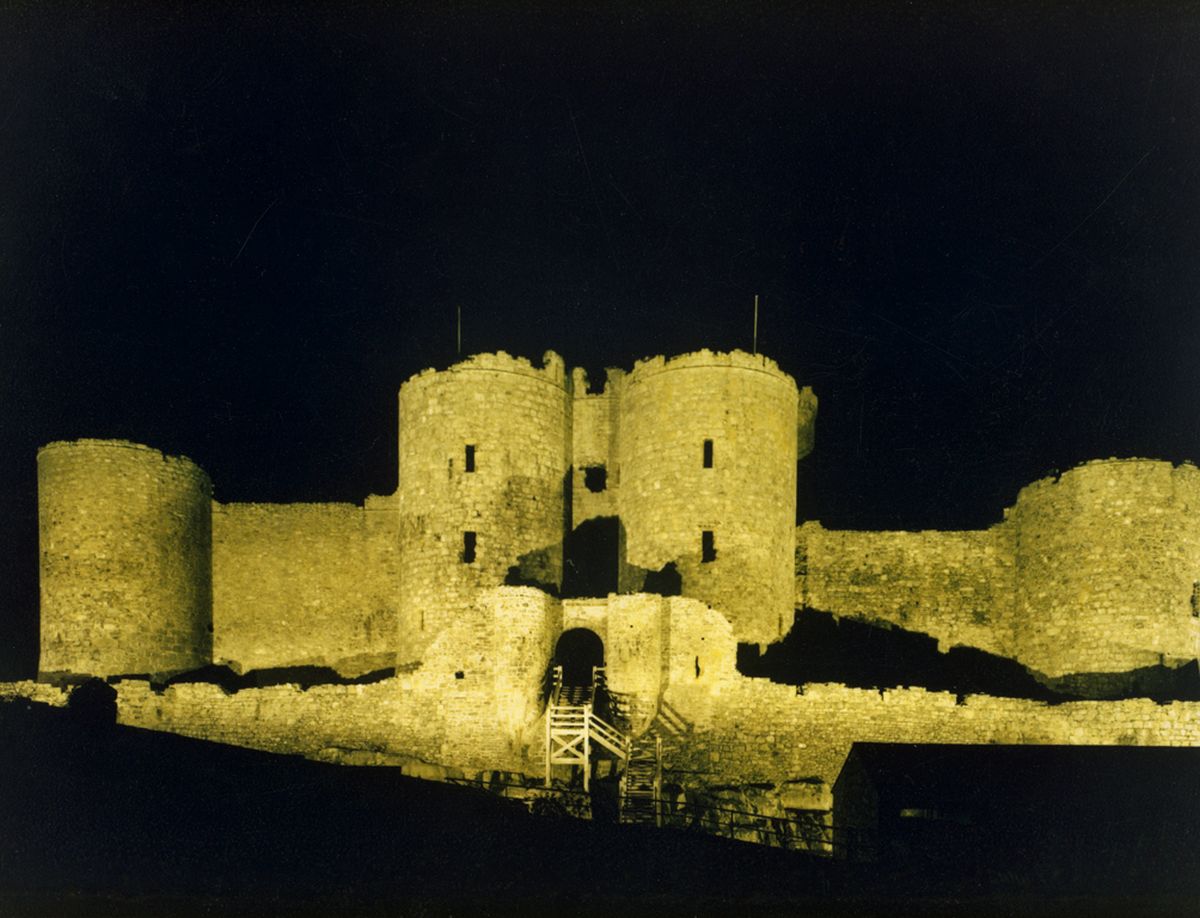 On the trail of Pryderi, King of Dyfed

Pryderi, King of Dyfed, is a mythological figure whose heroic life is told in the Mabinogi, a series of early Welsh tales told by poets and storytellers to entertain their audiences.

The eleven surviving Mabinogi tales date from the 12th century but were probably told orally for several centuries previously. They include tantalising clues locating the tales in actual places which can be visited today. Pryderi was born in Aberth (Narberth), Pembrokeshire, the son of Pwyll, King of Dyfed. On the night of his birth, he disappears and his mother, Rhiannon, is wrongly blamed for killing her son and eating him! Present day Narberth Castle appears to have been founded by the Perrot family in 1092 and re-built in stone in the 13th century. It is plausible that the castle was built on the site of a Welsh maenor (administrative centre) thus adding context to the Mabinogi tale of Pryderi. The castle is open to the public.

Pryderi is next found in the tale of Teyrnon, Lord of Gwent Is Coed. Teyrnon finds Pryderi and names the boy Gwri Wallt Euryn (Gwri of the Golden Hair). Pryderi grows very quickly to adulthood and is recognised as Pwyll’s son. He is fostered by Pendaran Dyfed, as was usual for a royal child, and is employed as a swineherd. Pryderi becomes the bravest and most handsome young man in Dyfed (the modern county of Pembrokeshire). He makes a noble marriage with Cigfa, daughter of Gwyn Glohoyw (from modern day Gloucester). Is Coed was an important and rich cantref containing ancient settlements such as Caerleon (Latin Isca), an important Roman military settlement, and Caerwent (Latin Venta Silurum), capital of the Silures tribe. Nant Teyrnon flows through part of Cwmbran, near Llantarnam Abbey, a Cistercian abbey founded c.1179 as a daughter house of Strata Florida Abbey, Ceredigion, and a convent at the present day. Llantarnam may have been named after Nant Teyrnon.

Pryderi now seeks new adventures. He accompanies Bendigeidfran, King of Britain, to Ireland to avenge Branwen, Bendigeidfran’s sister, who has been ill-treated by her husband Matholwch, King of Ireland. Bendigeidfran is a giant who wades across the Irish sea. They have various battles with both sides using supernatural powers, including a magic cauldron which brings the dead back to life. Only seven warriors including Pryderi survive, and they bring back Bendigeidfran’s living head to Harlech, where they live for seven years, soothed by the song of the three magical birds sent by Pryderi’s mother, Rhiannon. No archaeological evidence has been found for a Welsh castle at Harlech which predates Edward I’s spectacular fortress built by 1289 on the cliff, although the princes of Gwynedd had a maerdref (royal land) at nearby Ystumgwern.

The warriors then move to Gwales (thought to be the island of Grassholm off Pembrokeshire) where they live in a castle for eighty years, forgetting their troubles, until Heilyn opens a forbidden door facing Cornwall which brings back  all their memories. The warriors then realise that to ward off invasion they must complete their task of burying Bendigeidfran’s head in London at Gwynfryn (supposedly the site of the Tower of London) facing France. Although now uninhabited, there is evidence of earlier buildings on Grassholm, home to 10 per cent of the world’s gannet population.

Following his adventures in Ireland, after the death of his father Pwyll, Pryderi returns to his wife Cigfa and persuades one of his fellow warriors Manawydan, Bendigeidfran’s brother, to marry his mother Rhiannon.  When they all return to Arberth, Dyfed is magically turned into a wasteland and, as a result, they go to England. Returning again to Dyfed, Pryderi recklessly follows a white boar into a castle and is enchanted by a golden bowl. His mother Rhiannon is also enchanted when she looks for her son and they and the castle disappear. Manawydan must break the enchantment created by the wizard Llwyd ap Cil Coed. According to the legend, Llwyd’s home was at Porth Cerddin, which it has been suggested could be Porth Mawr near St David’s, Pembrokeshire.

Pigs now re-enter the story. Pryderi is given some magic pigs by Arawn, Lord of the Underworld but he is cheated by Gwydion, a wizard from Gwynedd. In revenge, Pryderi marches north with his army but is defeated by Math mab Mathonwy, King of Gwynedd, in a battle located between Maenor Penardd and Maenor Pen Alun. It has been suggested that Maenor Penardd is located near Dinas Dinlle, near Caernarfon, which is in the township of Penardd. Dinas Dinlle is the site of an important Iron Age fort where Roman material has also been found.

Pryderi retreats along an old track through Garndolbenmaen but the two sides continue to fight. It is decided that the contest must be finished by single combat between Pryderi and Gwydion. The fight takes place at Felen Rhyd on the Dwyryd Estuary near Maentwrog. Gwydion is helped by his magic powers and Pryderi is finally defeated. There is a tradition that the standing stone in St Twrog’s churchyard, Maentwrog, is his burial stone. Other stories claim that Pryderi was buried at Aber Gwenoli in Coed Felen Rhyd, near the Maentwrog hydroelectric power station built in 1928. Interestingly, there is a small farm nearby named Tyddyn Dewin (the Welsh for ‘wizard’).  After such an exciting life, Pryderi was given a peaceful burial place in Coed Felen Rhyd where there are many woodland trails. His often impetuous actions led to his downfall and death far from his home in Dyfed, however the Mabinogi tales revere him as a great heroic figure.

On the trail of Pryderi – Living the Awareness of Being Aware

thank you for this- it’s wonderful!