CBHC / RCAHMW > News > One hundred Years On! Aerofilms: A History of Britain from Above 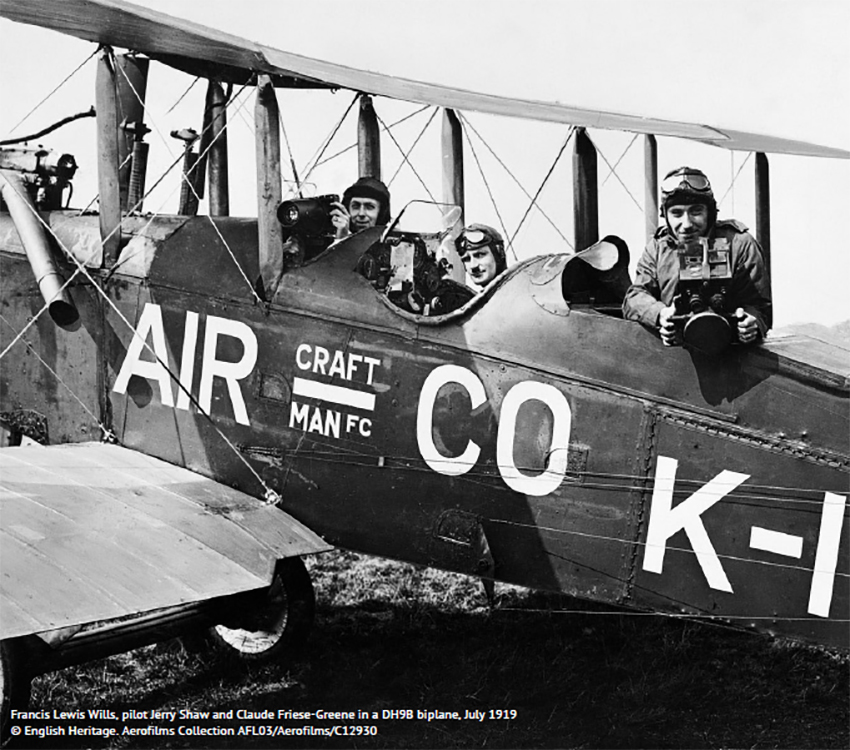 One hundred Years On! Aerofilms: A History of Britain from Above

One hundred years ago today, 9 May 1919, Aerofilms Ltd was born. The unprecedented business venture hoped to marry the still fledgling technology of powered flight to the discipline of photography. The founders were Claude Grahame-White, an internationally-famous English aviation pioneer, and Francis Lewis Wills, a trained architect who had flown as an observer for the Royal Naval Air Service during the First World War. Together they embarked on a distinctively British tale of derring-do. From developing photographic glass plates in a hotel bathroom at the London Flying Club in Hendon, to producing many thousands of aerial images every year, they took a tool which had first been used for military intelligence and repackaged it for the mass market. As a result, Aerofilms lived through and recorded one of the most rapidly changing periods in British history and produced over 1.2 million aerial photographs of Britain, covering key events and places that make up twentieth-century British history. After surviving the worldwide economic crash of the Great Depression in the 1930s and serving their country at the direct request of Winston Churchill during the Second World War, they were still on hand to help shape the Britain of the future, capturing the major reconstruction projects of the 1940s and 1950s.

In 2007, the Aerofilms collection was bought for the nation by English Heritage and the Royal Commissions on Ancient and Historical Monuments for Scotland and Wales with support from the Heritage Lottery Fund and the Foyle Foundation. After a programme of careful conservation and digitisation of some of the rarest and most fragile glass plate negatives, in a two-year project from 2012, 95,000 of their earliest images were made available to access via the Britain from Above website. Today this website has 78,752 members and has received over 360,000 contributions.

Unique occasions captured in Wales include the ceremony at the recently-erected Cenotaph war memorial during the visit of the Prince of Wales in November 1923; the eerie stillness of Gresford Colliery, one month after the mining disaster of 22 September 1934, when a major explosion and subsequent fire killed 266 miners; the newly-built Swansea Guildhall in 1935; and Dowlais Ironworks in 1929. All of these memorable images, as well as all others relating to Wales,  are available on Coflein.