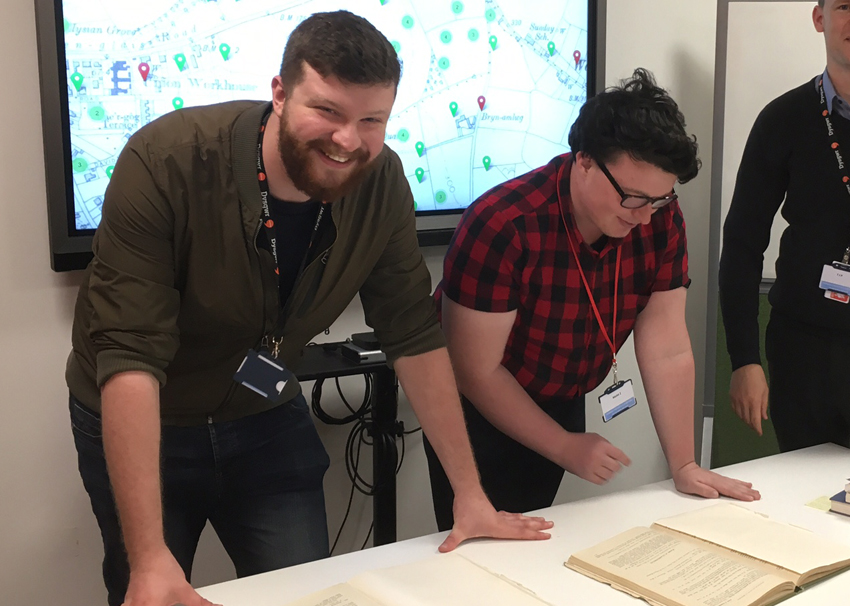 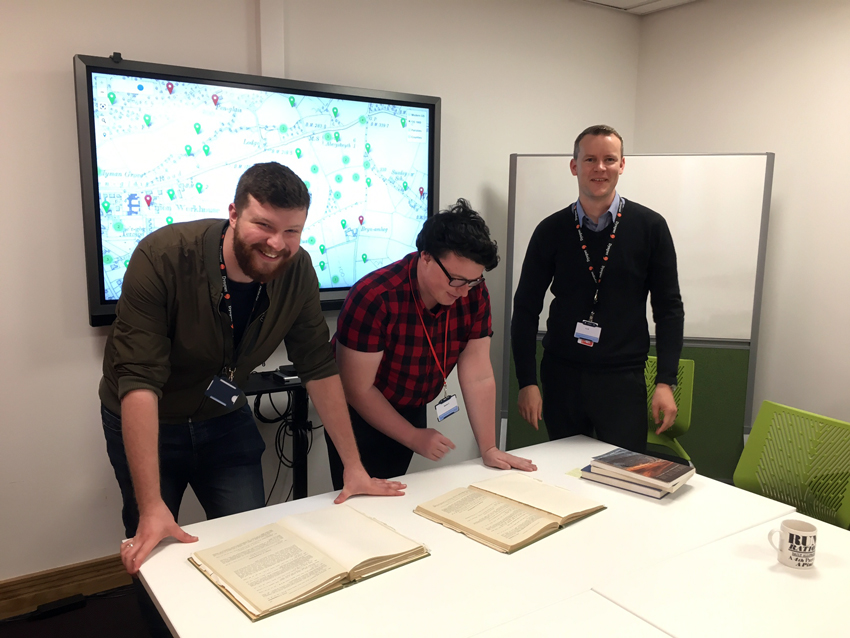 The Project was undertaken as part of the work placement module, an important element of our History & Heritage Masters course at Aberystwyth University. We chose the Royal Commission for our placement as it is an esteemed national heritage organisation, located in Aberystwyth, so it was a valuable placement for us on our proverbial doorstep.

We were grateful to be given the opportunity to participate in a long-term project at the Royal Commission, with our contributions being of value to those who will be conducting further research in the future. Our task was to delve into the County Inventories of descriptions and  indexes of historic and archaeological sites, which the Commission (established in 1908) began publishing during the early twentieth century, and to plot the historic place names listed in the sections detailing ‘Sites of Historic and Antiquarian Interest’ geospatially, using  the Commission’s specialist GIS software.

Our work encompassed the old counties of Carmarthenshire, Montgomeryshire, Merionethshire, Denbighshire and Pembrokeshire. Many of the locations which we recorded were fields, the names of which recorded ancient features, such as cairns (carnedds) and standing stones (maenhirs).  The names for these fields were often the only evidence for archaeological sites which had disappeared by the time of recording. Other sites which were noted included the locations where chapels once stood, or were reputed to have stood. 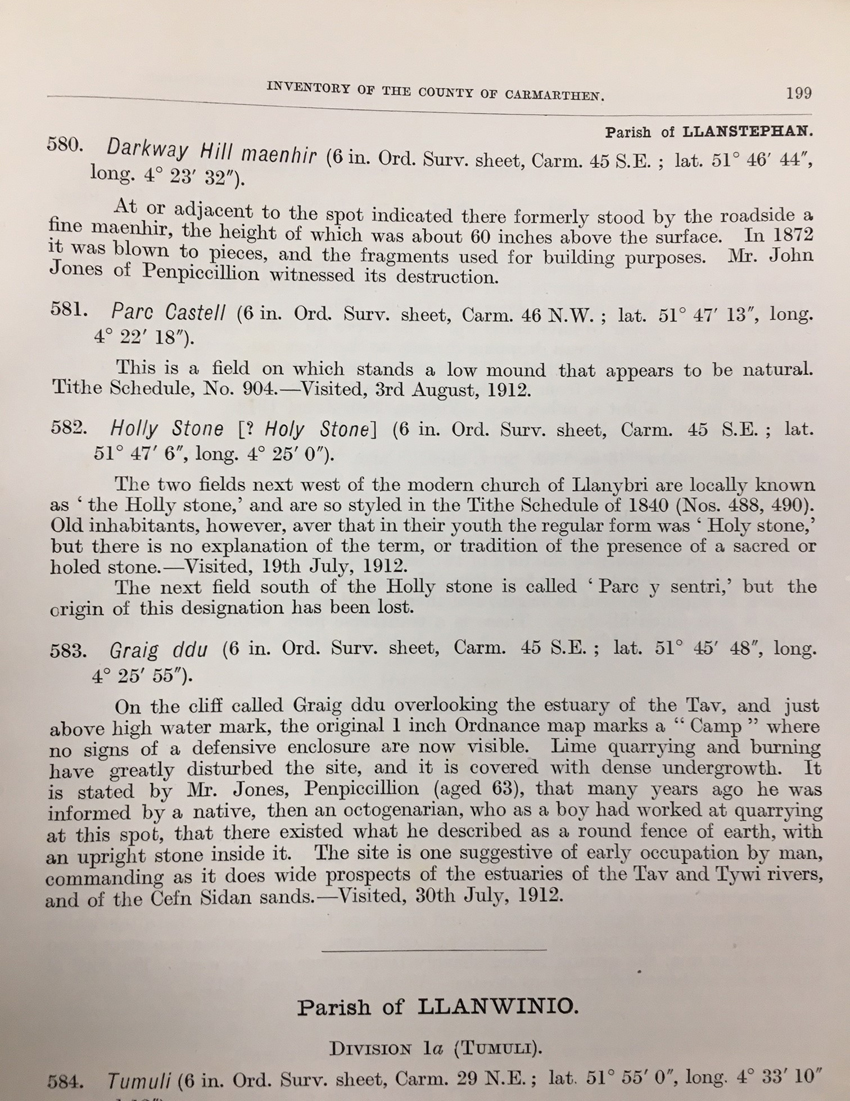 The place names recorded were often of a quirky character in the communities we were looking at, and had interesting local traditions recorded in the inventory. One example was a field known as Church Park in the parish of Lampeter Velfrey. The tradition is that this had originally been the intended location of the parish church, but that supernatural agency had rendered this impossible.  Another location was recorded as the burial site of a local mischievous spirit. Elsewhere, in Conwy, there was a volcanic rock which had been named ‘Arthur’s Table,’ where chairs had been carved around it. These unusual stories made this work something of an adventure. Another benefit of our work was that some of our findings were not recorded in Coflein, the Royal Commission’s online database of archaeological and historic sites, but will be added to ensure that it is as comprehensive as possible.

As well as being beneficial for the Royal Commission, the placement has been highly beneficial for us. The experience will be invaluable when it comes to getting work in the heritage sector as we now have experience in desk-based documentary research, dealing with complex online databases, and working in an open office environment. Our work will be available for prospective employers to see on the place names website https://historicplacenames.rcahmw.gov.uk/, so this will further strengthen our employability in a highly competitive field. We felt that it was an experience that was as rewarding as it was enjoyable for us, which was ultimately over too soon.

‘This has been a fantastic opportunity for the Commission, and for Alex and Rhys, to work on a well-defined project that forms part of a larger ongoing programme of work on the historic place names of Wales. Not only has it strengthened our list of historic place names, it has given us an insight into how some of our earliest investigators went about their work in the first part of the twentieth century.’

Preserving our Welsh heritage is a duty and vital to maintaining our culture. I’m proud of the Commission’s endeavours and fully support this work.