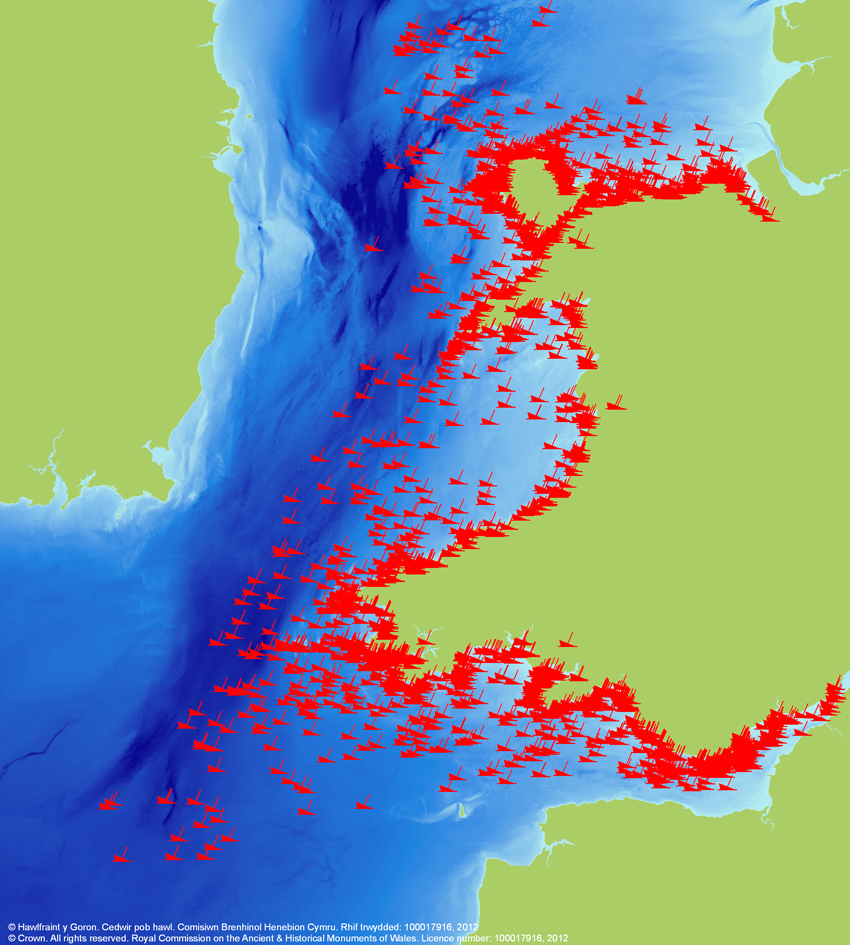 In 2007, the Royal Commission began a major new programme of research to extend the National Monuments Record of Wales (NMRW) to cover the UK’s share of the Continental Shelf adjacent to Wales. Working in collaboration with the National Monuments Records of Ireland, Northern Ireland, England, Scotland and the Isle of Man, shipwrecks and other forms of underwater historic environment assets are now being recorded throughout the Irish Sea. 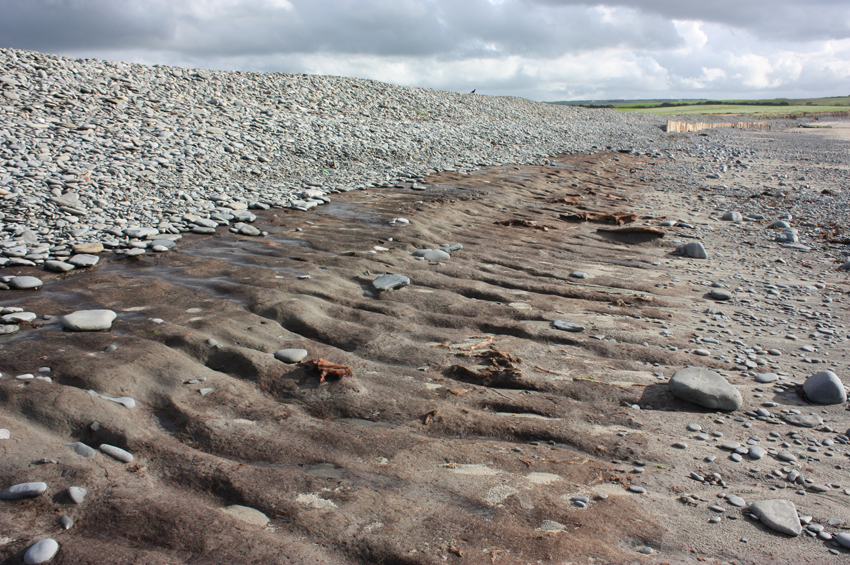 New Palaeolithic sites include elements of former landscapes such as river valleys and deltas preserved in the geological structure of the seabed, plus over 60 expanses of prehistoric forest in the intertidal zone. An example is shown here―the shingle ridge at the back of the beach has retreated at Llanrhystud, Ceredigion, revealing a layer of peat containing ancient tree stumps dating to the Mesolithic period. 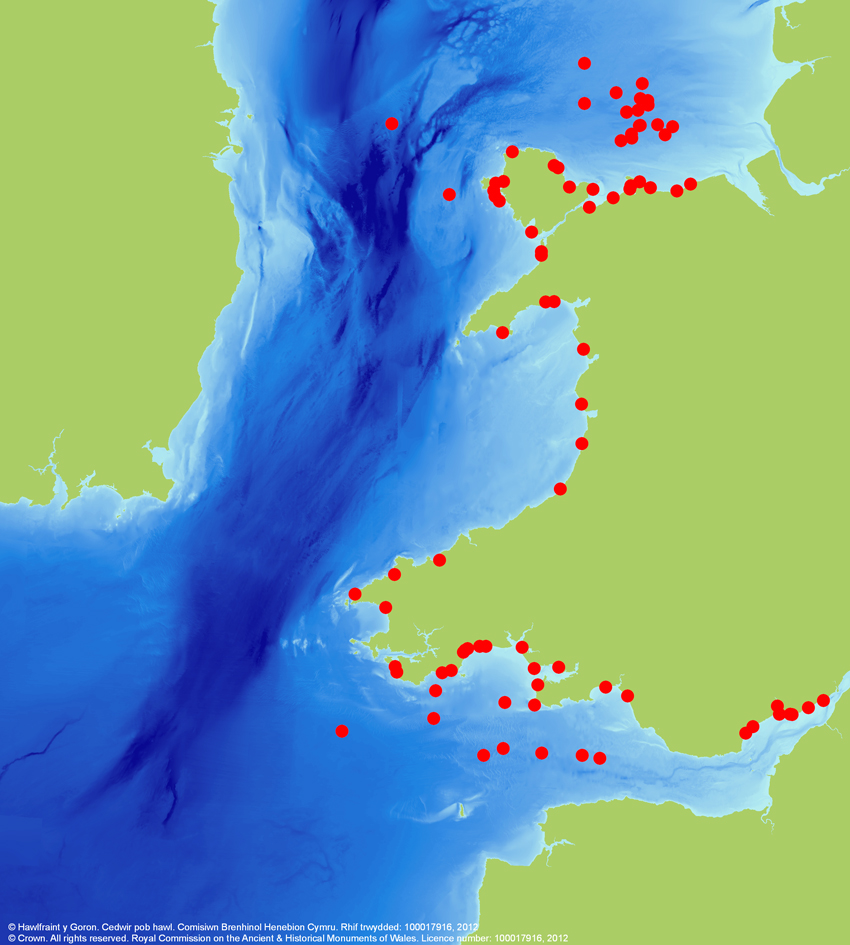 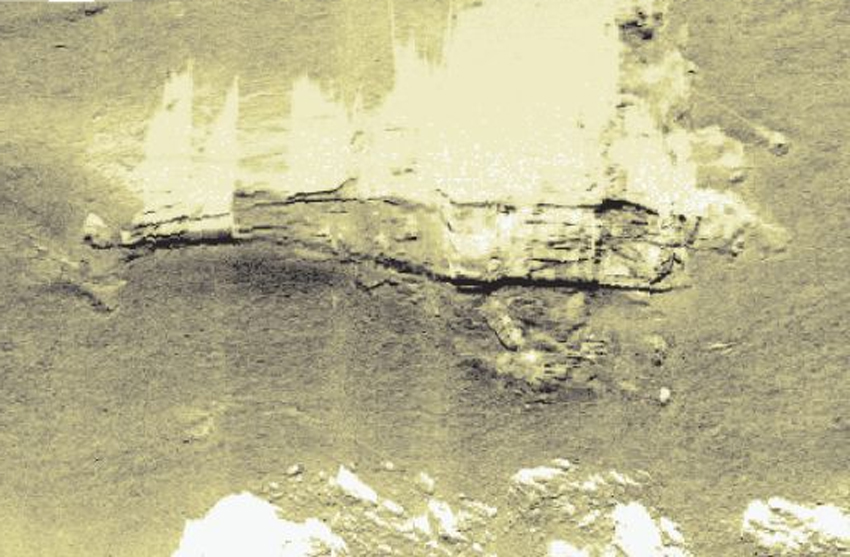 The NMRW now contains over 340 records for civilian and military aircraft losses from the early years of pioneering flight through both World Wars. These include T9044, a Mk1 Short Sunderland flying boat sunk off Pembroke Dock, shown here as a side-scan sonar image. We now know that there are at least 21 other sites around the Welsh coast, where there are no surviving comparable aircraft still in service or in museum collections. 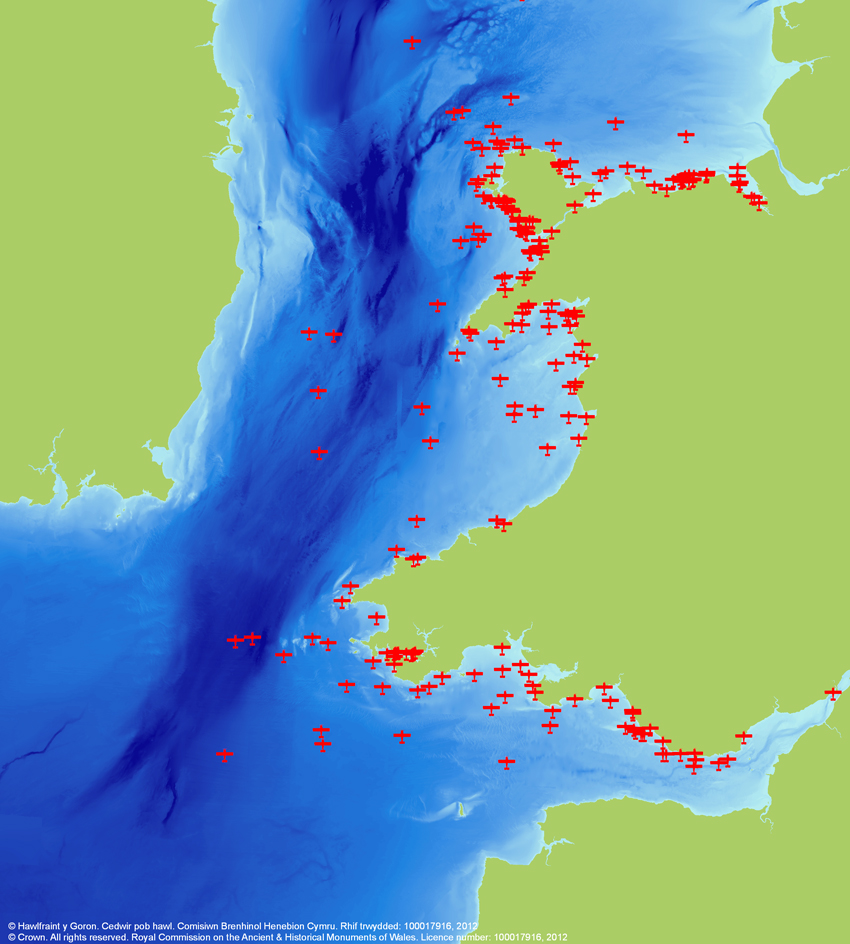 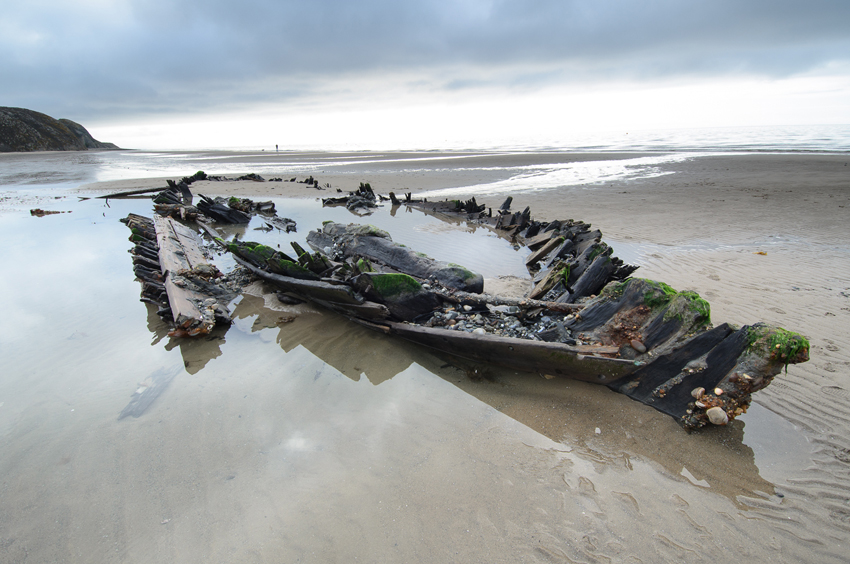 We now know that there are some 1744 confirmed wreck sites, including eighteenth century East Indiamen and large numbers of nineteenth-century coastal traders, as well as over 100 losses from enemy action during the World Wars. Many new discoveries have been made― such as this slate-carrying vessel uncovered on Warren Beach, near Abersoch, over the winter of 2013. 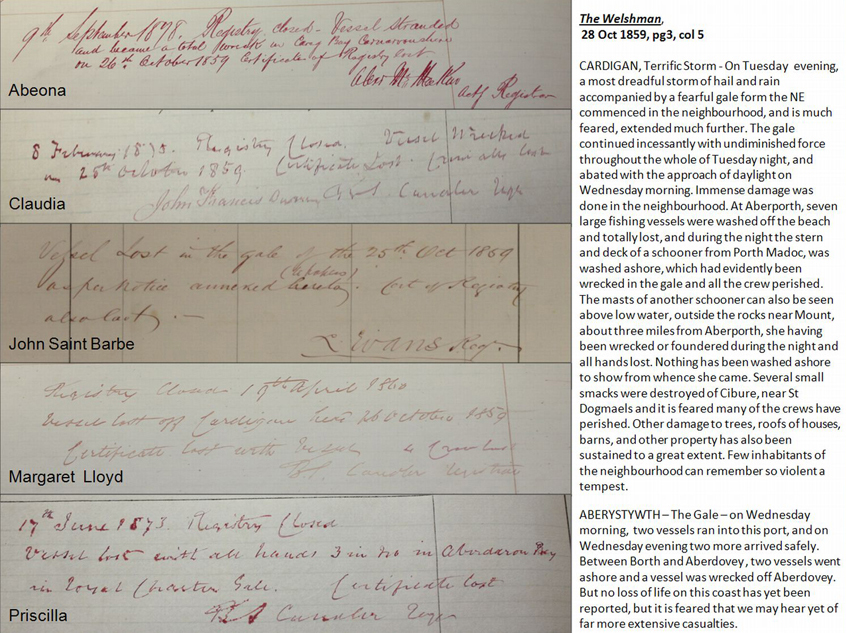 As a result of the archive research undertaken by the Royal Commission, the NMRW now contains details of over 5844 shipping losses. Shown here is an extract from The Welshman newspaper regarding a gale in October 1859, and some of the confirmations of wrecking from Shipping Registers preserved by the Welsh Archives Network.