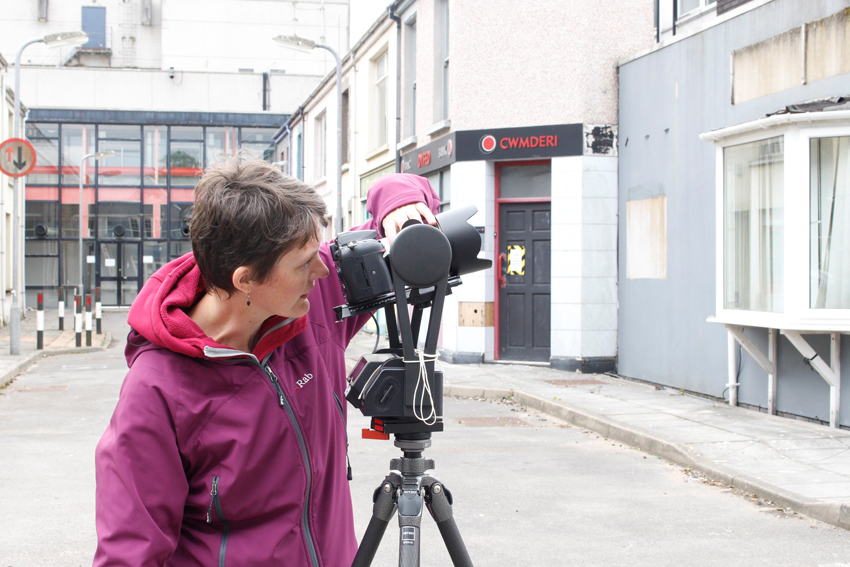 Over the last few months, the Royal Commission has been working with the BBC to record BBC Wales Broadcasting House, Llandaff, using 360° gigapixel photography.

Broadcasting House was designed by the architect Ivan Dale Owen of the influential Percy Thomas & Son practice. A native of Merthyr Tydfil, Owen studied at the Welsh School of Architecture, the London School of Planning, Massachusetts Institute of Technology, and Harvard before working with one of the most influential architects of the 20th century, Walter Gropius at the Architects’ Collaborative. He returned to Wales in 1958 to join Percy Thomas & Son, becoming a partner in 1964.

The Llantristant Road façade of BBC Broadcasting House, with the canopied entrance into the office block sitting to the right of the original sound studio.

The site decided on by the BBC to bring together, for the first time, the differing functions of BBC broadcasting in Cardiff was the house and grounds of Baynton House on Llantrisant Road, a late Victorian villa built by Alexander Basset, engineer for the Cowbridge Railway Company and County surveyor for Glamorganshire. The designs for BBC Wales Broadcasting House were drawn up in 1960 and consisted of offices, sound studios, television studios, a restaurant, social club, garages and workshops as well as retaining the existing house, lodge and many of the mature trees. A prominent Modernist building, the design for the main elevation onto Llantrisant Road utilised a combination of white concrete and crushed limestone panels, shutter-boarded concrete, riverstone cobbles, and large expanses of glazing in black aluminium  frames forming a striking façade of visually different, but complementary, elements.

The first phase of building was carried out between 1963-66 and was opened by HRH Princess Margaret on St David’s Day, 1967. Phase I did not include the office block, television studios or the social club, all of which were subsequently developed throughout the 1970s and necessitated the demolition of Baynton House and the Lodge. In addition to these facilities the original outdoor set for the long-running S4C drama PobolyCwm was also built at the Llandaff complex.

In 1986 the BBC bought the University College Cardiff’s School of Home Economics, built in 1959 as the College of Domestic Arts and which sat directly opposite Broadcasting House on Llantrisant Road. This complex was subsequently redeveloped, also to designs by Percy Thomas & Associates, to create accommodation for the administration, finance and archive departments. 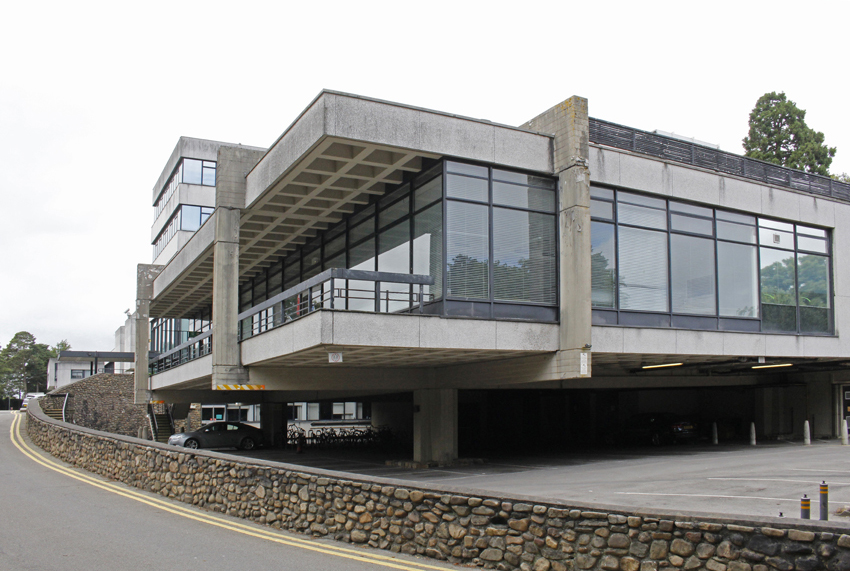 In light of the forthcoming move of BBC Wales to new premises in central Cardiff and the subsequent redevelopment of the site, the Royal Commission is working with the BBC to create a high quality digital record of the Broadcasting House and Tŷ Oldfield complexes. This includes the creation of a series of highly detailed Gigapixel photographic panoramas that will allow people to ‘stand’ in various locations around and within the buildings and virtually view the architecture and its landscaped setting long after the physical structures have disappeared, as well has having embedded information about the history of the complexes and their functions.