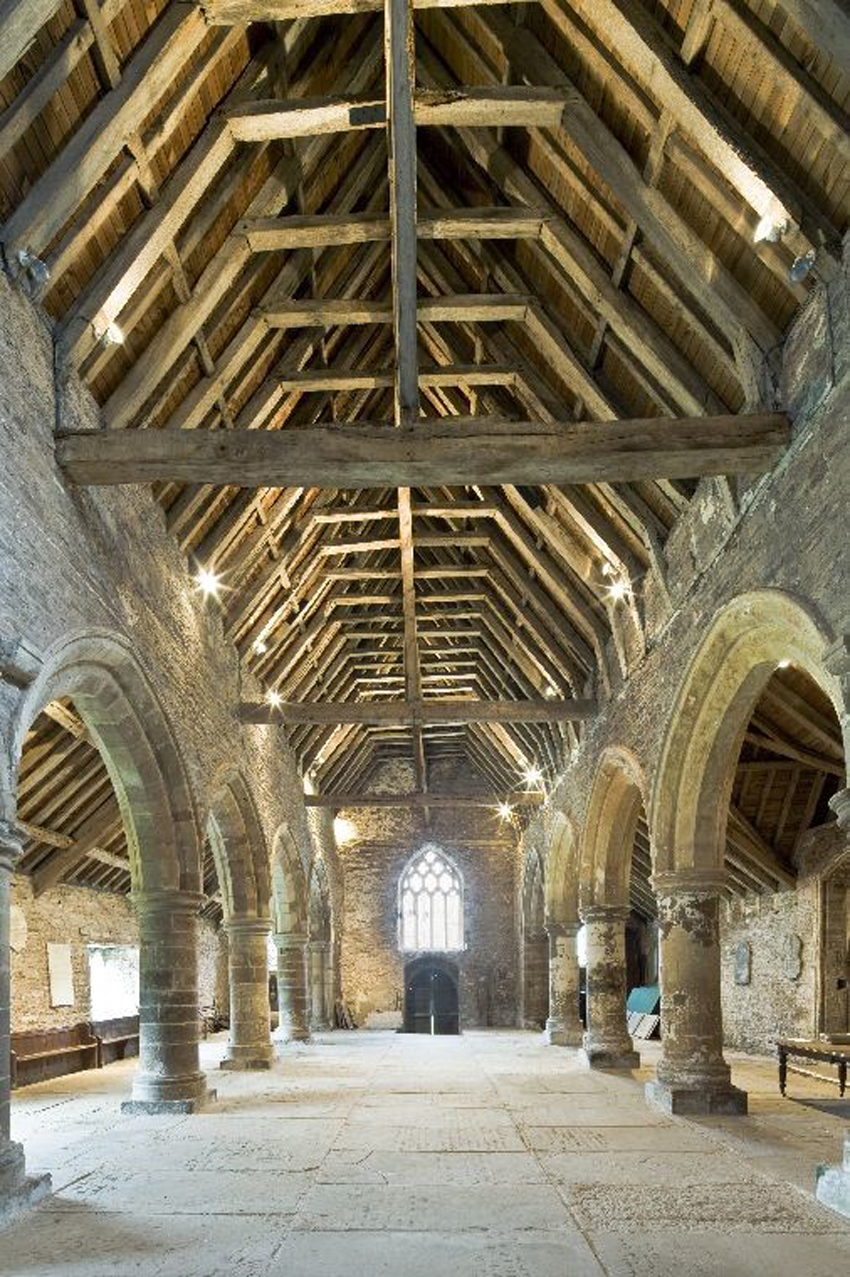 The Royal Commission was set up in 1908 to research and record the buildings of historical, architectural and cultural importance in Wales, and perhaps no area of development has been more important than our work on faith buildings.

The inventories produced county by county from 1914 focused particularly on the rich religious heritage from Wales’ medieval past. These sites include the great Cathedrals such as St David’s and St Asaph’s, important rural monastic complexes of Valle Crucis, Tintern Abbey and Strata Florida, and urban Friaries such as that at Denbigh, Wales’ only Carmalite house. The National Monuments Record of Wales (NMRW) includes a wealth of drawings, photographs and documentary material underpinning our knowledge of these sites. Our archive also includes examples of many smaller, but equally interesting and important sites however, such as Grosmont Church, Monmouthshire. Here, twenty-first century methodologies such as dendrochronology, giving us the earliest securely dated roof in Wales of 1214-1244, and laser scanning have allowed us to further our understanding of this thirteenth century church. 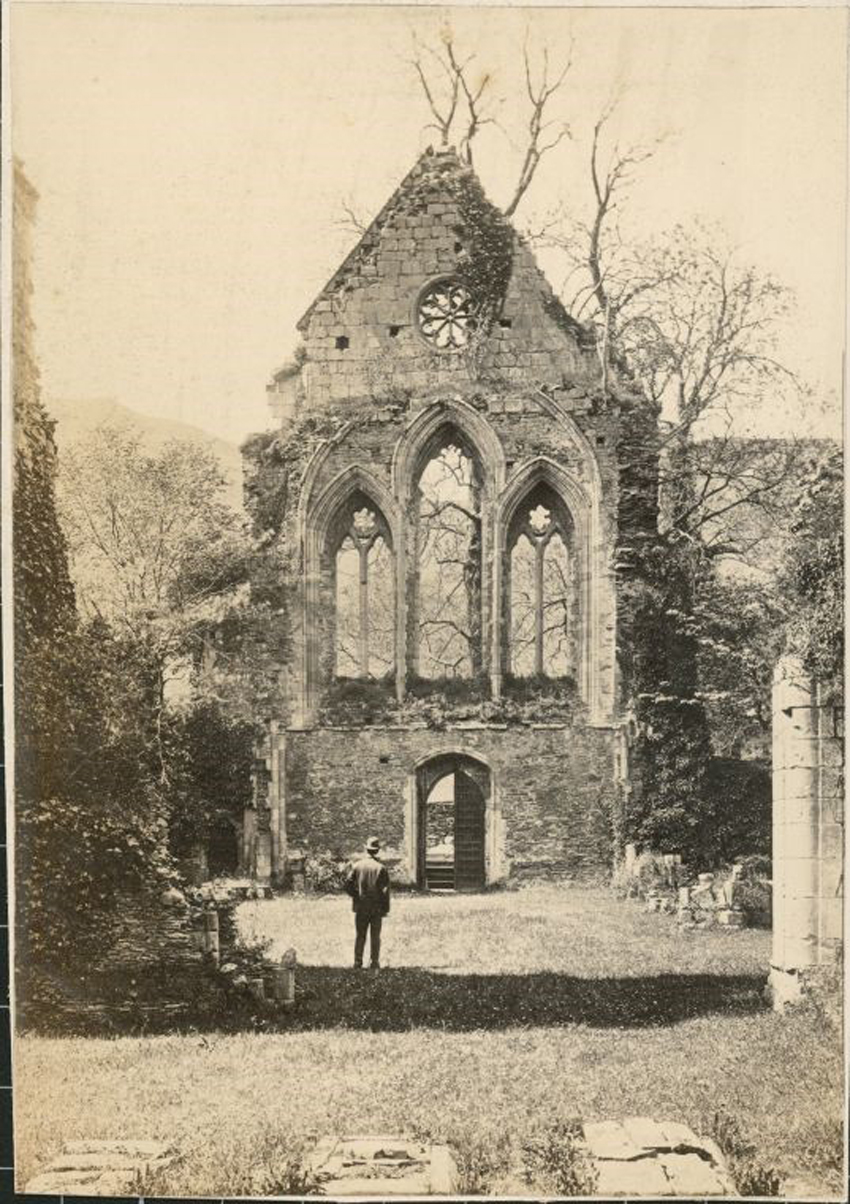 One particular area of focus has been the recording and study of the wall paintings that would once have commonly adorned the interiors of medieval cathedrals and chapels alike. Llandeilo Talybont, now at St Fagans National Museum of History and with its wall paintings fully restored, is an exemplar of the vibrant interiors that would have greeted worshippers, the walls used as giant canvases for the visual narration of biblical teachings.

With the passing of the twentieth century there was increased recognition of the need to record the more recent religious heritage of Wales, in particular that of its Dissenter past. The first Protestant church to be commissioned in Wales was St David’s Church, Denbigh, paid for by Robert Dudley, Earl of Leicester, Baron of Denbigh 1564-1588, and staunch supporter of the Protestant faith. This was the largest post-Reformation church to be built in the UK until the completion of St Paul’s, London, and set a number of important architectural markers for Protestant church planning.

The most common place of worship encountered in Wales are Nonconformist chapels, those buildings constructed by Dissenter congregations from the Act of Toleration in 1689 onwards. One of the most distinctive building types in Wales, existing in every urban and rural landscape, they are also one of the building types most at threat from closure as congregations dwindle. The Royal Commission has been at the forefront of recording and analysing these buildings, and explaining their cultural, social and architectural importance in shaping nineteenth century and modern Wales. The creation of a database currently containing over 6440 sites, together with thousands of photographs, plans, elevations and historical archive items has led to an exceptional understanding of the planning and design of these buildings, their architects and their congregations. Our work has disproved the theory that ‘all chapels look alike’ and has highlighted the wealth of variety that exists, from the simple early buildings of Maes-yr-onnen and Capel Newydd, Nanhoron to the sleek lines of brick and glass of the early modern Trinity and Ebeneser, from the elegant classicism of the mid nineteenth century Peniel and Crane Street to the complexly adorned show-facades of the late nineteenth chapels of wealthy industrial towns illustrated by Tabernacles at Llanelli and Morriston. 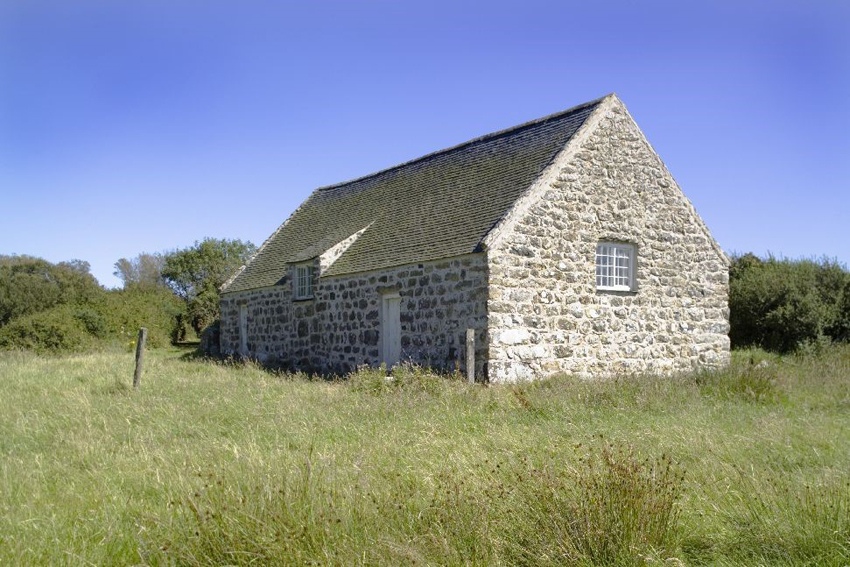 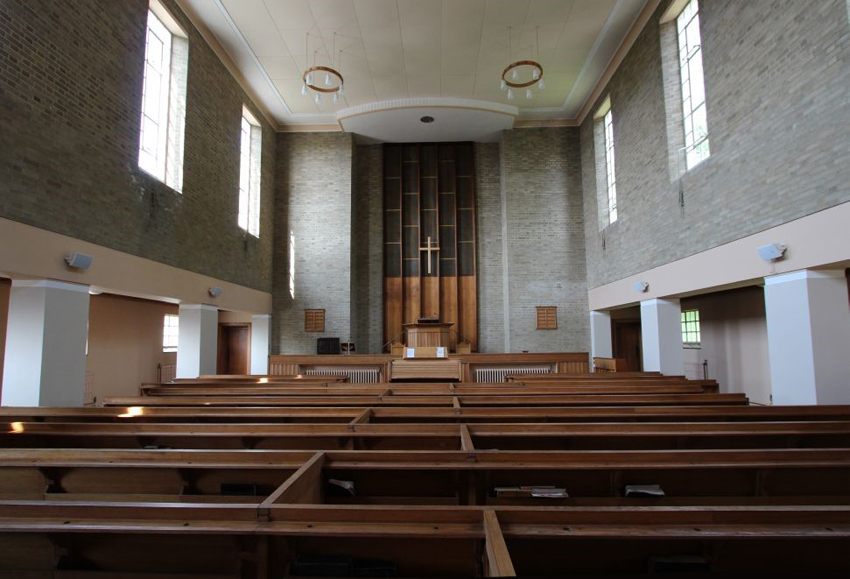 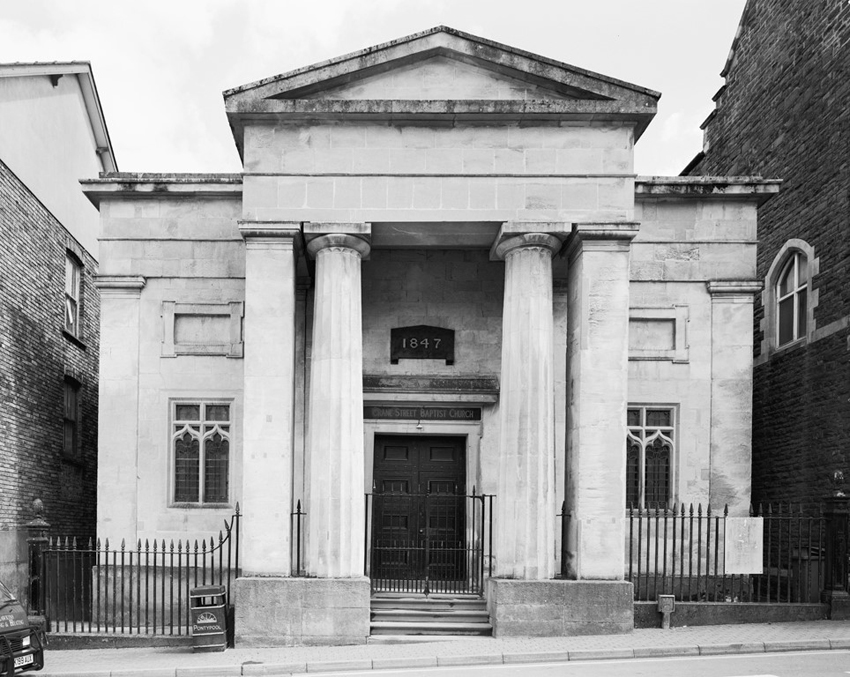 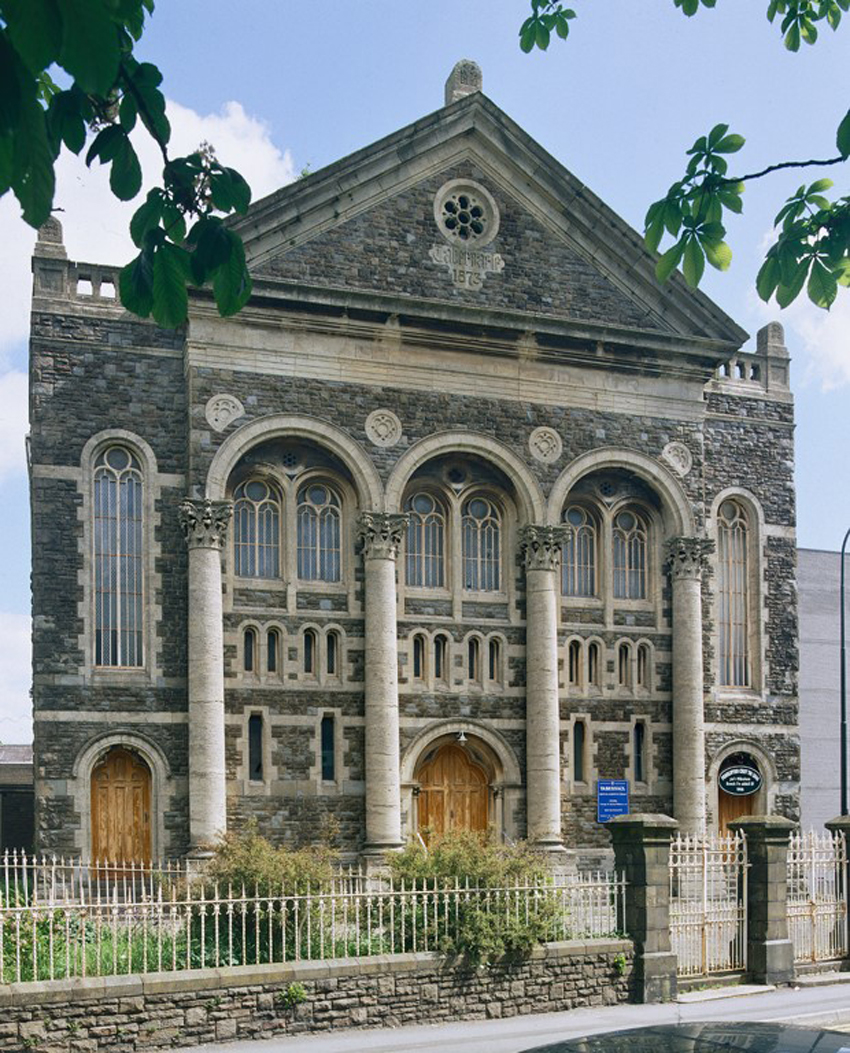 As many of these buildings close with declining members, some find a new life with other faiths. Sikh, Buddhist, Muslim, Catholic, Coptic and Eastern Orthodox congregations have all adapted these buildings for their use across Wales in addition to constructing a small number of custom buildings of their own. The first custom built mosque in Wales, Peel Street Mosque, Cardiff, (1947) has sadly been demolished, but historic photographs illustrate a traditional Islamic architecture of dome and minarets that has been successfully translated into modern designs such as that photographed by the Commission at the South Wales Islamic Centre, Cardiff. 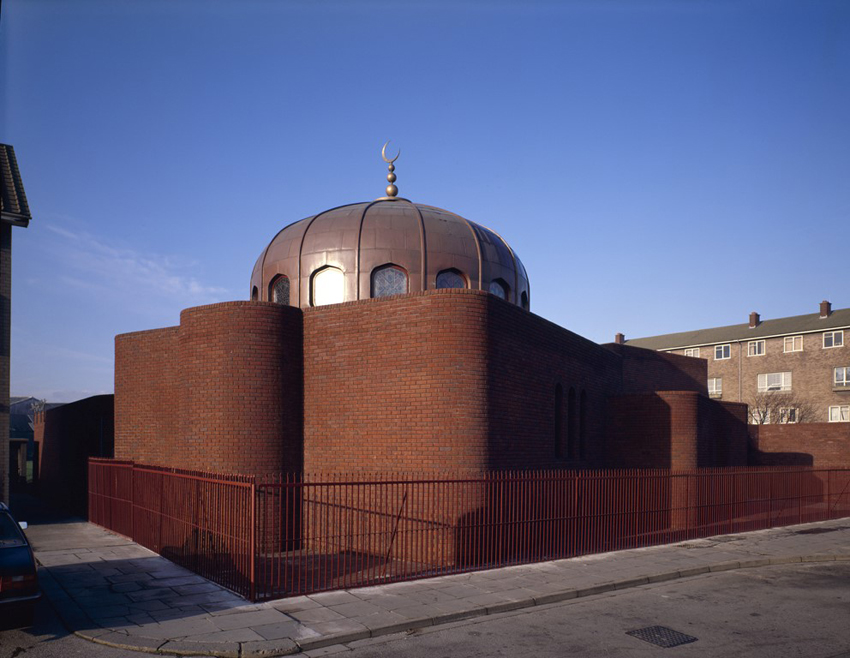 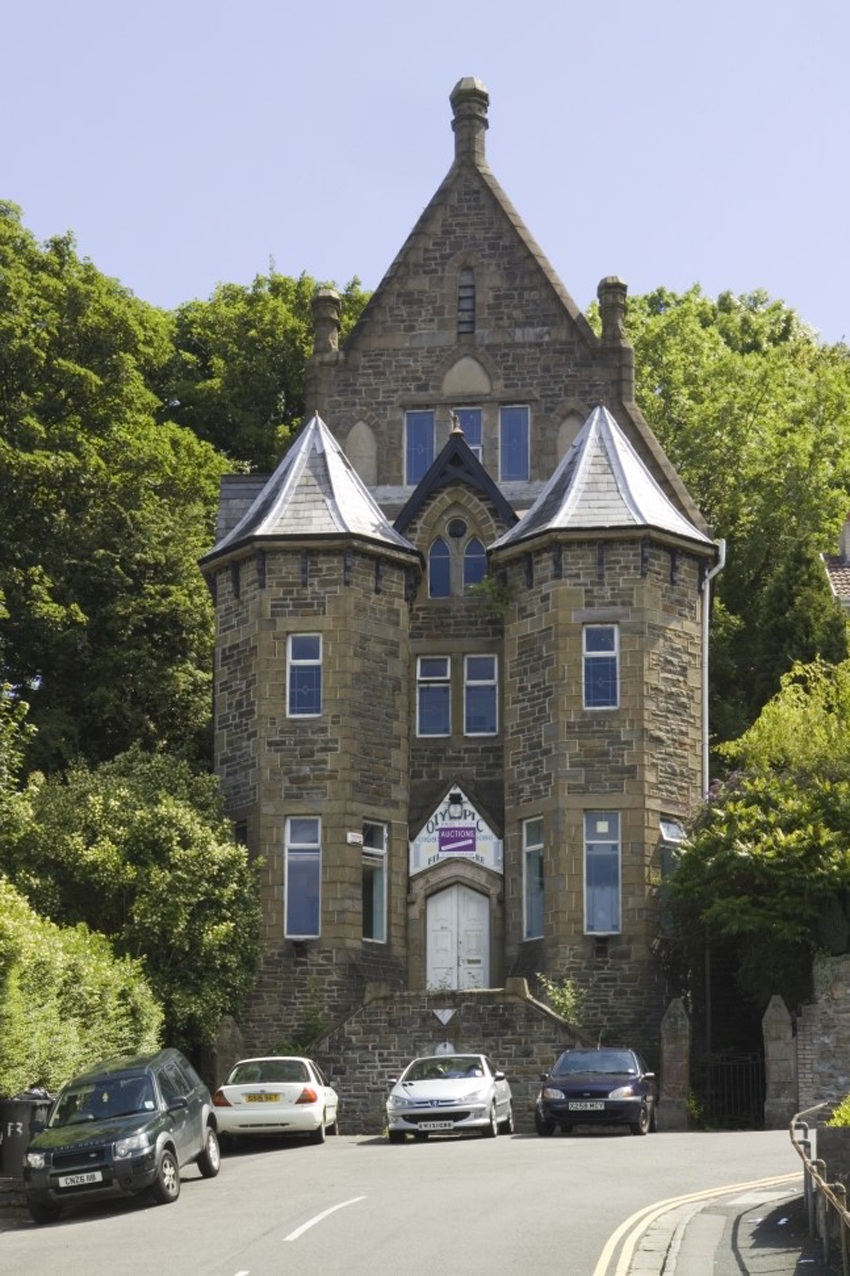 Likewise, Judaism has contributed to the modern religious landscape of Wales. The former Merthyr Tydfil synagogue, recently photographed by the Royal Commission, was built by a thriving congregation 1872 to replace an earlier nineteenth century building. Described as a ‘gothic folly’ by architectural historian Sharman Kadish, who has also claimed it as one of the most architecturally important synagogues in the UK, it’s most distinguishing and unique feature is perhaps the Welsh dragon that sits proudly on its gable!

Places of worship remain a critical focus of the Royal Commissions work, with ongoing or up-coming projects on Nonconformist chapels, Catholic churches and twentieth-century faith buildings. We continue to focus on those faith buildings which are particularly at risk from demolition or development, those which are under-represented in the National Monuments Record of Wales and those where increased knowledge and interpretation is required, both to enable our appreciation and understanding of these buildings and the communities that used them, and to aid future conservation and management for their long-term survival.