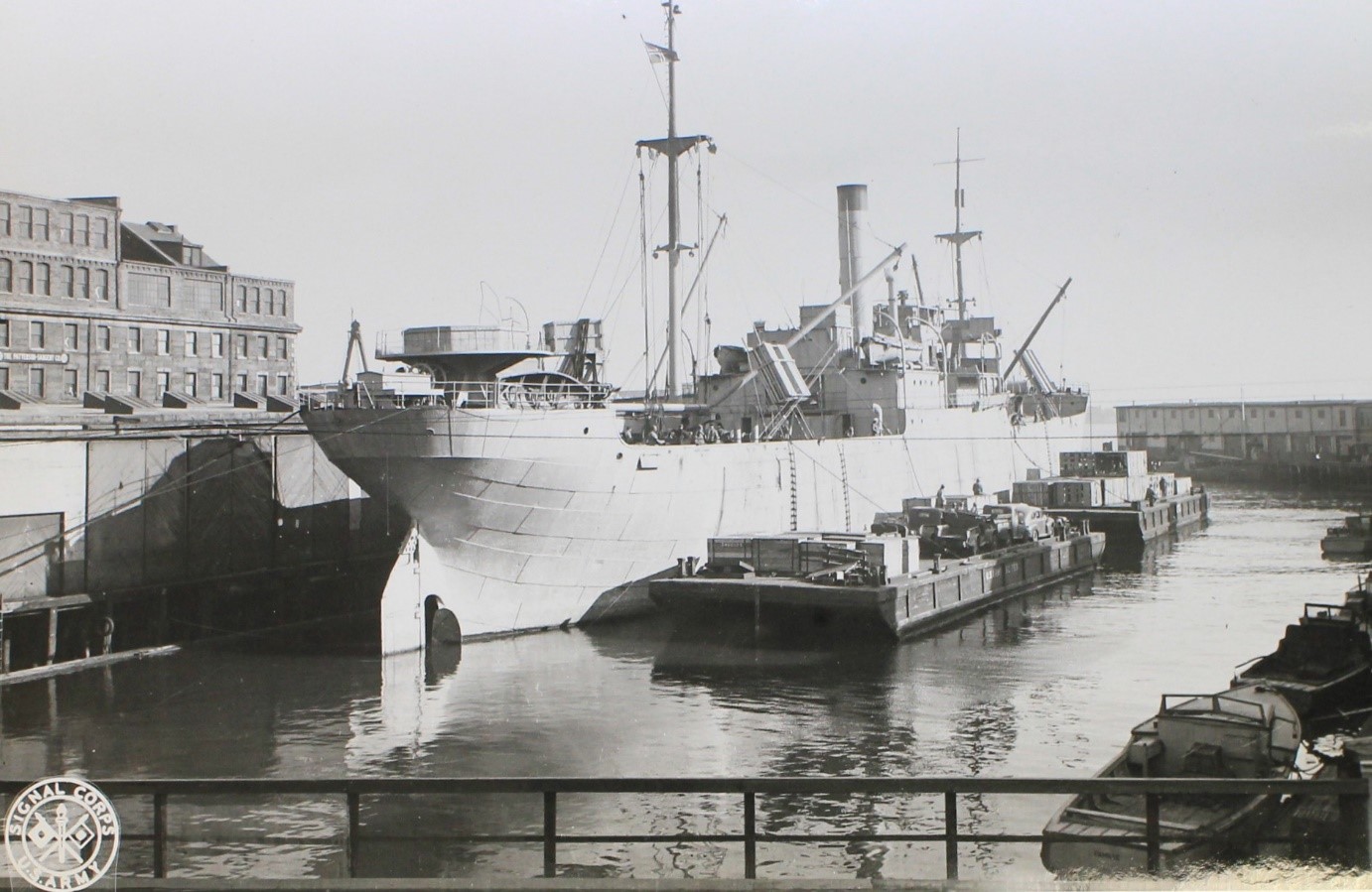 The 6 June 2019 marks the beginning of the 75th anniversary period for Operation Overlord, the largest combined land, air and naval operation in history. Operation Overlord began with the Normandy landings on 6 June 1944 (known as Operation Neptune or D-Day), which included an assault by aircraft followed by an amphibious landing involving more than 5,000 vessels and 160,000 troops. By the end of Operation Overlord in August 1944, more than two million Allied troops had been brought to France. The beaches of north-west Normandy, which had been chosen for the landings, had acquired the names which are still famous today – with the Americans assigned to land at beach sectors codenamed Utah and Omaha, the British at Sword and Gold, and the Canadians at Juno.

A remarkable film in the collections of the Imperial War Museum records one of the practice landings undertaken a month earlier at Hayling Island, Hampshire. Halfway through the film, Landing Craft Tank (LCT) 7009 comes into view, running aground, slowly opening its bow doors, landing troops and a small bulldozer.  Follow this link to view the film:

The wreck of the LCT 7009 now lies off the Pembrokeshire coast (NPRN 519173 https://coflein.gov.uk/en/site/519173/details/lct-7009). On 6 June 1944, it was part of the 15th Flotilla assigned to carry Duplex Drive M4 Sherman tanks. They were nicknamed ‘Donald Duck tanks’ because they worked by erecting a ‘flotation’ screen around the skirt of the tank and had two propellers driving the tank’s engine. LCT 7009 survived the war but was later lost under tow of HMS JAUNTY, an Assurance class Royal Naval rescue tug, on 19 August 1951.

Another confirmed D-Day veteran lost in Welsh waters is the Liberty ship, DAN BEARD (NPRN 240675 https://coflein.gov.uk/en/site/240675/details/dan-beard-aft-section). The popular name for this class of cargo ship came from a speech given US President Roosevelt in September 1941. He spoke of the ships bringing liberty to Europe and the name ‘Liberty Ship’ has since become synonymous with the 2,710 ships which were built by 18 American shipyards between 1941 and 1945. This is the largest number of ships ever produced to a single design, which was British in initial concept but altered to be constructed of sections that were welded together for mass-production. The speed with which these ships could be completed was reduced to around 42 days for each vessel by the end of the war.

The builders of the DAN BEARD, the Permanente Metals Richmond, California, produced 351 Liberty Ships between 1941-45. The ship itself was named after Daniel Carter Beard (1850 – 1941), who was a painter, illustrator, and founder of the Boy Scouts of America. The ship was used by the United States Army Transportation Service to bring some 480 men and 120 army vehicles to Normandy. A few months later, on 10 December 1944, it was torpedoed by the German submarine U-1202 (Master Thomsen) seven miles off Strumble Head. Twenty-nine lives were lost, including serving US Navy personnel and merchant mariners.

Evidence of D-Day planning, rehearsal and the actual operation is present at other sites around the coast. For example, Conway Morfa was chosen for the construction of floating pierheads and sections of roadway that formed the two Mulberry Harbours on the Normandy coast. Hugh Iorys Hughes (1902–77) was the Bangor-born civil engineer given the task of overseeing construction, with local craftsmen and over 1,000 men housed at Plas Mariandir, Marle Hall and Tyn-y-Coed, as well as in local homes. A commemorative stone was placed at the construction site, which now forms part of Conwy Golf Club, in 1978.

We continue to honour the memory of those who played a part in this most decisive campaign of the World War II.

My father was there on the 6th June 1944 with the Essex Yeomanry. He doesn’t talk much about it but he has his memories.