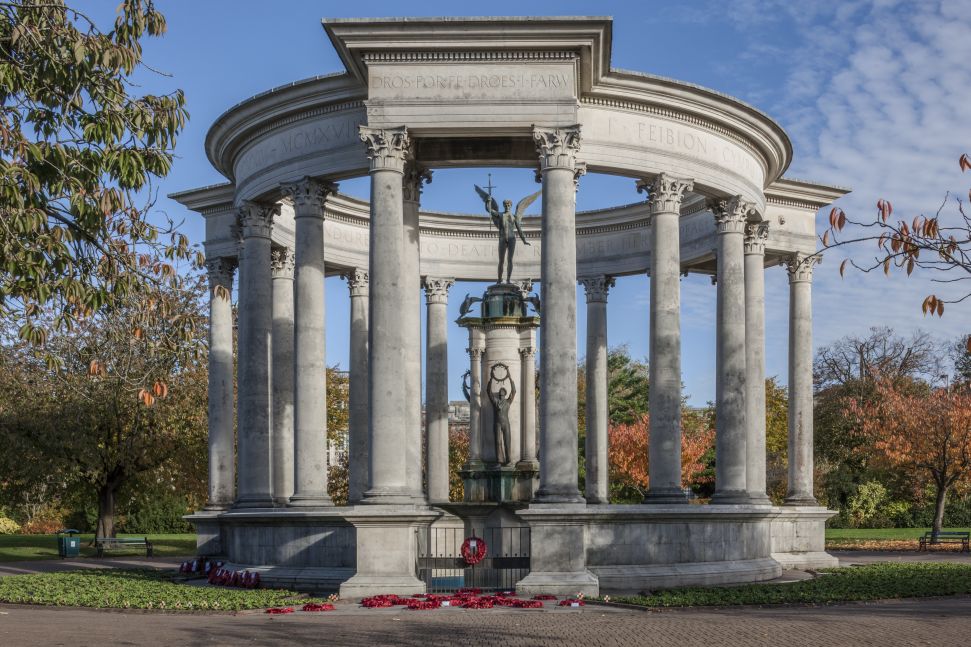 Today is Remembrance Day, 11 November. It is a special day set aside to remember all those men and women who were killed during the two World Wars and other conflicts. Also known as Armistice Day, renamed Remembrance Day after the Second World War.

The Welsh National War Memorial was erected in Cathays Park in 1928. Designed by Sir Ninian Comper, it is a circular colonnade of unfluted Corinthian columns with 3 projecting rectangular porticos. There is an inscription in English (exterior), and Welsh (interior).