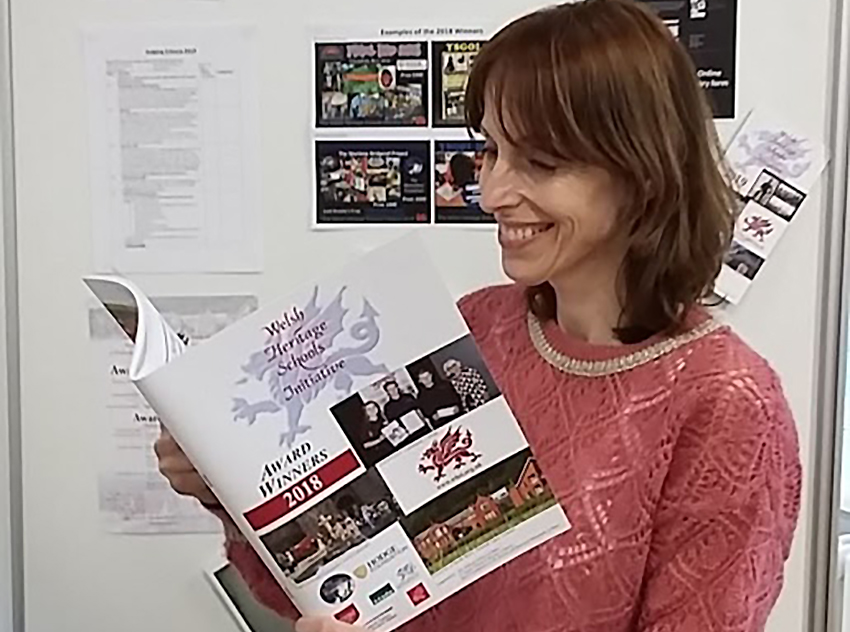 Recently our Public Engagement Manager travelled to Tallinn, Estonia, to represent the Welsh Heritage Schools Initiative at the annual EUSTORY Network meeting, which is funded by the Körber Foundation. The members, from over 20 countries, organise heritage/history competitions for young people in Europe, and EUSTORY arranges an annual summit for the winners. Through its work, EUSTORY strives to make an important contribution to European efforts toward peace and tolerance: ‘Understanding Differences, Overcoming Divisions’.

With its leading national role in developing and promoting understanding of the archaeological, built and maritime heritage of Wales, the Royal Commission is proud of its continued support and involvement with the Welsh Heritage Schools Initiative (WHSI). This Initiative encourages young people from 4 to 18 years old to research, interpret and promote their heritage by organising an annual competition to celebrate Welsh heritage. This fits in strongly with the Commission’s aims to encourage and increase participation in cultural activities along with showcasing Wales’ vibrant culture, heritage and language to an international audience.

During the annual EUSTORY Network Meeting each country showcases information relating their own competition, including examples of winning heritage projects. A programme of workshops and presentations encourages members to share good practice and current developments, exchange ideas and discuss challenges in the field of history and politics education. For example, the 2018 meeting discussed the use of archival material as sources by young historians and the challenges of promoting the use of native languages to present outcomes of research projects. This year, the programme included a focus relevant to our hosts, namely, discussions on identity and the consequences of the political transformation in Estonia and Europe of 1989-91.

The annual EUSTORY Youth Summit is a golden opportunity for young people to have the opportunity to engage in cross-border discussions to understand each other’s backgrounds and differences and to share their country’s history in order to help build a culture of understanding and tolerance. This is as relevant today as when the EUSTORY Network was established in 2001.