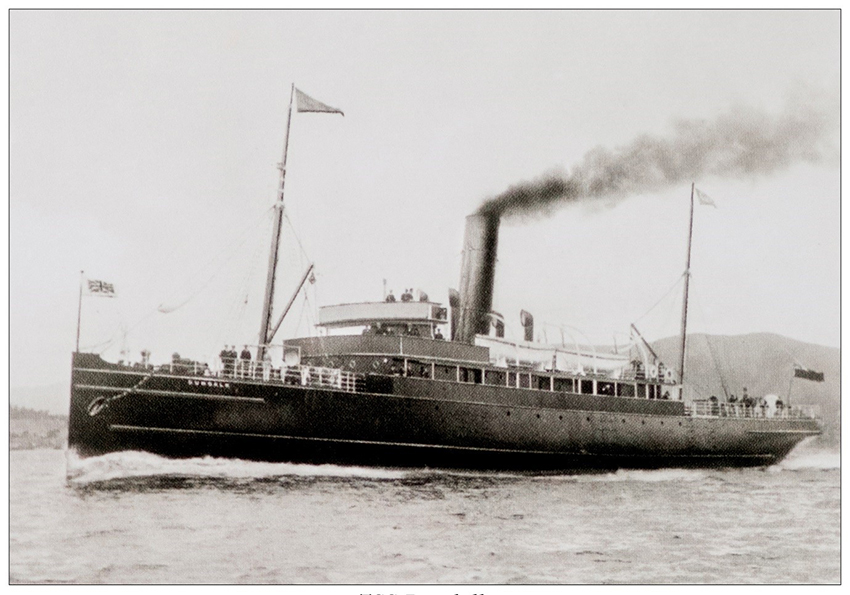 On Sunday 14 October, the town of Dundalk, County Louth, Ireland, commemorated the loss of a vessel whose crew were almost entirely drawn from the town – apart from two who had strong Welsh connections.

One was Samuel J Cocks, the general manager of the shipping company that owned the vessel. A widower, he was returning from his brother’s funeral in Flint. The other was a Harold Grey, a young man from Swansea, who died just six days short of his nineteenth birthday. With the exception of Mr Cocks, the dead are recorded on the Mercantile Marine Memorial on Tower Hill. Grey is also remembered on the Hafod Isha memorial, Swansea.

Dundalk’s commemoration last Sunday, took the form of a special service in the cathedral, an exhibition in the local museum, the unveiling of a memorial on Navvy Bank, and a final prayer on the Quays at 11.10pm—the time at which the ship sank.

The TSS DUNDALK was a screw steamer, built for the Dundalk and Newry Steampacket Company. She plied her trade across the Irish Sea during the early twentieth century. She had evaded a U-Boat attack in December 1917, but in 1918 would come up against U 90.

U 90’s commander was a veteran who had sunk the SS APAPA and the SS DERBENT in 1917, two ships, currently being studied by the Royal Commission. On the 14 October 1918, he sighted the DUNDALK, and fired a torpedo. The explosion almost ripped the ship in two, and caused her to sink rapidly. The survivors were able to get into lifeboats, but endured 17 hours on the sea before rescue.

Out of 32 onboard, 21 crew and passengers lost their lives, including her master, Captain Hugh O’Neill. The Dundalk community rallied round those widows facing impoverishment and raised a fund of £6000. The significance of the tragedy has not been forgotten by the town and, earlier this year, family relatives aboard the steampacket company ferry MANANNAN paused over the wreck to lay flowers.

The TSS DUNDALK. With thanks to the TSS DUNDALK Commemoration Committee for their permission to publish this photograph. 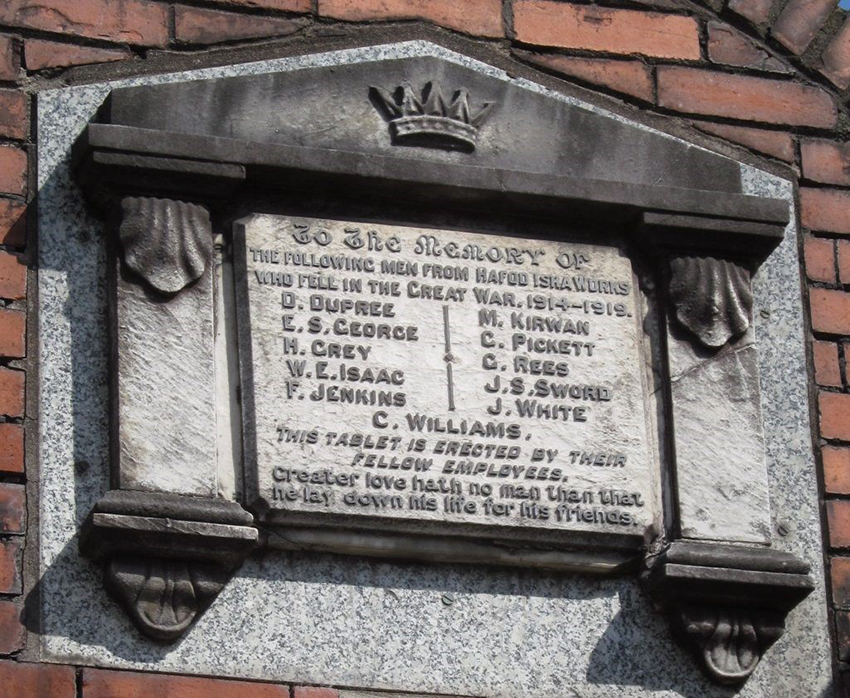 The Haford Isha memorial. With thanks to Welsh Memorials to the Great War for their permission to publish this photograph. 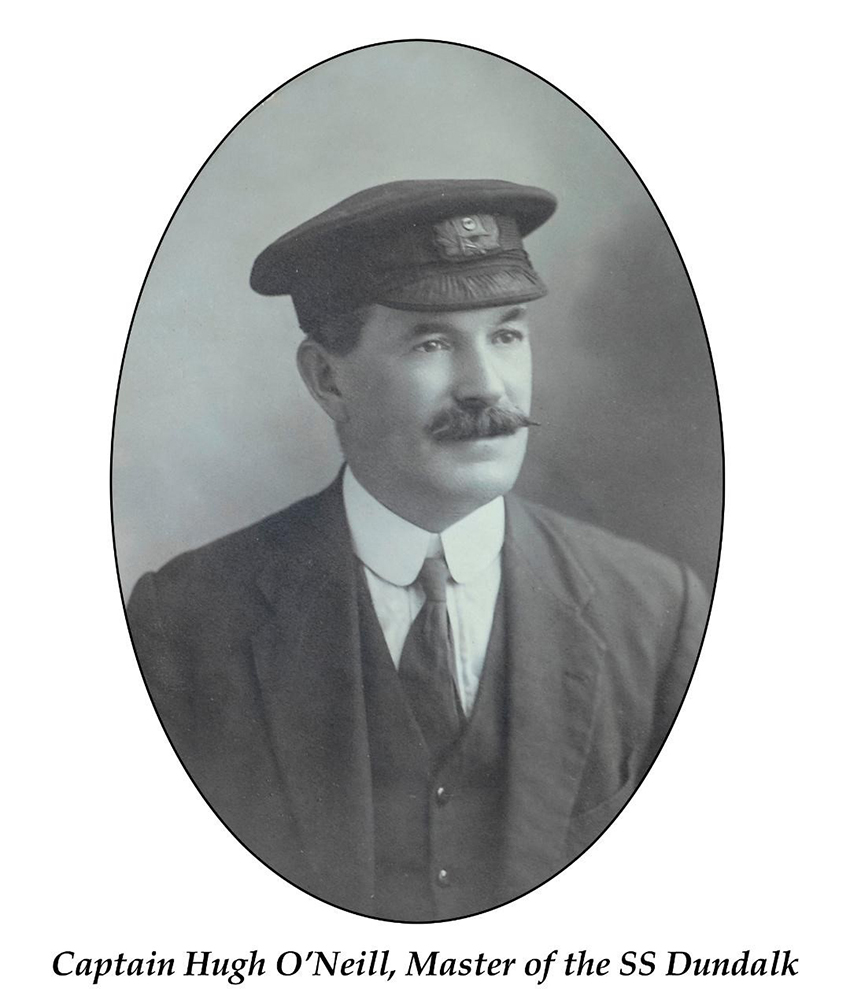 Captain Hugh O’Neill, Master of SS DUNDALK. With thanks to the TSS DUNDALK Commemoration Committee for their permission to publish this photograph.

Follow these links to find out more about DUNDALK’s commemoration and the crew’s links to Wales:

The U-boat Project team is delighted to invite you to our two-day MOROL / U-Boat Project 1914-18 conference: ‘Commemorating the Welsh experience of the Great War at sea’, in Pater Hall, Pembroke Dock on 3 and 4 November 2018.

Please follow this link to register your attendance: https://ti.to/digital-past/commemorating-the-war-at-sea-2018

The Project’s exhibition can now be seen at Swansea Museum, Porthcawl Museum, Parc Howard, and other venues over the coming months.