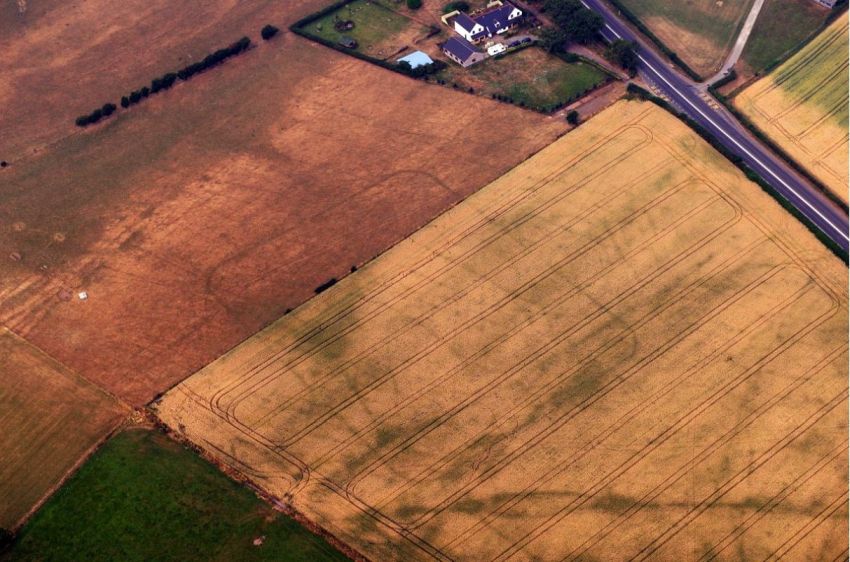 This is the tiny Roman marching camp at Killcrow Hill near Caerwent in Monmouthshire in July 2013. I remember this aerial discovery clearly as it was only the second Roman camp ever discovered in south-east Wales, an area of intense and prolonged conflict between the Roman troops and the Silures tribe for 30 years following the conquest of Britain in AD 43. Marching camps were temporary overnight camps for troops on manoeuvres in hostile territory – a time when south-east Wales was very different!

Roman camps in Gwent are exceptionally rare (only three are currently known) yet are instantly recognisable as the Romans built them to the same specifications from north Africa to Scotland. There are certainly many more to find.

On 22 July 2013, after a couple of hours of cropmark aerial reconnaissance across south Wales, this tiny rectangular enclosure with rounded corners leapt out from a ripening field. This is the sort of discovery that ‘pays for the flight’; it was difficult to concentrate on anything else afterwards! On a return flight a week later, the crop had entirely ripened and the marks of the camp had vanished.