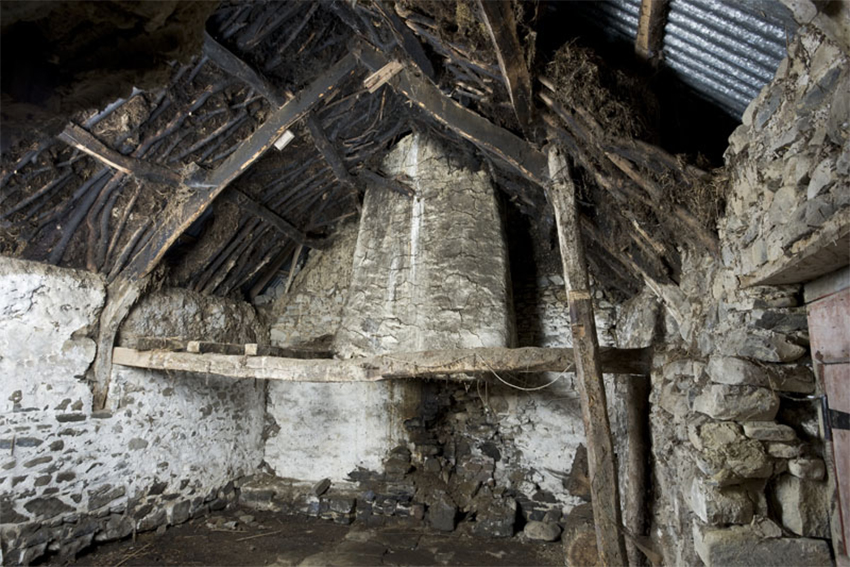 Wig-wen-fach, Llanerchaeron, Ceredigion
Travellers in eighteenth- and nineteenth-century Wales often alluded to the wretched state of cottages and small farmhouses that were frequently mud-walled, thatched, with make-shift chimneys, and internally dark and squalid. And yet this picture can be overdrawn: surviving cottages (and of course they are only the select survivors) are often robust with well-crafted features.

Wig-wen-fach, on the Llanerchaeron estate in Cardiganshire, is a precious survival of this vernacular building tradition. Latterly it provided cottage accommodation for farm workers on the estate, and was empty when bequeathed to the National Trust in 1989. The National Trust has made an enlightened decision not to modernise or develop the cottage but to preserve it as it is. There is an illuminating contrast for visitors to the estate between the splendid C18th mansion built by John Nash and the contemporary single-storey estate cottage.

Wig-wen-fach preserves craft features that have largely disappeared elsewhere. The walls have generous quantities of clay and internally, the original plaster, the flagged floors, wickerwork partitions, fireplace hood, scarfed cruck-trusses, and underthatch survive. Wig-wen-fach preserves an early C19th craft interior. In Eurwyn Wiliam’s felicitous phrase, cottages like these were ‘home-made homes’: they were often built by the people who lived in them using their traditionally-learnt craft skills and as such the provide early examples of sustainable building that have lessons for us in the C21st. Access to Wig-wen-fach is by appointment only through the National Trust.

▶️ The Oldest House In Wales 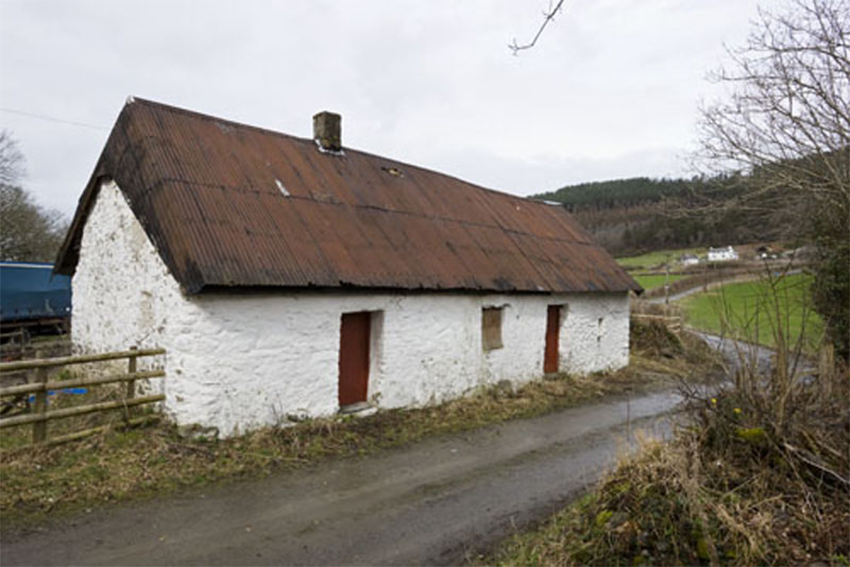