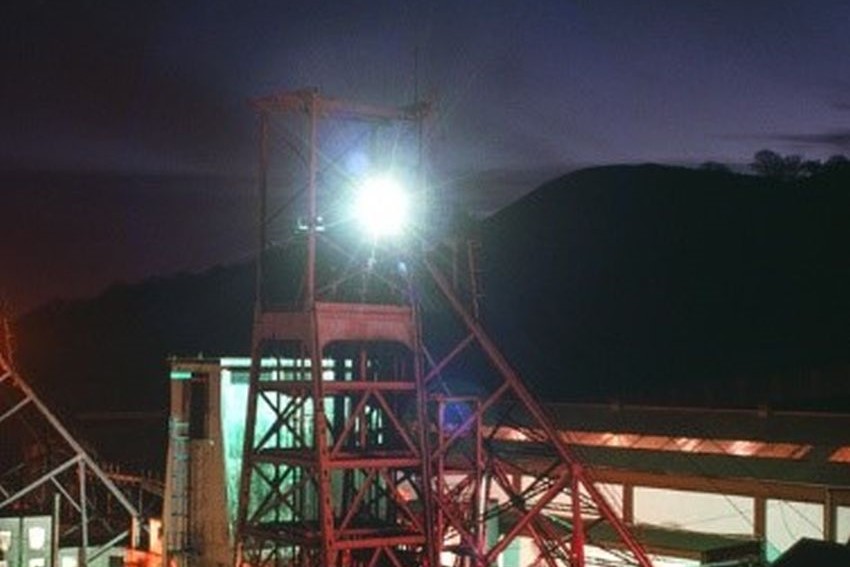 This is the headframe over the downcast shaft at Taff Merthyr Colliery, near Bedlinog in south Wales. It is one of my favourite photos in the NMRW (not because I took it!) because it represents the culmination of a close relationship with the site spread over a couple of years in the early 1990s.

As Taff Merthyr was one of the few deep mines still complete and fully working, we decided to record in some detail the processes involved in raising coal from the depths and its subsequent treatment before being transported to its destination, in this case Aberthaw Power Station. An official process chart was obtained, but bore only a passing similarity to the final chart that was produced through following the actual coal flow around the preparation plant and washery. Of course, a coal mine is not the cleanest environment to work in, but there were a few perks, like the opportunity to meet and talk to the entire range of staff about their particular roles in the process. In fact, I really enjoyed talking with all the staff, particularly the miners themselves; everyone was unfailingly helpful and cheerful, despite knowing they were about to lose their livelihoods.

Other memories include the experience of descending nearly 650 metres to view the underground workings and having permission to stop a Class 37 diesel locomotive and its train of wagons arriving from down the valley exactly where a good photograph could be taken. Unfortunately, it took many attempts to restart the train on the slippery uphill track – I don’t suppose we were popular with the train crew that morning!

The colliery operated 24 hours a day for coal production and machinery maintenance, so there was always activity. Although no people are visible, the photograph evokes many happy memories of working on the site and at the same time, sadly, the end of an era: all this was swept away within a year.