CBHC / RCAHMW > News > The Adoration of the Magi 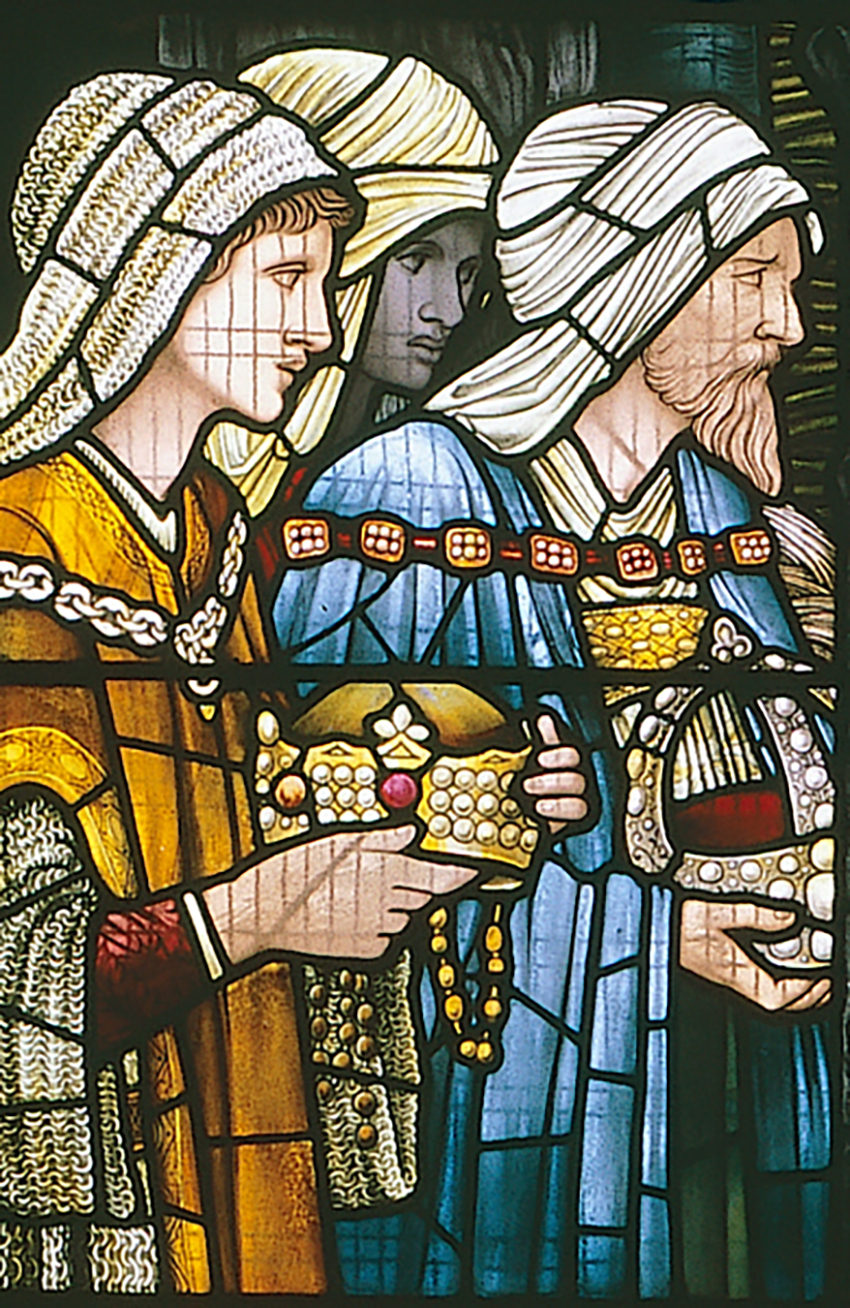 The Adoration of the Magi

This window is at St Deiniol’s Chuch in Hawarden, Flintshire. It depicts the Adoration of the Magi, and was designed by Sir Edward Burne-Jones (1833 – 98). 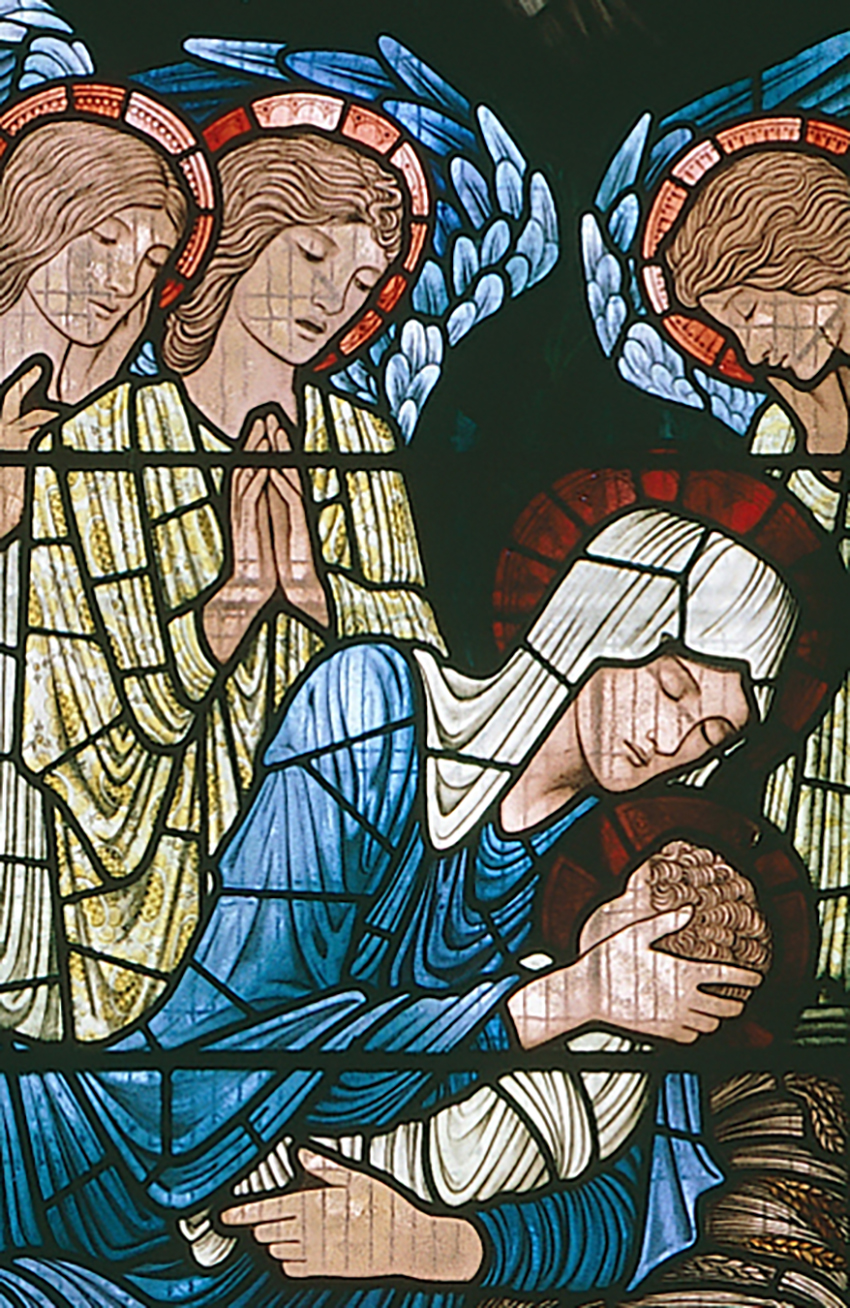 Burne-Jones was a British artist and designer who was heavily involved with the renaissance of stained glass art in Britain in the late nineteenth century. He was also a founding partner of the hugely influential decorative arts company Morris, Marshall, Faulkner & Co. in 1861, alongside William Morris, Charles Faulkner, Peter Paul Marshall, Dante Gabriel Rossetti, Ford Madox Brown and Phillip Webb. The company reformed as Morris & Co. in 1875, and many of its designs are still in use in decorative furnishings of homes today.

This window is characteristic of the stained glass designs produced by Burne-Jones: his mastery of drapery, his flowing tracery and the host of angels in attendance here are typical of his style.