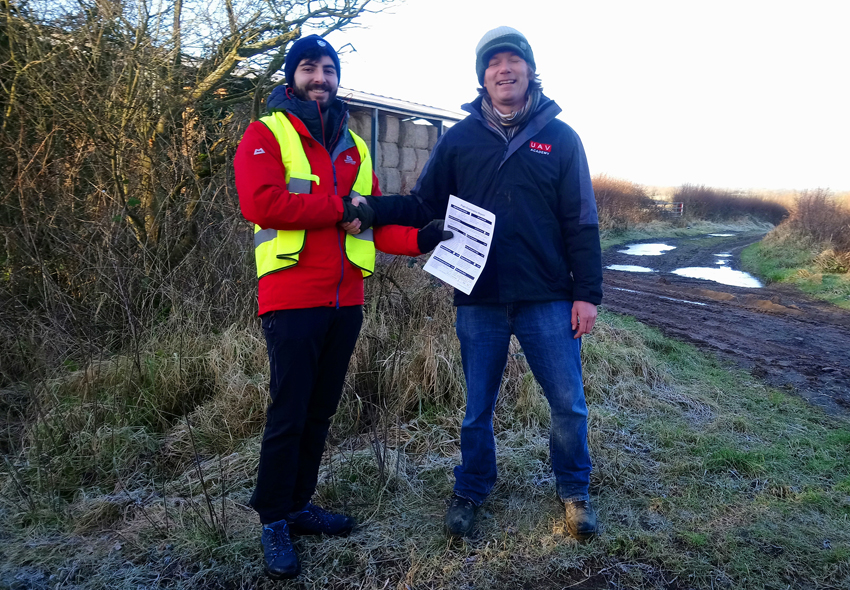 The CHERISH Project drone takes off! 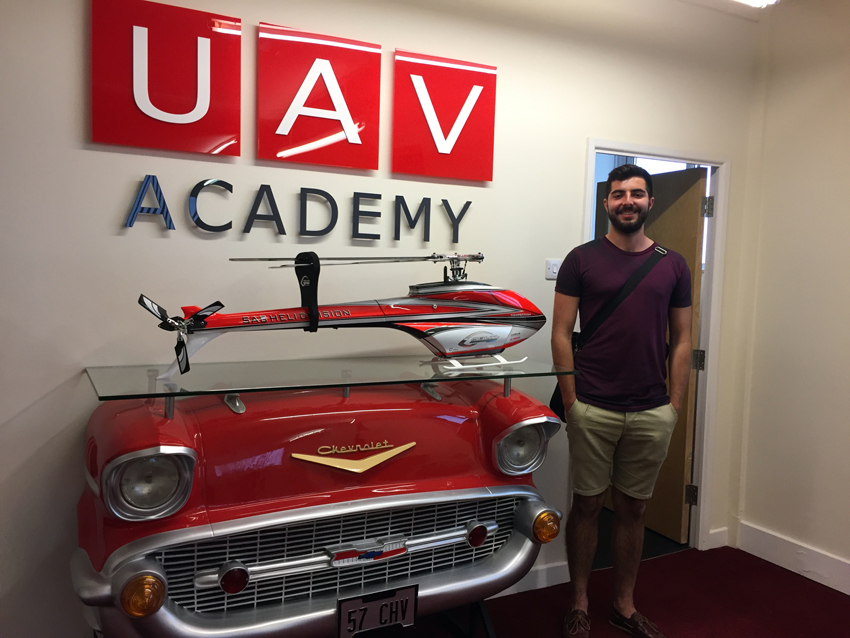 We would like to congratulate our CHERISH Investigator Dan Hunt at the Royal Commission on the Ancient and Historical Monuments of Wales who was recently awarded his permission to conduct commercial drone operations (PfCO) by the Civil Aviation Authority. In short this allows Dan to fly the CHERISH drone (a DJI Phantom 4 pro) legally and safely under the Air Navigation Order 2016, and conduct surveys of priority coastal sites.

A number of locations and properties along the Welsh coast can only be surveyed using a drone if the pilot holds a PfCO and valid insurance. With this qualification now in place the CHERISH drone can be used to conduct intensive photogrammetric surveys of eroding coastal heritage sites which can then be used to build 3D digital models, allowing long term change to be monitored. The drone can also be used to photograph eroding sections of sites which may be far too dangerous to visit on foot, or even to survey inaccessible offshore stacks – subject to considerations regarding wildlife and nesting birds.

The CAA permission is hard-won. Dan completed a 2-day ground school with the UAV Academy at Cotswold Airport and then passed a rigorous flight test on a frosty January morning in a field in Wiltshire which included aerobatic manoeuvres, emergency procedures and some tough questioning about the Operations Manual. Well done Dan! 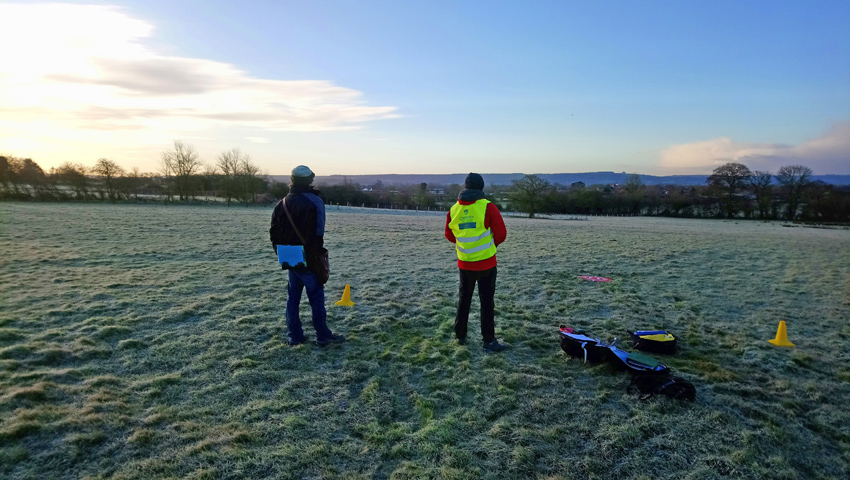 Dan’s practical drone exam on a frosty morning in Wiltshire in January 2018. 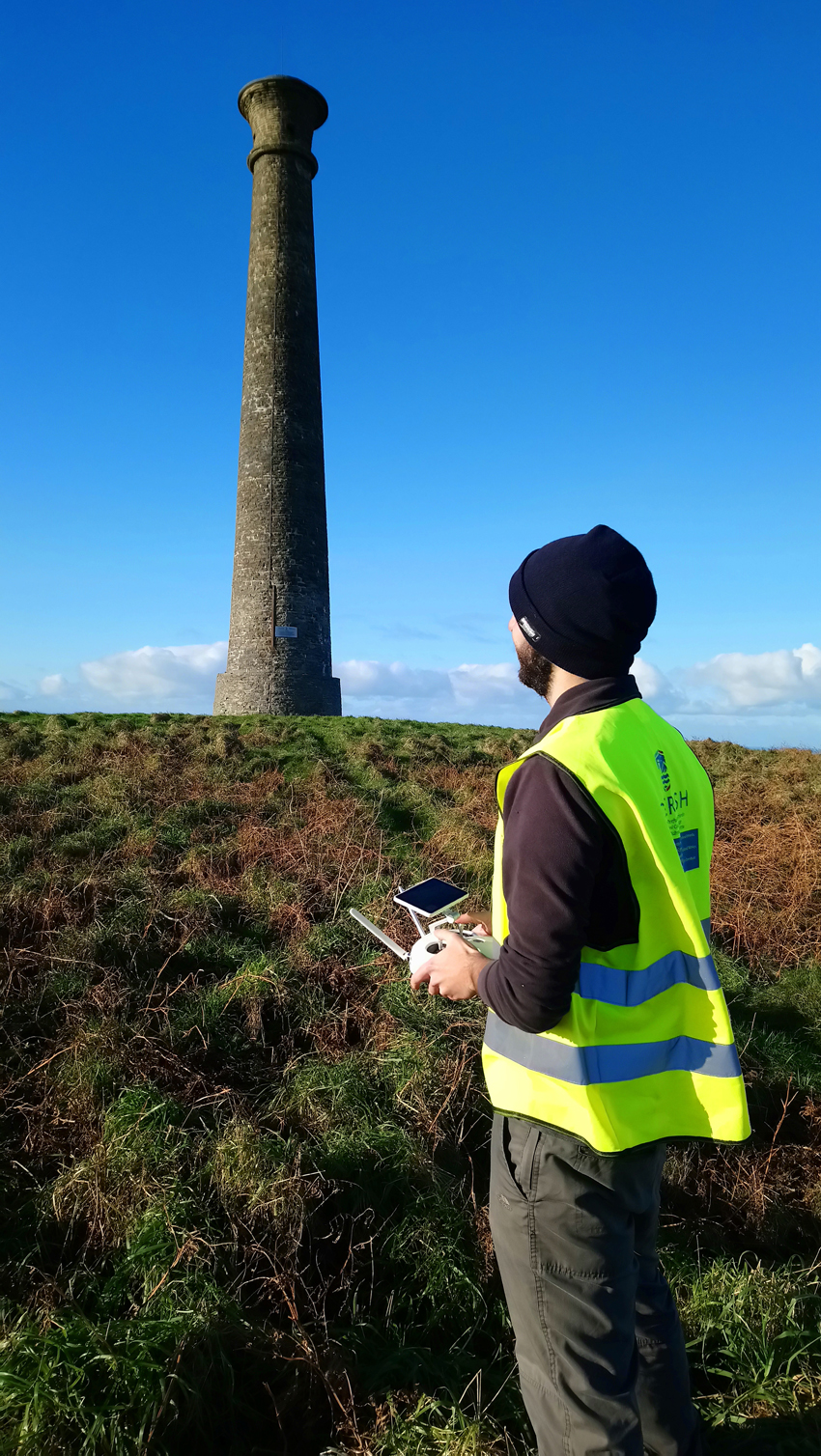 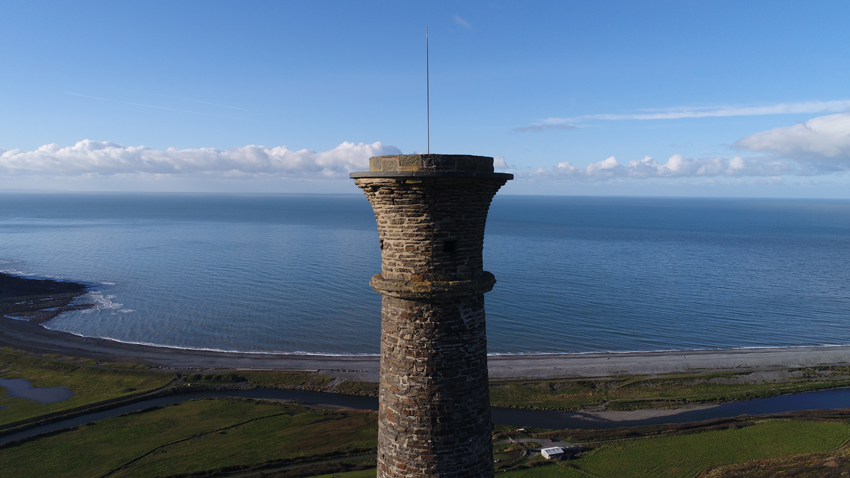 Links:
Some stunning CHERISH drone shots of the coastal hillfort at Pen Dinas Aberystwyth, and the 19th century Wellington Monument on its summit, can be seen at: