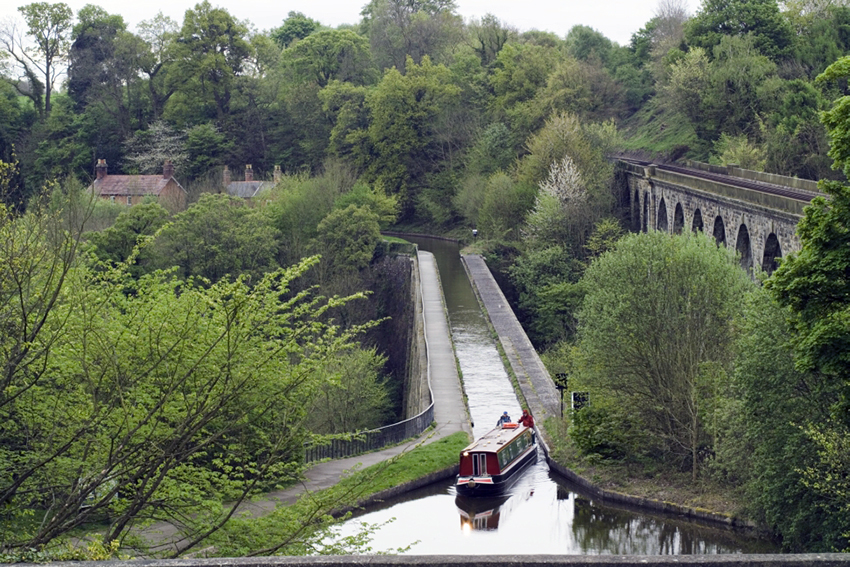 Thomas Telford and William Jessop originally planned for the aqueduct to be a relatively small affair spanning a short section of the valley over the River Ceiriog, and traditionally built with stone and puddle-clay. The canal would then have been carried across the remaining sections of the valley along a huge earthwork embankment. This proposal was vetoed by Richard Myddleton of Chirk Castle, on the grounds that the Ceiriog Valley would be aesthetically ruined. The initial response was to move the aqueduct upstream where it would be less intrusive on the landscape, but when structural problems started occurring on other aqueducts in Derbyshire which had been built using this combination of earthworks and puddle-clay based aqueducts, William Jessop ordered a complete reassessment of the project.