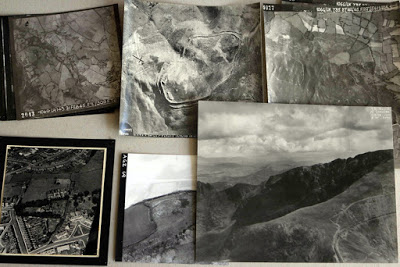 One of our small, but important collections of aerial photographs are annotated “CRAWFORD A.P.” on the reverse side of the prints.

Osbert Guy Stanhope Crawford (1896 – 1957) was an early pioneer of the use of aerial photographs for the investigation and interpretation of archaeological features in the landscape.

He studied geography at Keble College, Oxford, but refined his craft while serving in the First World War. During active service he was invalided back to Britain—twice —but he returned to serve with the Royal Flying Corps. His cartographic duties included using aerial photographs of the front line to produce up-to-date records of trench systems.

His talent and experience helped him to become the first Archaeology Officer for the Ordnance Survey, where he worked from 1920 to his retirement in 1946. Professor Peter Grimes (who later became a Commissioner, and then Chairman of RCAHMW) was appointed as his assistant in 1938. 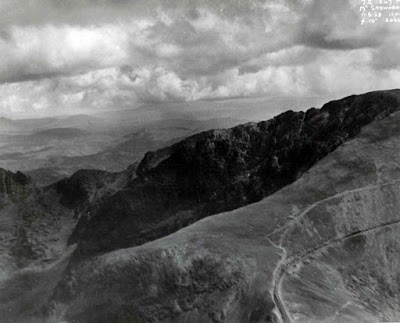 The collection comprises 53 black & white aerial photographic prints, from various sources, including the RAF and Cambridge University. The earliest is of an area below the summit of Snowdon, taken on the 11 June 1923.