CBHC / RCAHMW > News > The Crucifixion as depicted by topiary at Glyn Aur, Carmarthen 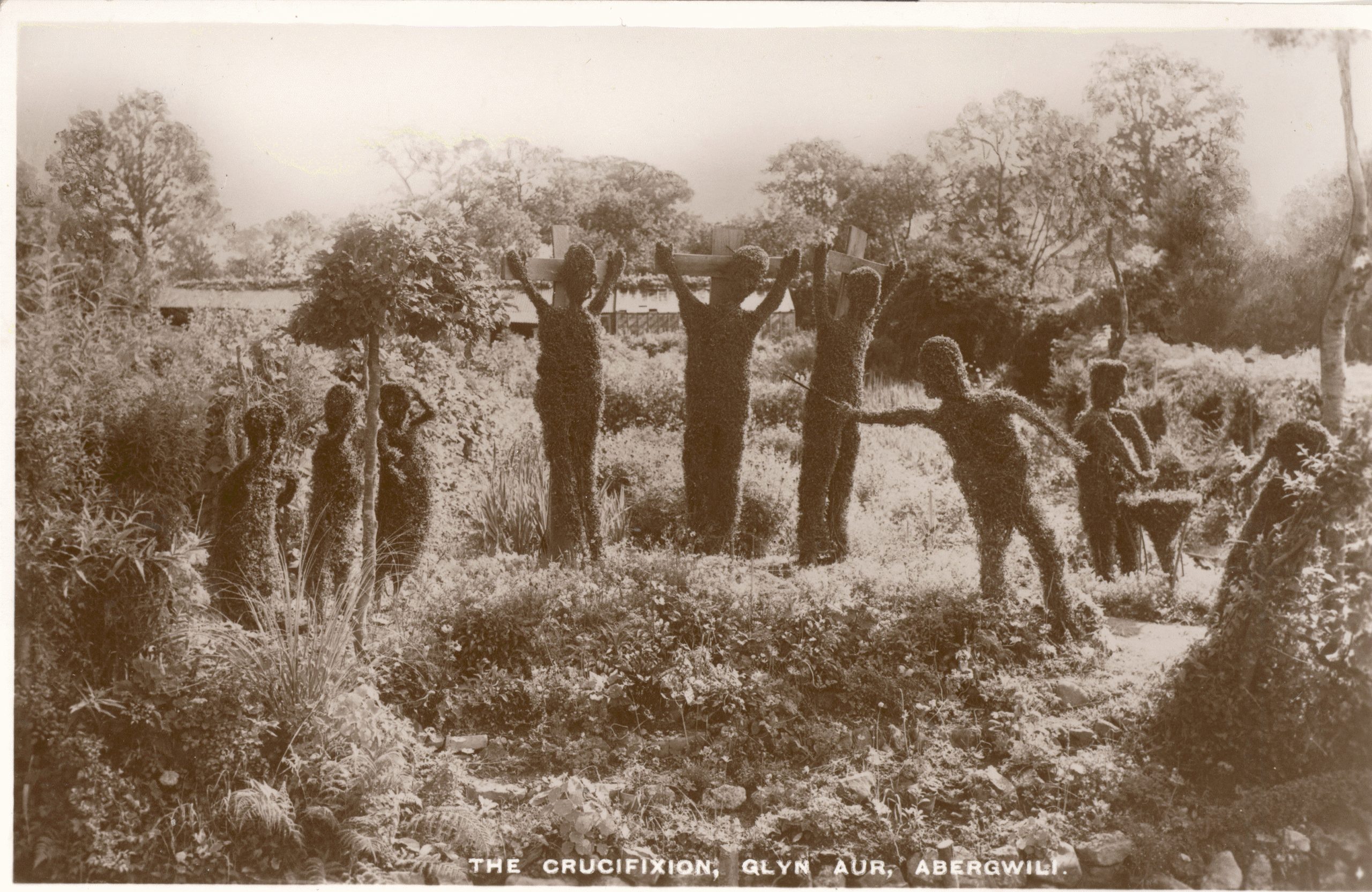 The Crucifixion as depicted by topiary at Glyn Aur, Carmarthen

Today on Good Friday the Crucifixion is remembered. The Crucifixion has been depicted in many different media from paintings to tapestry. However, one of the most remarkable and relatively unknown depictions of the Crucifixion was in topiary in the garden of a small Victorian villa at Abergwili, Carmarthenshire.

This topiary garden, alas now gone, is known from a series of twelve postcards (four in colour and eight in sepia or black and white) published by Mr Glyn Davies of Glyn Aur. They show at least eleven different biblical scenes and were first re-discovered by our former Commissioner, Tom Lloyd, in 1995 and published in the Welsh Historic Gardens Trust Newsletter, number 8, 1995, ‘The Garden of Eden at Abergwili’.

Other biblical scenes included The Last Supper, The Flight to Egypt, King Herod’s Feast and John the Baptist’s Head on a Plate, The Garden of Eden, The Guarding Angel and On the March to Noah’s Ark.

Garden Topiary on Welsh postcards is fully discussed in a lovely article by C. Stephen Briggs and Peter E. Davis in Gerddi: The Journal of the Welsh Historic Gardens Trust, volume 5 (2008–9). This article shows that topiary wasn’t restricted to large country house gardens but found in cottage and villa gardens at the turn of the twentieth century.