CBHC / RCAHMW > News > The End of an Era: the Closure of the M4 Toll-booths 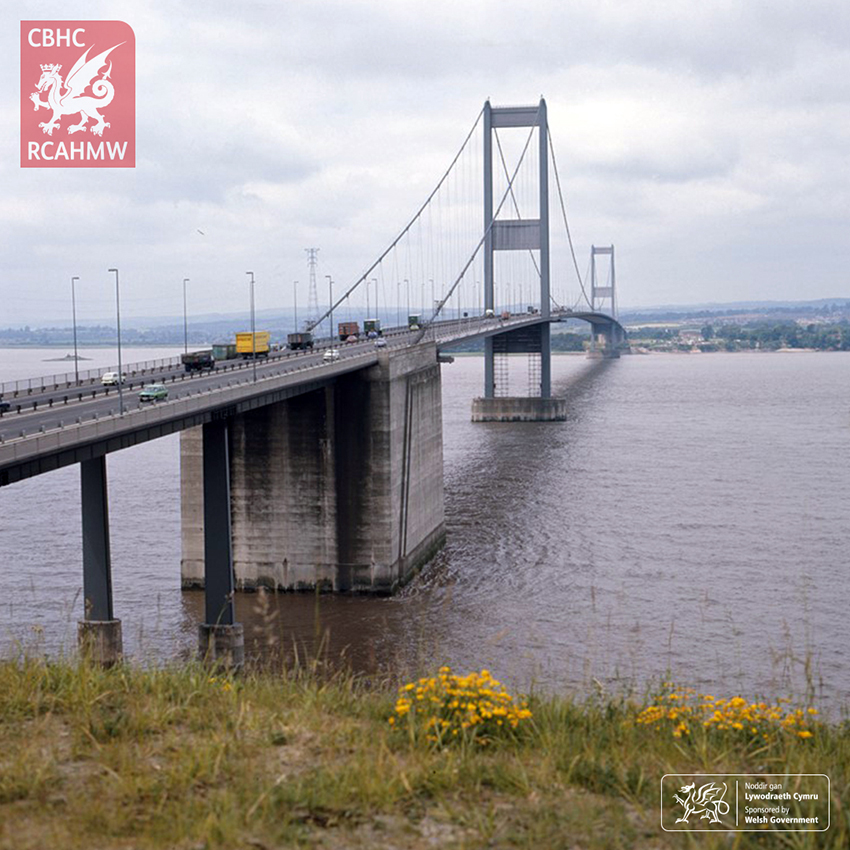 The End of an Era: the Closure of the M4 Toll-booths

The well-known M4 tolls plaza will cease to exist from Monday 17 December 2018. Fees have applied to motor vehicles using the bridges for some 52 years and Monday will see the reopening of the bridge with a formal ceremony, as motor cars and transport hauliers enter Wales (Westbound) toll-free along the M4.

It is believed to be the first time for about 400 years that crossing the Severn estuary by ferry or bridge will be free.

Profile: Total length (including the Wye cable-stayed bridge): 2,992m (9,816ft), built at a cost of £8 million. It was opened on 8 September 1966 by Queen Elizabeth II, and on 26 November 1999 it was given Grade I listing by English Heritage. The Gateway to Wales is mostly in Gloucestershire.

Building the Second River Crossing took four years (from 26 April 1992-96), and it was to the design of Sir William Halcrow & Partners and the French civil engineers, SEEE, and architect Ronald Weeks of the Percy Thomas Partnership as architectural consultants. It was constructed by John Laing Construction and French construction company GTM-Entrepose. It is further southwest than the Severn Bridge and marks the lower limit of the River Severn and the start of the Severn Estuary.

It was renamed the Prince of Wales Bridge at a ceremony on 2 July 2018.

With an estimated 25 million journeys a year made across both bridges, the M4 toll-booths to Wales have become a familiar sight for commuters and visitors alike as they pay and wait for the barrier to rise. However, from Monday 17 December, drivers from England will be able to explore Wales without paying a toll.

I’ll always know it as the Severn Bridge anyhow, to me it means a “homecoming” .The Prince of Wales Bridge means nothing to me. And I’m sure to a lot of other Welsh people.