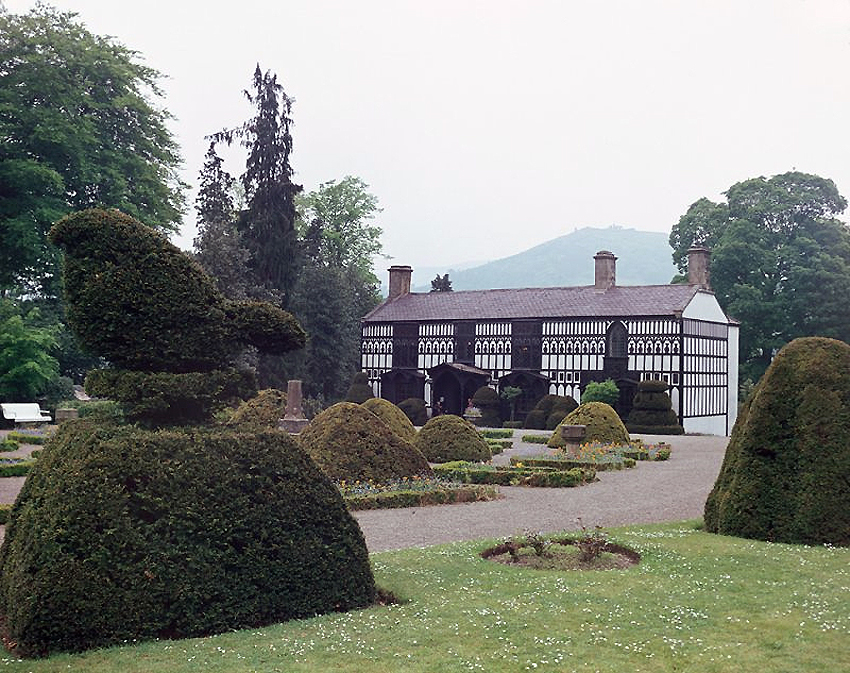 The Ladies of Llangollen

Throughout February events will be taking place across the UK to recognise the contribution of lesbian, gay, bisexual and transgender (LGBT) people to British history. The first LGBT History Month in Britain was in 2005, with Wales launching its own annual programme of events in 2011.

LGBT history is a relatively modern area of study. Simply finding LGBT people and experiences in the history books, archives and museums stores is challenging and often controversial. However, one of the most famous examples of a same-sex relationship in British history is found right here in Wales.

Plas Newydd. In her diary, Eleanor Butler often wrote that ‘my beloved and I went the Home Circuit.’ This was a short walk around the garden at Plas Newydd, which they would take at a run in bad weather. NPRN 27760 DI2006_1033

On a spring night in April 1778, two upper-class Irish women ran away from their family homes in County Kilkenny, south-east Ireland. Lady Eleanor Butler (1739 – 1829) and Sarah Ponsonby (1755 – 1831) caused great scandal among their contemporaries when they conspired together to escape unwelcome marriage proposals and an unwanted future as married women. Fleeing across the Irish Sea, they eventually settled in an unassuming two-storey cottage known as Pen y Maes in the quiet rural village of Llangollen in north Wales in 1780.

Together, they refurbished and extended Pen y Maes and its grounds which they renamed Plas Newydd. Plas Newydd (New Place) gave Eleanor and Sarah the freedom to live the life they wished for together completely contra to the expectations of the day. Eleanor and Sarah, who became known as the Ladies of Llangollen, were seemingly untroubled by the controversy their lifestyle caused. Supported by a modest income provided by disapproving relatives they redeveloped Plas Newydd in a gothic style, with triple-arched windows, stained glass and ornately carved oak interiors. The Ladies were visited at home by many notable figures of the day, including the poets Wordsworth, Shelley and Byron who venerated their extremely close relationship. Even political figures, such as the Duke of Wellington, visited them and kept up the tradition of bringing a piece of wood to decorate both the interior and exterior of the house as a gift for their hospitality.

The improvement of the house and grounds was a lifelong project for the women, and is the subject of much comment in their letters and diaries. The Royal Commission’s archive holds plans and photographs of Plas Newydd that show many of the enhancements they made.

Eleanor Butler died in 1829 and was buried at the St. Collen’s Church in Llangollen. Sarah Ponsonby passed away two years later, and was interred in the same grave, along with their faithful housekeeper, Mary Carryl. The Ladies had lived and had a life together at Plas Newydd, for more than fifty years. Though the nature of their relationship remains a subject of debate, Plas Newydd stands as a legacy of the unconventional life they made together.

Plas Newydd is now a museum in the ownership of Denbighshire County Council, and is open to the public.

More information about Plas Newydd, including a list of archive material, can be found on Coflein.