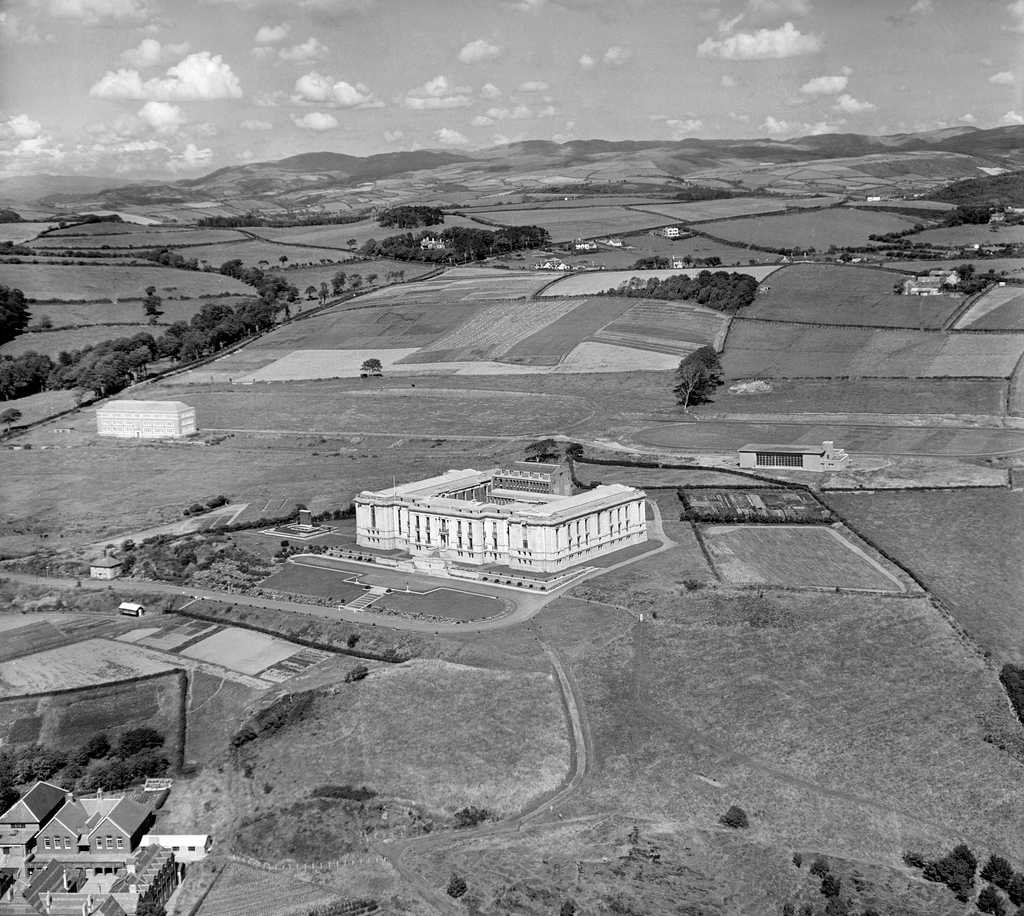 The Long, Winding Road to the Modern Public Library in Wales

Wales has a long and fascinating literary history. However, prior to the advent of the modern public library, Wales’s manuscripts and books were held in a variety of private, ecclesiastical, educational, or institutional collections, housed in a wide array of buildings. Throughout the early modern period, political, social, and ecclesiastical upheavals dispersed, disrupted, or even occasionally destroyed longstanding collections of texts. However, the return of more settled circumstances from the late seventeenth century created an environment more favourable to the accumulation of literary collections.

Following the Restoration, concerns for the souls of Welsh people brought about several concerted efforts to increase literacy rates and distribute religious texts. These educational efforts corresponded with a marked increase in Welsh printed materials, particularly as Welsh publications began to issue from Welsh towns. From the early eighteenth century, the Society for the Promotion of Christian Knowledge (S.P.C.K.) established four diocesan libraries and parochial libraries for the use of local clergy. It also established a system of lending libraries and children’s libraries, usually housed in buildings central to the community such as parish churches, as well as providing books to every prison in Wales. Welsh cathedrals including St David’s also retained their libraries after the Reformation. The literary and scholastic needs of Nonconformists were not neglected. Library collections were established at dissenting academies and housed in chapels and meeting houses.

Meanwhile, the establishment of literary societies, commercial circulating libraries, and subscription libraries responded to polite taste for books. These thrived and some would even eventually form the core collections for later public libraries. Some gentry were also keen to accumulate libraries. Perhaps the best example was Thomas Johnes’s grand library at Hafod. The ‘Ladies of Llangollen’, Eleanor Butler and Sarah Ponsonby, also kept a library of several thousand works at Plas Newydd, suited to the polite tastes of the ladies and their famous visitors.

From the late seventeenth century, and especially in the eighteenth century, the growing interest in antiquarianism led not only to the collection of printed works but also unique Welsh manuscripts. Perhaps the single most important collection was that assembled by Robert Vaughan at Hengwrt. In 1849, these passed to the antiquarian W. W. E. Wynne and the collection moved to Peniarth, where it remained until it came to the new National Library of Wales in 1909.

From 1850, legislation enabled local authorities to establish public libraries, funded through local rates, subject to local approval. In 1861, Cardiff was the first town to take advantage of the Public Libraries Act 1850, but elsewhere uptake of public libraries under the act was slow, with only twelve adoptions by Welsh local authorities by 1894, half of which incorporated existing local library collections.

The reasons for this reflect the multiplicity of library provisions already available to Welsh communities. Taking Merthyr Tydfil as an example, several ‘public’ libraries were already in operation by the 1850 Act. A workmen’s library had been established at Dowlais as a part of Lady Charlotte and John Josiah Guest’s educational initiatives of the mid-1840s, followed by the establishment of a ‘public’ subscription library and museum in Merthyr Tydfil itself in 1848.

Both these libraries were established with the aim of encouraging autodidactic learning among the working classes, possibly most strikingly exhibited in the establishment of the Gladstone Library. It was not only middle-class concern for the education of labourers which resulted in libraries. From the 1890s, the working classes established their own collections at workingmen’s institutes funded largely, usually wholly, from their own wages. By 1910 most mining settlements in the south Wales coalfield had an institute and library.

The Scottish-American philanthropist, Andrew Carnegie, also contributed to the establishment of public libraries in Wales. Carnegie assisted in the building of thirty-five known public libraries in the first decades of the twentieth century throughout the nation, often to innovative designs.