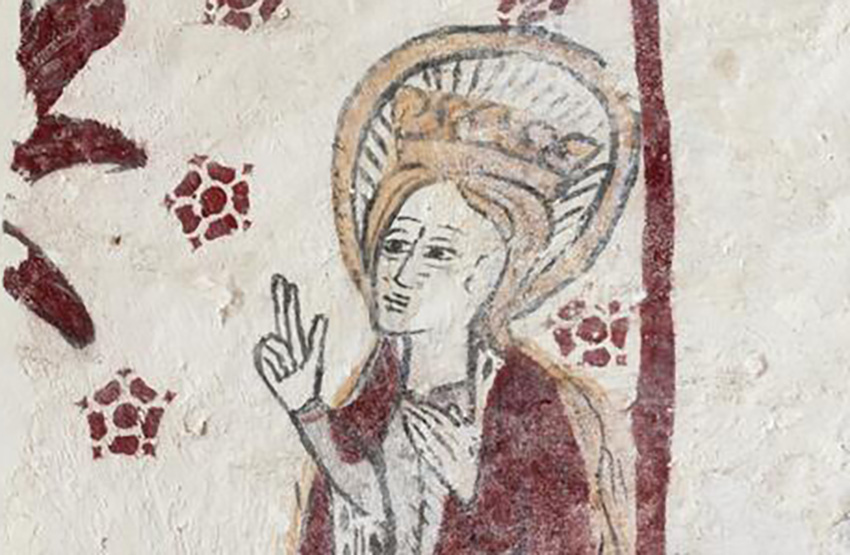 May: The Month of Mary

As the siege of Mariupol reaches its tragic conclusion, it is poignant that these ghastly events are taking place in the month of May. May, of course, is regarded as the month of Mary in the Catholic Church which dedicates the whole month of May to the Blessed Virgin Mary. ‘May Crowning’, is popular in both Orthodox and Catholic churches. In this ceremony an icon or statue of the Virgin Mary is ceremonially crowned in the parish church on 1 May to signify her as the Queen of Heaven and Mother of God. Mariupol means ‘City of Mary’ in Greek, although it comes as a surprise to discover that the Mary immediately honoured by this name was apparently Princess Maria, the wife of Crown Prince Paul, later Emperor of Russian between 1796 and 1801. The city was renamed Zhdanov in 1948 after Andrey Aleksandrovich Zhdanov, a high-ranking Communist Party official who had been born there. Tellingly, the city’s earlier name, Mariupol, was restored as recently in 1989 and the origin of the name is often forgotten.1

Many places have been named after Mary in Europe and further afield and Mariupol illustrates the complexities of place names. The Royal Commission’s List of Historic Welsh Place Names provides a guide to all those places named after Mary in Wales. Many of the churches dedicated to Our Lady have given their names to the villages that have grown up around them. Given the widespread nature of Catholic devotion to Our Lady in Wales before the Reformation (as attested by texts such as Gwasanaeth Meir, a Welsh translation of a Marian liturgy2) the sheer number of Marian churches meant that it was necessary to have some way of distinguishing between them. In some cases, such as Llanfairfechan (small church of Our Lady) this was done through a physical description of the church itself. In others, the name of the local area was given, to identify in which part of Wales the village was, such as Llanfair-yng-nghornwy in Anglesey, or Llanfair Dyffryn Clwyd. Another common device was to make reference to the toponomy of the area in which the church was situated, such as Llanfair-ar-y-bryn (Our Lady’s church on the hill) in eastern Carmarthenshire, or Llanfair Nant-y-gof in Pembrokeshire. An interesting variation on this theme can be found in Llanbrynmair, Montgomeryshire, with the hill, rather than the church, being dedicated to Mary, and providing the name – although the church is still called St Mary’s.

The same tendency can be observed in English language place names, such as St Mary Hill (Eglwys Fair y Mynydd) and St Mary Church (Llan-fair) in Glamorgan. The Welsh name for Knelston in Gower, Llan-y-tair-mair is worthy of mention too, commemorating as it does St Mary Magdalen, and Mary the wife of the apostle Cleophas, as well as the Virgin Mary.

The tradition of pilgrimage to holy wells has also left its mark upon Wales’s place names, with wells dedicated to Our Lady, Ffynnon Fair, being found up and down the country. Perhaps the most famous of these is the well at Pen-rhys in the Rhondda, from which flows Nant Ffynnon Fair. Pen-rhys was one of the most important pilgrimage sites in pre-Reformation Wales, due to the miraculous appearance of a statue of Our Lady at the site. By 1538 Pen-rhys was important enough for Thomas Cromwell to order the removal of the statue, “as secretly as might before fear of local revolt”. The statue was then sent to London to be burned.3 The immediate post-Reformation period saw various attempts to revive pilgrimages to this site and others,4 and they were finally successfully revived in 1936.

The dedication of churches to Mary resumed after the passing of the Roman Catholic Relief Act in 1829, such as the churches of St Mary in Carmarthen, Tremeirchion and Bridgend, which had all been built by 1900. The tradition continues today, with various churches in the diocese of Menevia, such as Our Lady of the Angels and St Winefride, Aberystwyth, Our Lady of the Rosary, Ammanford, and Our Lady of Perpetual Succour and St Nicholas, Knighton, being named for her. These and hundreds of other Marian place names can be found in the List of Historic Place Names of Wales.

Finally, it may be noted that pre-Reformation images of Mary are very rare in Wales. However, a very striking image of Mary was discovered in about 2010 painted on the south aisle wall at St Cadoc’s Church, Llancarfan. In the wallpainting, Mary is blessing St George who is killing the dragon. Mary is depicted crowned and with long hair and wearing what has been interpreted as a laced maternity gown under her ermine-lined red mantel. This depiction of Mary with her right hand raised in blessing appears to be unique and is discussed in our recent book on wallpaintings by Richard Suggett, Painted Temples Wallpaintings and Rood-screens in Welsh Churches, 1200–1800. Another very faded image at St David’s Cathedral is also interpreted as a depiction of Mary but there is no certainty. To find out more about the wallpaintings at St David’s Cathedral, please join us at 2pm on 16th June at the Cathedral for a Walk and Talk led by the author, Richard Suggett. A limited number of tickets for this rare event are still available.