SS AGBERI: The silent herald
The sinking of the SS AGBERI is an event that, at first glance, has not received much attention among scholars, the media, or the wider public. However, when placed in the wider context of the 1st World War, it is plain that the details surrounding her destruction show some of the most important developments of the war at sea. 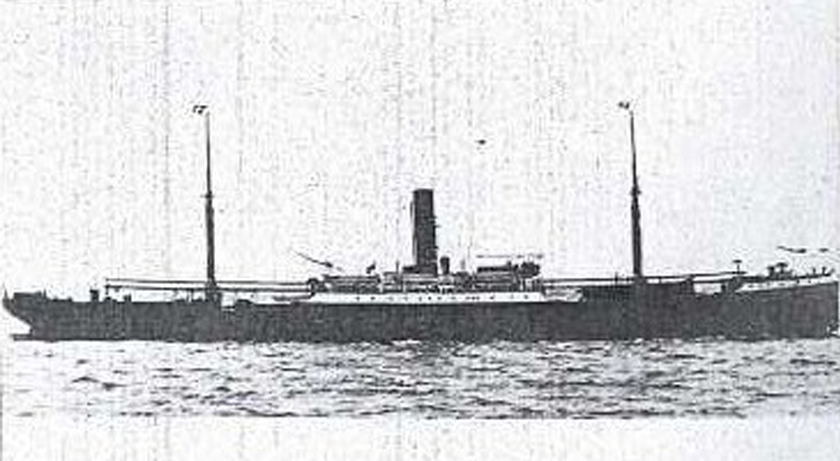 Career and sinking
Much of her career between 1915 and 1916 had been comprised of 4 trips between Russia and Brest, carrying Russian troops to France for the Tsarist government. 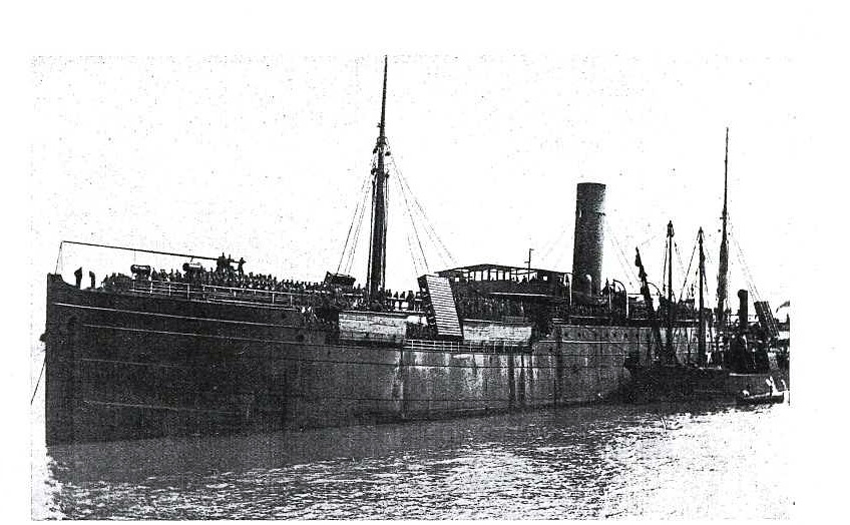 By Christmas Day 1917, she was undertaking cargo and passenger shipments. Captained by J.C Shooter, he was sailing from Dakar, Senegal, to Liverpool with a general cargo of ivory and silver specie as part of a convoy when the attack occurred. At 2:42pm, a torpedo hit her on the Port side. All the lifeboats were destroyed in the explosion, but the crew and passengers managed to get into the remaining small-craft on board and leave the ship before she sank.

The ever-present Holyhead Stanley Sailor’s Hospital was ready to receive survivors. Between 35 and 63 survivors were landed at midnight at the hospital to receive expert care.

The Stanley Sailor’s Home with accommodation block to the right of this image.

Holyhead Hospital
Officially, there were no casualties, though it is possible that the death of Greaser J McStein may be linked with the sinking. Media coverage of her sinking, in either Welsh or British newspapers was potentially minimal to non-existent. The sinking of the Apapa, with its high death toll, has received much more coverage in histories of the conflict and the shipping line. Steadily mounting losses in shipping trough 1915 and 1916, cultimanting in the nadir of 1,200,000 tons lost in 3 months in 1917, meant that the loss of a single ship would be unremarkable unless it featured especial notoriety or heroism.

The fate of U-87
It is when we examine the fate of her killer that we begin to see the significance of this ship. U-87 was a U-81 class submarine, with a good armament of 4 50cm torpedo tubes. 1 Tk 10.5cm/45 gun/ and 1 Uk 8.8cm /30 gun., and reliable engines in the form of 2 MAN 6-cylinder, 4-stroke engines in her 3rd watertight compartment. Built by KWD to 1165 tons displacement, and a 65.80 m length, she displayed good sea keeping in any maritime environment, and excellent manoeuvrability. She had a good war-record, having sunk 22 ships, the majority under Rudolf Schneider.

None of this was enough when the convoy escorts found her. Her current captain, Kapitanleuteutnant Rudolf von Speth-Schulzburg, would attempt to avoid the attentions of the convoy escort, but this would be in vain.

Previous research by the Royal Commission highlights the sheer speed of the response to Agberi’s crippling.

“The logbook of HMS BUTTERCUP, an Arabis class sloop, provides the briefest of overviews of what happened:

Within an hour, U-87 had been engaged, and shortly after that, sunk. Compared with previous sinkings by U-Boats, the speed of events was extremely fast. By clustering ships together, the hour long torments suffered by ships such as Penshurst as U-Boats circled around after a hit, or the vulnerabilities experienced by lone unescorted ships such as APAPA were all avoided. Furthermore, the U-Boats could be forced to attack well-defended targets, and destroyed in their own underwater environment by depth charge.

It is easy to attach significance to a little-known event in the cold Irish Sea. Nonetheless, the sinking of the Apapa  in late November, followed by the Q-Ship Penshurst, followed by the loss of Aberi, allow us to see within a single month a microcosm of the war at sea. Individual ships would be escorted- but remain vulnerable when alone. Q-Ships would try to lure the U-Boats to the surface, but would be stymied by new tactics. Only the aggressive patrols of convoy escorts would turn the tide.

Agberi now lies between 91 and 110 metres below the surface. As December draws to a close and the new year begins, let us remember the month of 1917, that bore witness to the innovation, bravery, and grim sacrifice of the 1st Battle of the Atlantic.

A full list of references is available on request.

The survivors of the sinking were brought to Holyhead on Christmas Day by the trawler ‘John Callaghan’ and the drifter ‘Berrie Braes’, both of the Auxiliary Patrol.