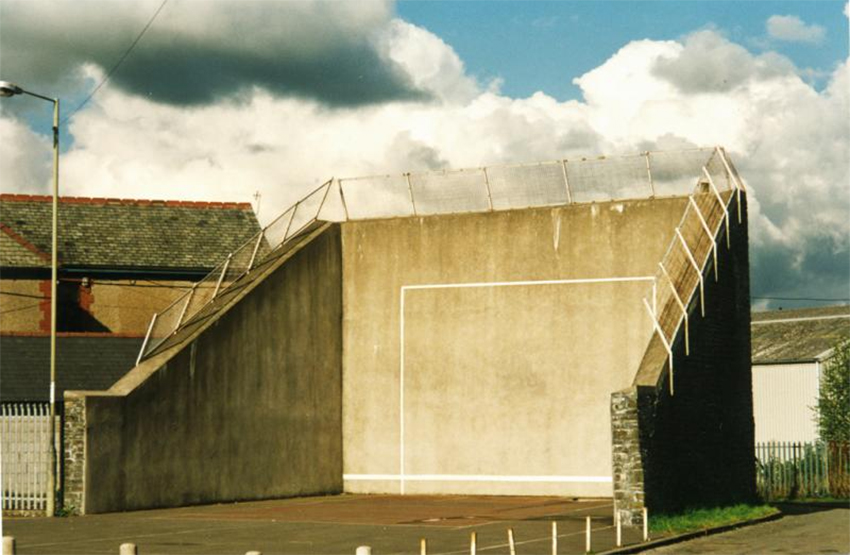 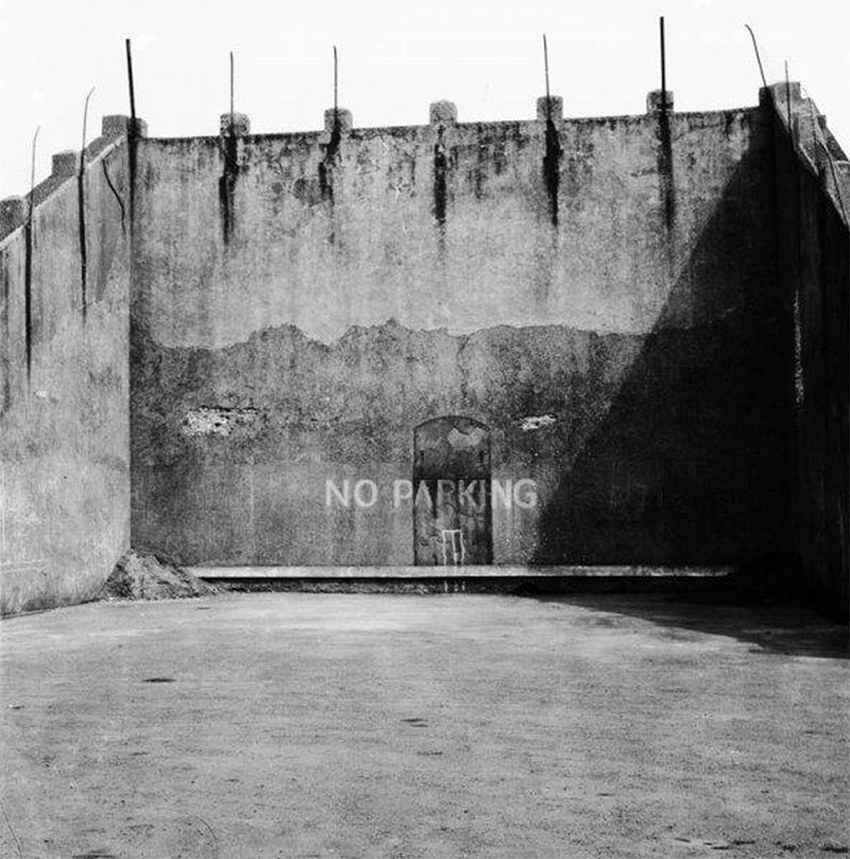 Handball is played using a hard, leather-cased ball with the hand against the side of a house, church or, from the 18th century, in an open-backed court usually near a public house. It was played in front of crowds for money prizes and betting. It is clear that the more aristocratic ‘Eton fives’ played at grammar schools in Wales was a world away from the working-class, often professional, game of handball that was played, mainly throughout Glamorgan.

Played using the palm of the hand, the ball was hit against the front wall before or after it had struck the floor once. Similar to squash without rackets, the object was to keep the ball out of the opponent’s reach but inside the bounds of the court. Play continued until a competitor failed to return a ball. Scores were marked on the front wall.

At Nelson, Glamorgan, the game was first played against a flat wall of the Nelson Inn (now The Village Inn). In c.1860 the landlord of the nearby Royal Oak then constructed a purpose-built court to entice customers from the Nelson. Irish immigrants who were working on the construction of the Great Western (Pontypool Road to Neath line), and Taff Vale Railways which both passed through the village, may have had a hand in the design of this court (handball in Ireland was, and is, a working-class sport played in ‘big alleys’ measuring 60’x30’).

The Nelson court was most famous from 1880 until the Second World War with an annual tournament lasting from May – August, accompanied by much betting. Wire netting was erected in 1913 after the building of nearby Police Station in 1910. Handball is still played there today.