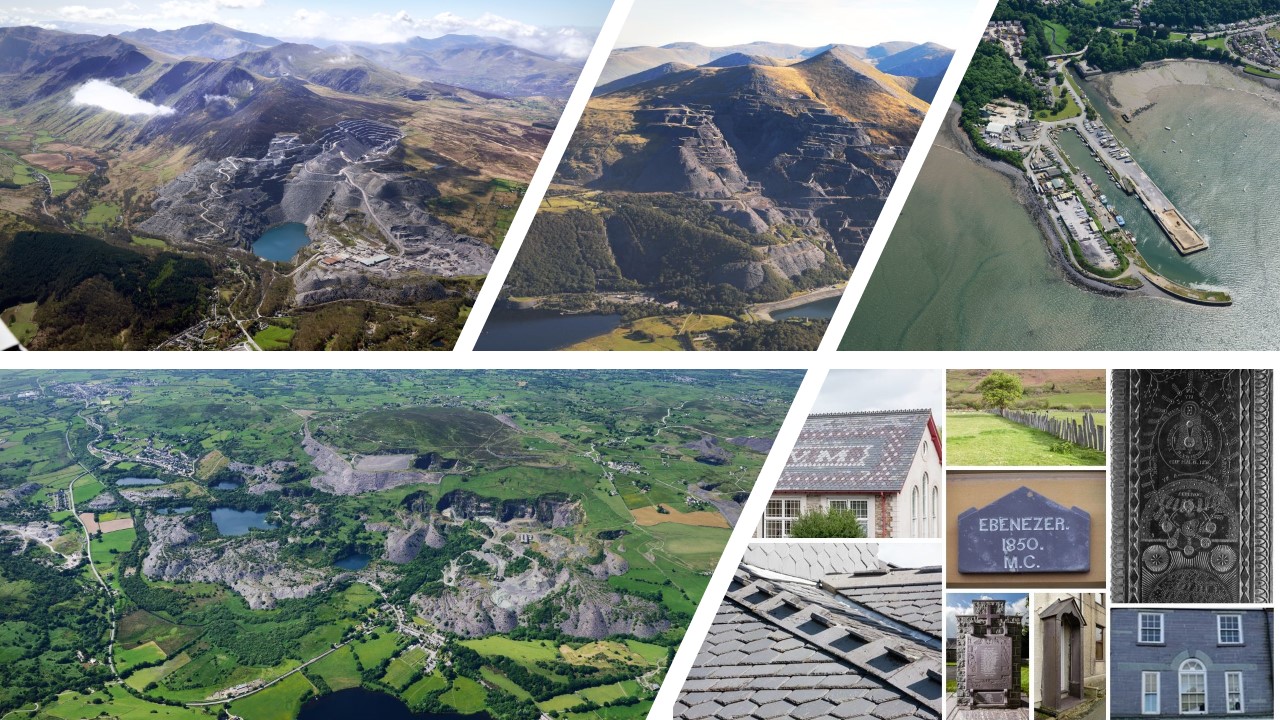 Earlier today, we were delighted by the announcement that UNESCO has designated the Slate Landscape of Northwest Wales as the latest World Heritage Site. The Slate Landscape joins the City of Bath, Old and New Towns of Edinburgh, Ironbridge Gorge, and Pontcysyllte Aqueduct as historic landscapes of Outstanding Universal Value in the UK, and it is the UK’s 33rd World Heritage Site and the 4th site in Wales.

The successful Nomination bid was led by Gwynedd Council on behalf of a partnership which included the Royal Commission, as well as the Welsh Government – Cadw; Snowdonia National Park Authority; Amgueddfa Cymru – National Museum Wales; Bangor University, and The National Trust. It is the culmination of many years hard work by the partners to record, safeguard and recognise the living legacy of the slate landscape of Gwynedd both locally and worldwide and, as today’s announcement has shown, they have been outstandingly successful. The Nomination document emphasized the importance of culture as well as industry, specifying: “the Slate Landscape of Northwest Wales … represents an exceptional example of an industrial cultural landscape that was profoundly shaped by large-scale slate quarrying and underground mining, and by the working and transport of slate for national and international markets.”

It emphasized that the Welsh language and culture of the Slate Landscape of Northwest Wales are integral to the nomination and that the landscape continues to inspire creativity. It is believed that the Nomination will increase pride in the slate communities, help regenerate the slate landscape from an economic and social perspective, and promote and celebrate the rich Welsh culture of the Slate Landscape.

He continued, ‘Here you can see the evidence for the entire slate production process, from hillside quarry and cavernous underground mines to the engine houses, wheelhouses and mills powered by ingenious water systems needed to work the slate; the inclines and aerial ropeways used to carry raw and worked slate from remote hills to tramways, and the narrow-gauge railways capable of negotiating mountainous terrain carrying slate to the harbours at Port Penrhyn and Porthmadog for shipment to all parts of the world.’

The Royal Commission’s extensive archive and expertise, led by senior archaeologist Louise Barker, made a fundamental contribution to the nomination document. On hearing the announcement, Louise said, ‘The inscription is the most wonderful news and the perfect ending to many years of work by the partnership. It’s been a privilege to have been so closely involved, to have worked with such a strong team and showcase this remarkable landscape.’

By the 1890s the Welsh slate industry employed approximately 17,000 workers and produced almost 500,000 tonnes of slate a year, around a third of all roofing slate used in the world in the late 19th century. The industry had a huge impact on global architecture with Welsh slate used on buildings across the globe, including Westminster Hall in London’s Houses of Parliament, Melbourne’s Royal Exhibition Building, and Copenhagen City Hall in Denmark. In 1830, half the buildings in New York had roofs of Welsh slate.

This is the time to celebrate the heritage of the Northwest Wales slate industry in all its rich diversity. The communities of the Slate Landscape of Northwest Wales continue to be innovative, and this designation as a World Heritage site recognises the distinctive cultural landscape of Welsh slate and its contribution to world history.

The landscapes that make up this World Heritage Site are:

To celebrate the successful nomination of the Slate Landscapes of Northwest Wales as a World Heritage site, our award-winning book ‘Welsh Slate’ will be on special offer with a £10 discount until the end of August. https://shop.rcahmw.gov.uk/collections/books/products/welsh-slate-archaeology-and-history-of-an-industry

Join us on 3 August with the Slate Partnership Group on a journey to visit the landscape, communities, arts, and young people of this iconic area at next week’s Eisteddfod AmGen on Y Lle Hanes Facebook page. Events will include talks, tours, and exhibitions, including a talk by Lord Dafydd Wigley, and a Lle-Chi walk by National Poet, Ifor ap Glyn.