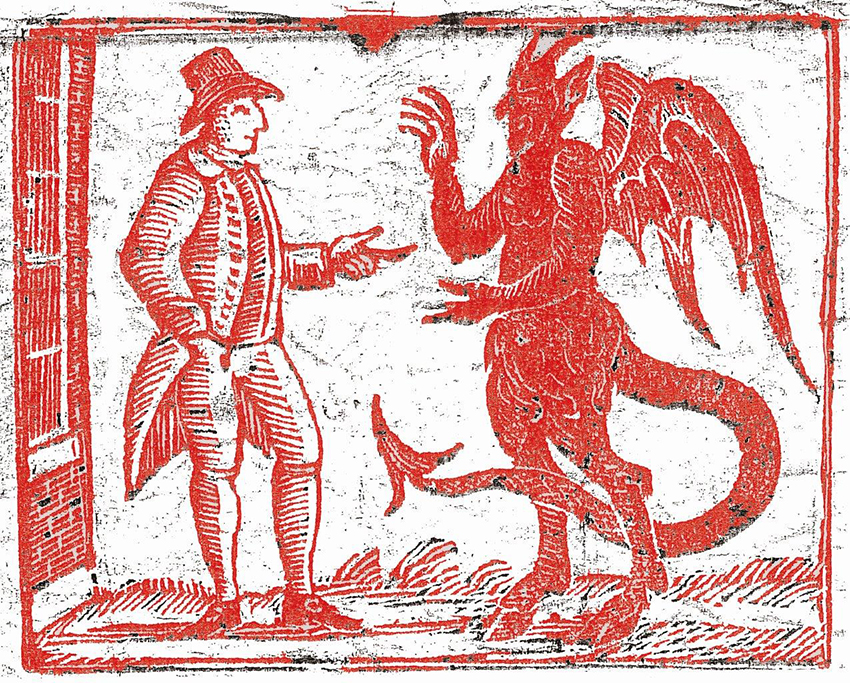 Halloween/Nos Calan Gaeaf approaches and thoughts will turn, perhaps a little apprehensively, to witches, ghosts and other beings. In Wales, perhaps more so than in other parts of the British Isles, the landscape is full of reminders of the spirit world: many places are associated with witches (gwrach), sprites (bwbach), ghosts (yspryd) and other ghastly beings.  To explore place-names associated with the supernatural, simply type in gwrach (or another word) into the Royal Commission’s Historic Place-names in Wales website and view the results.

What is the historical background to these place-names? A new book by Richard Suggett, RCAHMW’s Senior Architectural Investigator, explores the documentary evidence relating to witchcraft in Wales.* For the first time, the documentary evidence relating to Welsh witchcraft is published in full.  The written evidence surviving from some twenty cases has been fully transcribed in this new book. These texts reveal some remarkable events and personalities that have remained hidden for three hundred years.  In these cases we encounter suspected witches, cursers and healers, users of love magic and charms, believers in fairies, and several confidence tricksters who offered wealth and cures through supernatural means.

There were some forty prosecutions for witchcraft in Wales and five suspects were tragically hanged for witchcraft. Places and buildings associated with these trials can still be visited.  The remarkable Court-house (NPRN 23134) at Beaumaris, where Margaret ferch Richard was convicted of witchcraft in 1655 and afterwards executed, uniquely preserves its instructive and atmospheric interior. The beautiful west window and sixteenth-century roof at Dyserth Church (NPRN 300471), Flintshire, would have been familiar to the witnesses who gave evidence against Gwen ferch Elis, convicted and hanged for witchcraft in 1584. Ffynnon Elian (NPRN 32271), a ‘holy’ well near Abergele, that developed a grim reputation as a cursing well, remains a feature of the historic landscape.

Richard Suggett will be discussing the people and places associated with witchcraft in Wales at the National Library’s Drwm on 31 October 2018.  Tickets have now sold out but the lecture will be streamed live and available on Periscope.

From a Sandia Labs inter web It comes to me now that I am sure that there is a Welsh Mage maybe more of them. I work at Sandia Laboratory and was witness to the research done to study arcane practices in witchcraft. In a laboratory setting in a room with sensors of all kind and we studied self declared witches doing spells and charms with mixed results mostly all of those that participated didn’t register any changes in a normal setting. One group was very different. Three Welsh witches caused the particle sensors to light up. They claimed to… Read more »

Can you give some references for this story? I can’t find any information on Sandia doing research on such matters. What you report is of the greatest significance and I’d like to be able to quote it with some validation.

How would one order the book in the US?

Hi Ellen, you can order books with free delivery worldwide through the Book Depository – https://www.bookdepository.com/ . Hope this helps.

I just went to Book Depository – while they usually have what I want, in the case of Suggett’s book, it was not the case. Further suggestions welcome

It can be found on Amazon https://www.amazon.co.uk/Welsh-Witches-Narratives-Witchcraft-seventeenth-century/dp/1999946715/